United Airlines is an official partner and official airline of GFA, and the Matao and Masakåda. United is a major American airline that operates a large domestic and international route network spanning cities across the United States and all continents.

Macron is an official partner and official national team kit and apparel sponsor. Macron is one of the world’s top sports apparel and equipment provider out of Italy.

Fitogether is an official partner of GFA and the official EPTS of the Matao, Guam Men’s National Team. Fitogether specializes in football data analysis and is a FIFA-approved EPTS company based in Korea Republic.

Powerade is an official partner and the official sports drink of GFA. Powerade one of the world’s top sports drinks distributed locally by Foremost/Coca-Cola Guam, whose products also include Quench water, the official bottled water of GFA.

Moda Gino’s is an official partner of GFA and official custom suit service provider for GFA. Moda Gino’s is a local company that specializes in school and business uniforms, as well as Men’s Fashion Retail and customized suits.

Guam has made incredible strides in the world’s most beautiful sport in the last three years. Guam’s national program and its development already has been featured on FIFA.com, ESPN.com, BBC.co.uk, and many other international and local publications. With continued success at the senior level, and particularly with the 2018 FIFA World Cup qualifiers, the world will continue to keep an eye on the sport’s development here in Guam.

Most of Guam’s successful soccer athletes began here in Guam, playing in the incredibly popular Robbie Webber Youth Soccer League. Adult leagues also are popular, with more than 20 teams in the men’s league alone. Many teams also participate in futsal and beach soccer leagues. Women’s programs also are available, including the All-Girls League and the Women’s Leagues. 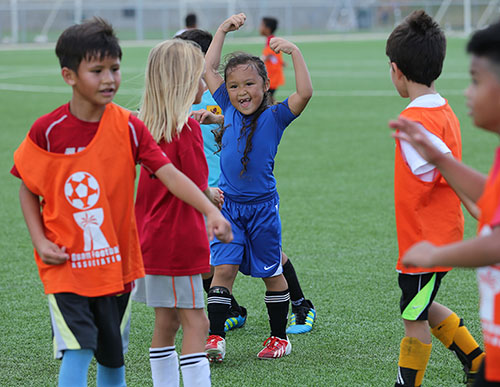 Check out our Activity Reports:

When you support GFA, you not only support the 5,000+ members, coaches and officials, but also an active and healthy lifestyle in the community. Already convinced or needing more information ? Contact Jill Espiritu today! Jill may be reached at 687 5530 or through E-mail at [email protected]. You may also download a sponsorship form here.