With the strength, honor and pride of the men’s national team as ambassadors for Guam through the sport of football, the team is proudly known in international circles as the Matao.

Matao is a word that refers to the people who belonged to the upper echelon of ancient CHamoru society. The best warriors, fishermen and chiefs were generally from this class of people. Guampedia.com states, “the matao were the nobles in CHamoru society, the highest-ranking individuals and leaders of clan and village groups.  They were the wealthiest and the most privileged of the different social classes.  They lived in settlements along the coastlines of the islands.  Because of their exclusive access to the lagoon, reef and the open ocean, the matao were sailors, traders, warriors, fishermen, and canoe-builders.”

The nickname Matao was first coined as the nickname of Guam’s men’s national team in 2012 and first used internationally during the team’s FIFA international friendly match against the Philippines on June 12, 2012 at Panaad Stadium in Bacolod.

Although the moniker was established in 2012, Guam’s appearance on the international stage began decades earlier in the 1970s at the South Pacific Games competitions. The team also played in the SPG editions in the 1990s and as recent as 2011 in Noumea, New Caledonia.

In the 1992, Guam gained membership to the Asian Football Confederation and four years later, gained full membership into FIFA, paving the way for the team to compete in more frequent tournaments at all levels in Asia – from as young as U13 to the senior level – and qualifiers for the FIFA World Cup. In 2002, Guam was one of the founding members of the East Asian Football Federation and the men’s team began playing consistently in EAFF tournaments from 2003. 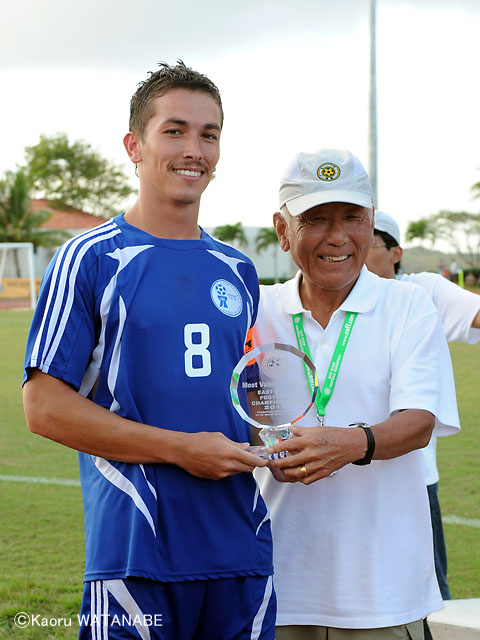 Guam won its first match against a FIFA member nation in 2009, a 1-0 victory over Mongolia in that year’s edition of the EAFF regional tournament. Christopher Mendiola scored Guam’s goal in the victory, assisted by Jason Cunliffe in the first half. Guam later qualified for the first time for the semifinal round of the EAFF tournament, qualifying again in 2012 and 2014. In 2016, Guam’s ranked higher than four other EAFF member nations to automatically qualify for the semifinal round. In 2018, Guam went 1-1-1 in the tournament’s preliminary competition Round 1 and did not appear in the semifinal round for the first time since 2009.

Guam’s second victory over a FIFA member nation came in 2011 at the South Pacific Games in Noumea, New Caledonia, a 2-0 win over American Samoa with goals from Dylan Naputi and Elias Merfalen.

Guam played in FIFA World Cup Qualification matches in 2001 and did not enter the tournament again until 2015, the first set of qualifiers for the 2018 FIFA World Cup Russia™. With a ranking high enough to automatically qualify for Round 2, the team drew the continent’s then-No. 1 country, IR Iran, Oman, Turkmenistan, and India. Following the first set of home and away matches in June 2015, Guam emerged as top of the group with two wins in two matches – with several firsts for Guam that included its first FIFA WCQ win, the first time Guam played host to a FIFA WCQ match, and the first time Guam sold tickets to an international match. Guam defeated Turkmenistan 1-0 on a Turkmenistan own goal from a long Ryan Guy throw-in, and later, in front of a full house at the GFA National Training Center, defeated India 2-1 with goals from Brandon McDonald and Travis Nicklaw. The team later drew 0-0 with Oman, as the GFA National Training Center remained a fortress for Guam in international competition. Guam’s first loss at home came against IR Iran, one of the Asian teams to qualify for the 2018 FIFA World Cup Russia™.

In Round 2, Guam drew China PR, Syria, Philippines, and Maldives and after playing five of the round’s home-and-away matches in 2019, will play the remaining three beginning May 30 in China PR in a centralized format. In Round 2, Marcus Lopez and John Matkin scored their first-ever FIFA World Cup Qualification goals. Lopez scored on a penalty kick against the Philippines in Guam and Matkin scored the first-ever away goal for Guam in FIFA World Cup Qualification, with his shot against the Maldives in Maldives in November 2019. 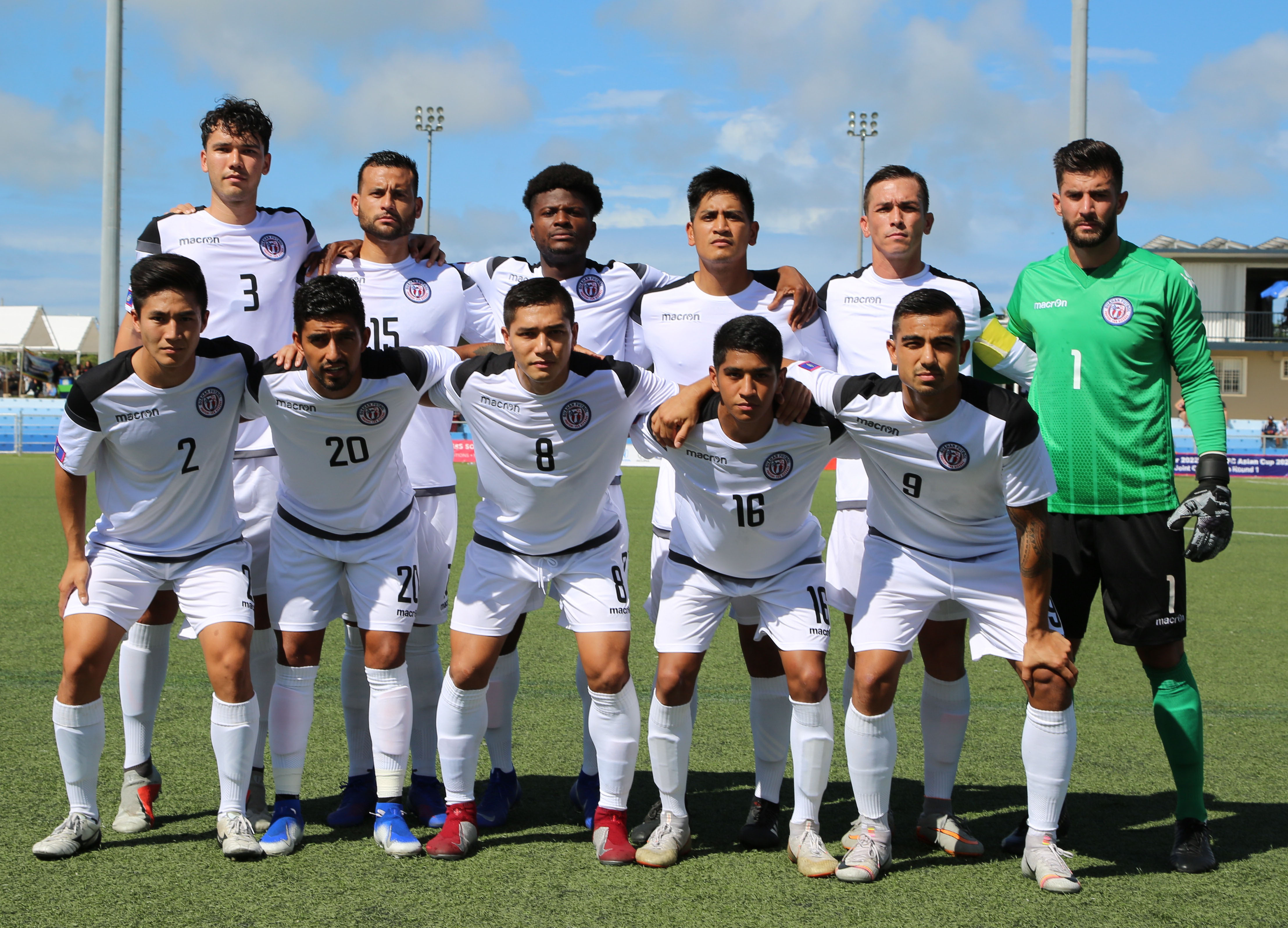 Pictured are players selected to the Starting 11 against Bhutan in a FIFA World Cup Qatar 2022™ and AFC Asian Cup China 2023™ Asian Qualifiers Round 1 match against Bhutan at the Guam Football Association National Training Center on June 11, 2019. The team’s 5-0 win currently is Guam’s largest ever victory margin over a FIFA member nation.