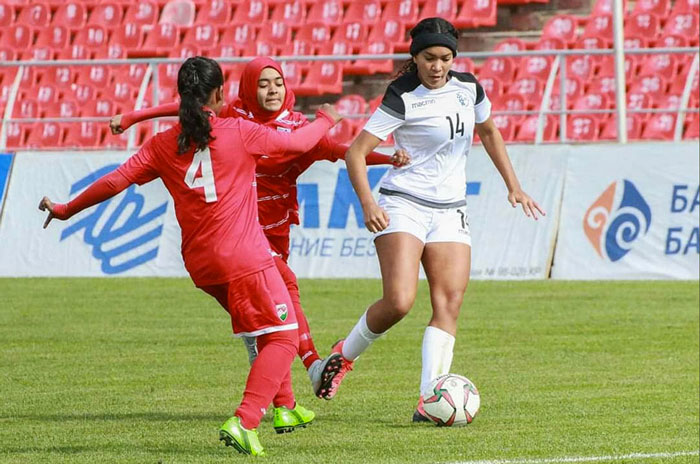 “We are all very pleased with today’s result,” said Maggie Phillips, Guam U19 Women’s National Team Head Coach. “We knew coming in that today’s game would be a stepping stone for Game 2 against Uzbekistan. Today, we worked to reinforce the playing style we have implemented over the last year. We started a little slow, but after calming down and getting into a rhythm, the girls were able to execute wonderfully.

“The icing on the cake was the pure enjoyment seen on the faces of each one of our players. Tonight, we let them celebrate and enjoy – tomorrow we get back to work and focus on Game 2, as it will be a difficult and high-paced game,” Phillips added.

Hannah Cruz and Lauren Phillips led all scorers with a hat trick each in the win. Isabella Bass, Sabrina Kenney, Isa Whalen, Rylee Guzman, and Ysabella Vasquez also put their names on the official score sheet with one goal each. Guam’s other goal came on a Maldives own goal in the 62nd minute.

Guam was drawn into Group C of the qualifying round and will play Uzbekistan, United Arab Emirates and the host country next week.

Fans will be able to watch the team in its upcoming matches during the tournament via the Football Federation of Kyrgyz Republic Internet TV channel:

Each link provided has the option to save the date on your device’s calendar. 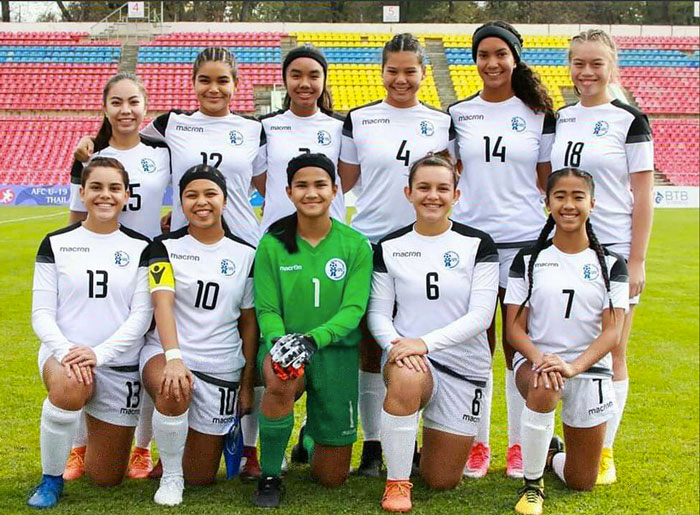 Guam’s starting 11 players pose for a photo ahead of its match against Maldives during an opening day match of the AFC U19 Women’s Championship Qualifier Group C at the Dolen Omurzakov Stadium in Bishkek, Kyrgyz Republic Saturday. The Young Masakåda, Guam U19 Women’s National Team, defeated the Maldives 12-0 in Asia’s first match of the tournament’s qualifying round. In the photo are, kneeling in the front row from left to right, Samantha Kenney, Hannah Cruz, Angelyn Sobrevilla, Sabrina Kenney, and Isa Whalen. Standing in the back row, from left to right, are, Thea Baker, Lauren Phillips, Celine Doronila, Isabella Bass, Ysabella Vasquez, and Rylee Guzman. Photo courtesy of Football Federation of Kyrgyz Republic.