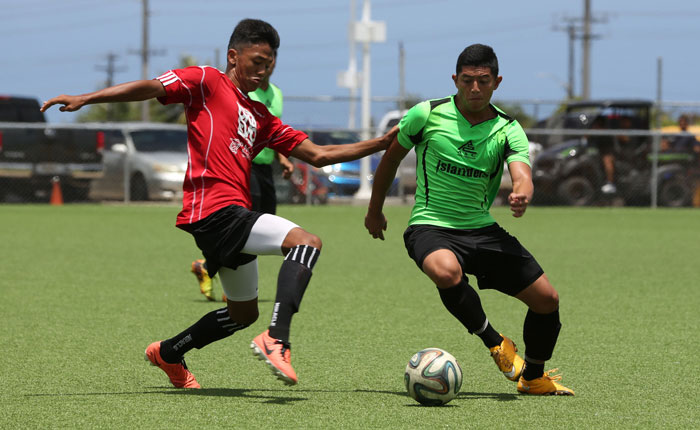 [May 3, 2015] – Wings Red made it three-in-a-row with a 6-3 win over the ASC Trust Islanders Betde in the U17A championship match of the Triple J Auto Group Robbie Webber Youth Soccer League Saturday at the Guam Football Association National Training Center.

“It feels great to help Wings Red take the championship again,” said Jordan Jasmin, one of the team’s younger players who moved up to the Wings Red U17A team this season. “It was a great opportunity for me to play alongside the older players who’ve won championships for the club at this level before and learn from them. For some, this was their final match in the youth league and I’m happy for them, finishing with a championship title.

“I definitely want to help the Wings defend its title again next season with other new players moving up to the team in the fall,” added the John F. Kennedy High School sophomore, who has been playing soccer since he was six years old.

The Wings Red’s Ricky Katsumata and Isiah Lagutang – who will reach the league’s age cap this summer and played in their final youth league match – each scored twice. Jasmin and Daniel Kim added one goal each for the winning team. Phillip Ogo scored twice for the Islanders and teammate Nicolas Cabuhat also scored.

In the battle for third place, No. 4 Quality Distributors upset No. 2 Strykers 3-1 in a penalty shootout after going scoreless in regulation time. Eddie Huang, Joshua Cepeda, and Jonah Sablan each converted their penalty kicks for Quality. Luke Reeder converted the Strykers’ lone penalty kick. Quality goalkeeper Ben Mills and Strykers goalkeeper Rhys Paynter had one save each.

In the fifth-place match, Wings Black defeated the Southern Cobras 2-0 with one goal each from Takumi Ito and Nichika Fermin.

Wings Red also won the league’s U12A division following its 1-0 win over the Guam Shipyard Wolverines. Nainoa Norton scored the lone goal in the contest, helping his team finish the season undefeated with over 100 goals scored in 10 weeks of play.

With the close of the season for most age divisions, youth clubs organized potluck celebrations for their players and families during the season-ending GFA Grassroots Jamboree. As a fun day for the younger age divisions, a special schedule, which included an array of quick, back-to-back matches with different teams, was set.

Matches in the U14 age division continues Saturday at the GFA National Training Center, with a tight race among the top teams for first place. 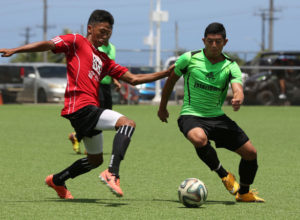 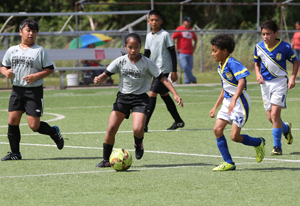 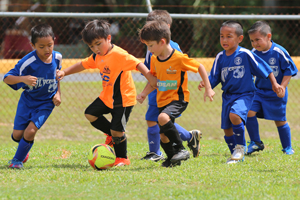 The Orange Crushers and the Guam Shipyard Wolverines play in a U6 Jamboree match of the Triple J Auto Group Robbie Webber Youth Soccer League at the Guam Football Association National Training Center. 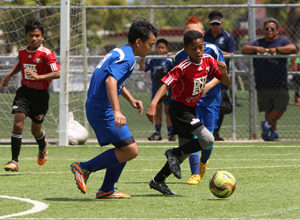 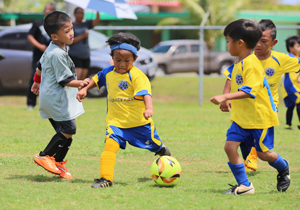 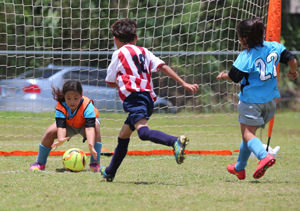 The Strykers and the Sidekick SC play in a U10 Jamboree match of the Triple J Auto Group Robbie Webber Youth Soccer League at the Guam Football Association National Training Center. 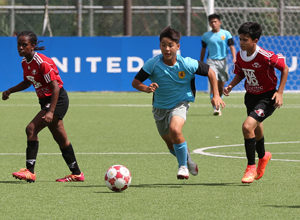 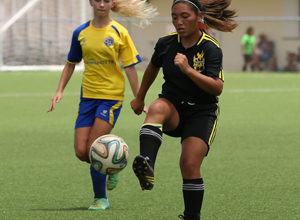