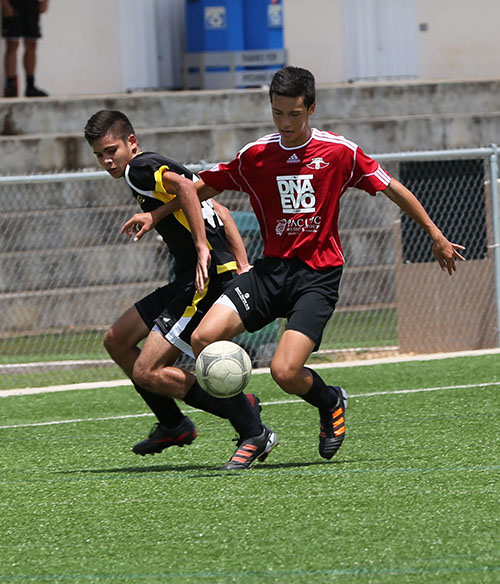 The Wings, undisputed champions of the U14 division, scored 37 goals and allowed only one in four playoff games, including the championship match.

A Sean Evans goal in the first minute gave the Wings the early 1-0 lead, but 15 minutes later, Community First managed to craft a goal-scoring play of its own. The team used a series of short passes from the right flank to eventually find Tyler Pangelinan unmarked in front of the goal, whose shot knotted the match and officially erased the Wings’ clean sheet in the playoffs.

The Wings wasted no time in the second half to create a goal-scoring rally. Three minutes into the half, Jordan Jasmin jumped on the scoring bandwagon finishing a pass from teammate Ritsuki Umeda, who drew out Community First’s keeper on his run. Two minutes later, Austin Kaplan charged into the goal with the ball following an Evans shot attempt from the left side. After another minute, Umeda knocked in a shot after going one-on-one with Community First’s keeper. Following the play, Community First put back in its starting goalkeeper, Ivan Joshua F. Galutira.

The Community First defensive line seemed to settle down, but later gave up a penalty kick opportunity for the Wings after a pushing foul against Evans in the box was called. Yae Kawauchi floated her shot over Galutira and put her team up 7-1. Evans completed a hat trick minutes later, drawing out Galutira and chipping his shot into the goal for the contest’s final score.

In the division’s other playoff match, Quality Distributors defeated the Strykers 3-1 to claim third place in the division. Sam Larkin, Willian Zheng, and Josiah Elwell each scored for Quality. Aidan Dickson scored the Strykers’ lone goal.

In the U17 division, the Wings Black stay in the top three of the standings after edging the Southern Heat 2-1 on goals from Marlon Evans and Ryo Sakane. Gideon Tyquiengco scored the Heat’s lone goal. In other matches, the Islanders Betde stay in first place with an 8-1 win over the Sidekicks, and the Wolverines defeated Quality Distributors Red 5-3.

The youth league continues Saturday with the U17 division.

The final drawing for 2013 Chevrolet Sonic in the Chevrolet Supersonic Sweepstakes, a fundraiser for local youth soccer clubs and teams, has been extended to September 28 to allow for more ticket sales. Youth clubs and teams will benefit directly from each $10 ticket sold by its respective club or team members.

For more information about the youth league, or to inquire about the fundraiser, call the GFA Main Office at 637-4321. 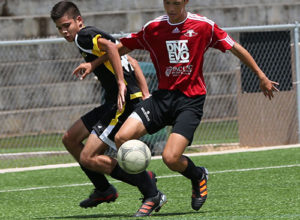 The Wings Black’s Marlon Evans stays in control of the ball under pressure from a Southern Heat defender in a match of the U17 division of the Chevrolet Robbie Webber Youth Soccer League at the Guam Football Association National Training Center. The Wings Black defeated the Heat 2-1. 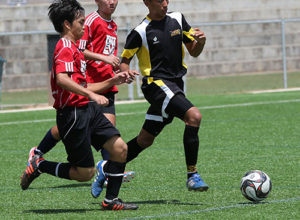 The Southern Heat’s Gideon Tyquiengco sprints through two Wings Black defenders during a match of the U17 division of the Chevrolet Robbie Webber Youth Soccer League at the Guam Football Association National Training Center. The Wings Black defeated the Heat 2-1. 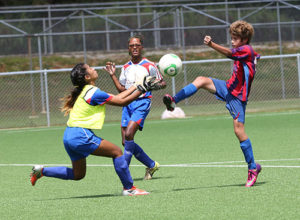 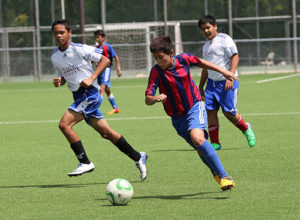 The Strykers’ Mateo Ortega sprints toward the goal during the third-place match of the Chevrolet Robbie Webber Youth Soccer League U14 division at the Guam Football Association National Training Center. Quality defeated the Strykers 3-1. 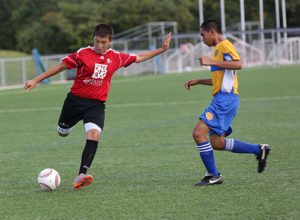 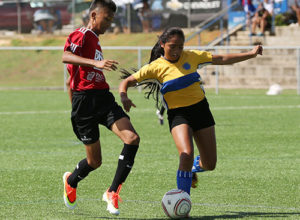 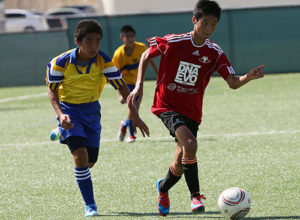 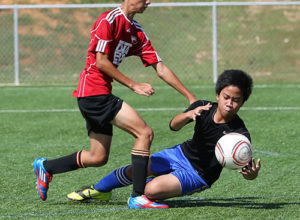