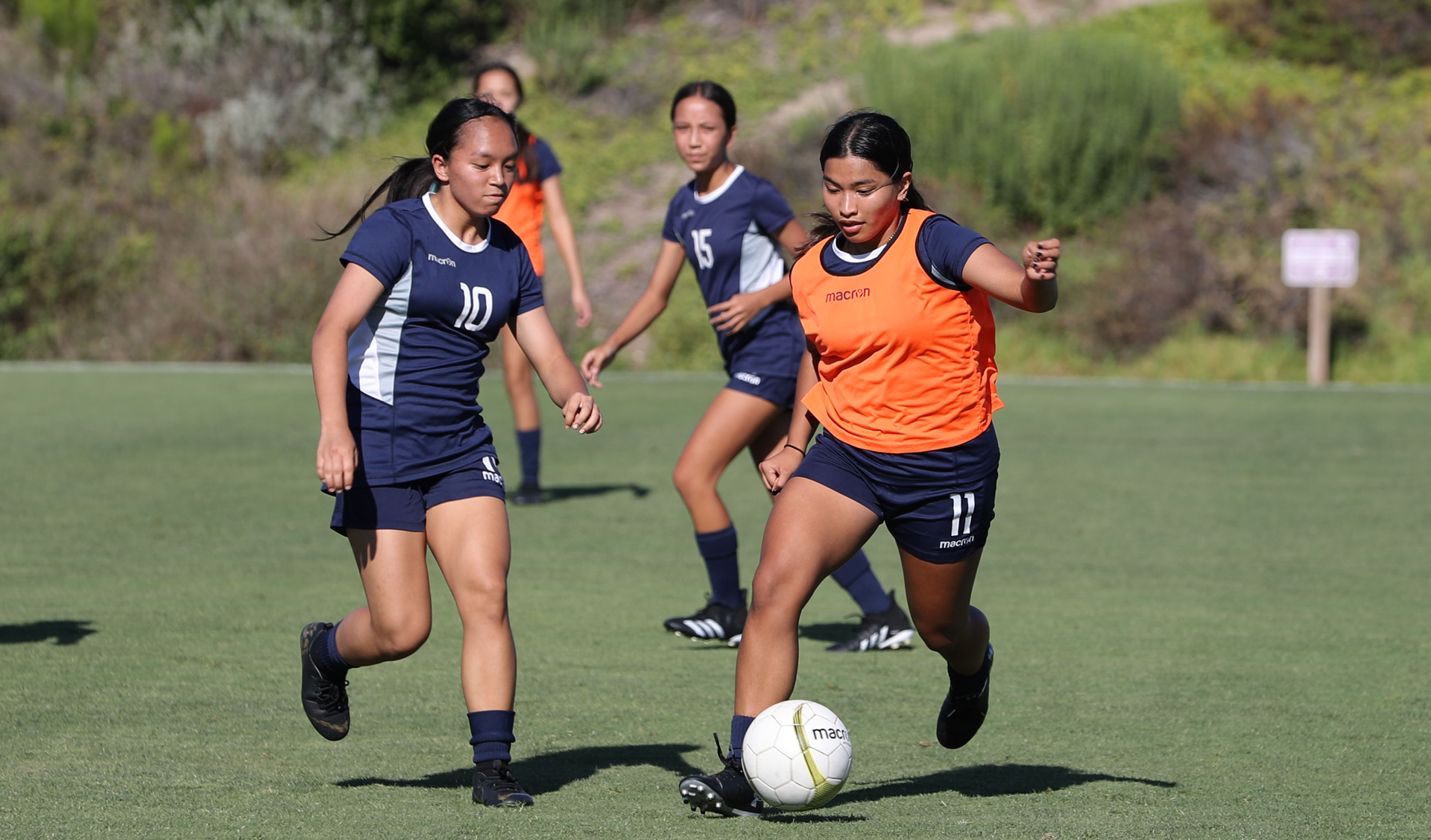 Posted at 09:04h in News, U17 Women's Tournaments, Women's Football by admin

Though the rare opportunity came at a short notice, Anita Manglona isn’t taking any shortcuts and relishing every minute of the elite player lifestyle.

“Honestly, this is such a different experience for me and I’m taking everything one day at a time here as we go,” Manglona said. “I don’t feel jetlagged, I don’t feel tired – of course the training sessions have been challenging, but it’s also been really fun for me. I really do hope we can have more opportunities like this one; I would definitely work hard to be selected to go again.

“I started loving the sport of soccer again from playing high school soccer and my high school coach (Coach Sam San Gil) highly encouraged me to train with the U17 squad. I’m really glad I did, because I have this great opportunity to travel and play soccer,” added the Notre Dame High School incoming junior.

Manglona started playing soccer when she was just five years old with Southern Heat and later played for the Guam Shipyard Wolverines until she started interscholastic soccer in middle school. Now 16 years old, she has already started to look at different U.S. colleges in various cities in California, Washington, Michigan, and North Carolina among others, and hopes to continue playing the sport at higher levels, the Inarajan resident said.

After a light training session the first day the team arrived in San Diego, Day 2 focused on conditioning in the morning session and tactics in the afternoon session, testing both the players’ physical and mental strengths.

“I hadn’t experienced two training sessions in one day before, so this is something different from previous times I’ve traveled for soccer,” said Mia Borja, who had been selected to play in tournaments in Singapore and Korea Republic. “It’s a new experience for me, but it will really help us for the tournament matches this weekend, when we will play two matches in one day on Saturday and one again on Sunday. I think we all have it down and know what we need to do and now, I just think we can use the next few days to improve our team chemistry and get ready for the weekend. Everyone’s been working hard to make sure we perform our best.”

Aside from work on the pitch, Borja said she’s also been researching the team’s opponents in the Copa del Mar tournament as much as possible to better prepare.

Borja first played soccer with the Bank of Guam Strykers FC in the U6 division for just one year and started to play again in interscholastic leagues in sixth grade. When she was in seventh grade, she was selected to train with other elite players in the United Airlines GFA Center of Excellence. A year later, she was selected to the team invited to the UEFA-FAS U15 Girls Tournament in Singapore. She also was called up to the team competing at the FIFA Forward Development Programme EAFF U15 Girls Football Festival in Korea Republic in 2019. She also played with the Islanders FC in the Bud Light Women’s Soccer League before the pandemic canceled the rest of the 2019-2020 season.

The incoming junior at Okkodo High School plans to attend a flight attendant school in Texas after high school. She also wants to continue to train as much as possible at GFA for future call-ups to camps and tournaments, as she had found a passion for traveling from the opportunities afforded to her from soccer.

The U17 Select Women’s team will play a training match Wednesday afternoon and have additional training sessions Thursday and Friday before the tournament matches at the San Diego Polo Fields. 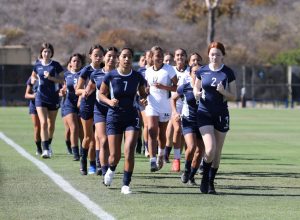 Mia Borja, No. 7, leads the warm-up run with teammate Taylor Stewart during a U17 Select Women’s Team afternoon tactical training session at the Chula Vista Elite Training Center Tuesday. The players are taking part in a training camp ahead of the 15th Copa del Mar Sharks Invitational Tournament, set to begin play July 11 at the San Diego Polo Fields. 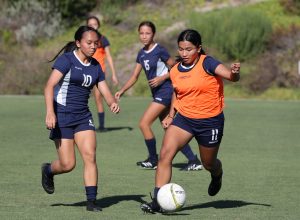 Anita Manglona, in orange vest, attempts to drive the ball past Victoria Rapadas during a U17 Select Women’s Team afternoon tactical training session at the Chula Vista Elite Training Center Tuesday. The players are taking part in a training camp ahead of the 15th Copa del Mar Sharks Invitational Tournament, set to begin play July 11 at the San Diego Polo Fields.

Cadence Guzman (in green vest) attempts to get past Dolores San Gil, No. 16, during a morning conditioning training session at the Chula Vista Elite Training Center Tuesday. The players are taking part in a training camp ahead of the 15th Copa del Mar Sharks Invitational Tournament, set to begin play July 11 at the San Diego Polo Fields. 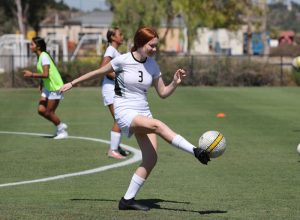 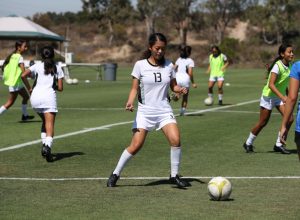 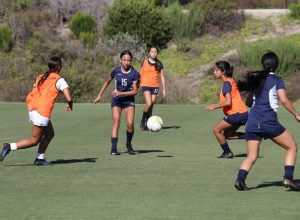 Kalle Damian, No. 15, passes the ball to a teammate past two defenders during a U17 Select Women’s Team afternoon tactical training session at the Chula Vista Elite Training Center Tuesday. The players are taking part in a training camp ahead of the 15th Copa del Mar Sharks Invitational Tournament, set to begin play July 11 at the San Diego Polo Fields.