U15 Boys National Team Return With Wealth of Experience 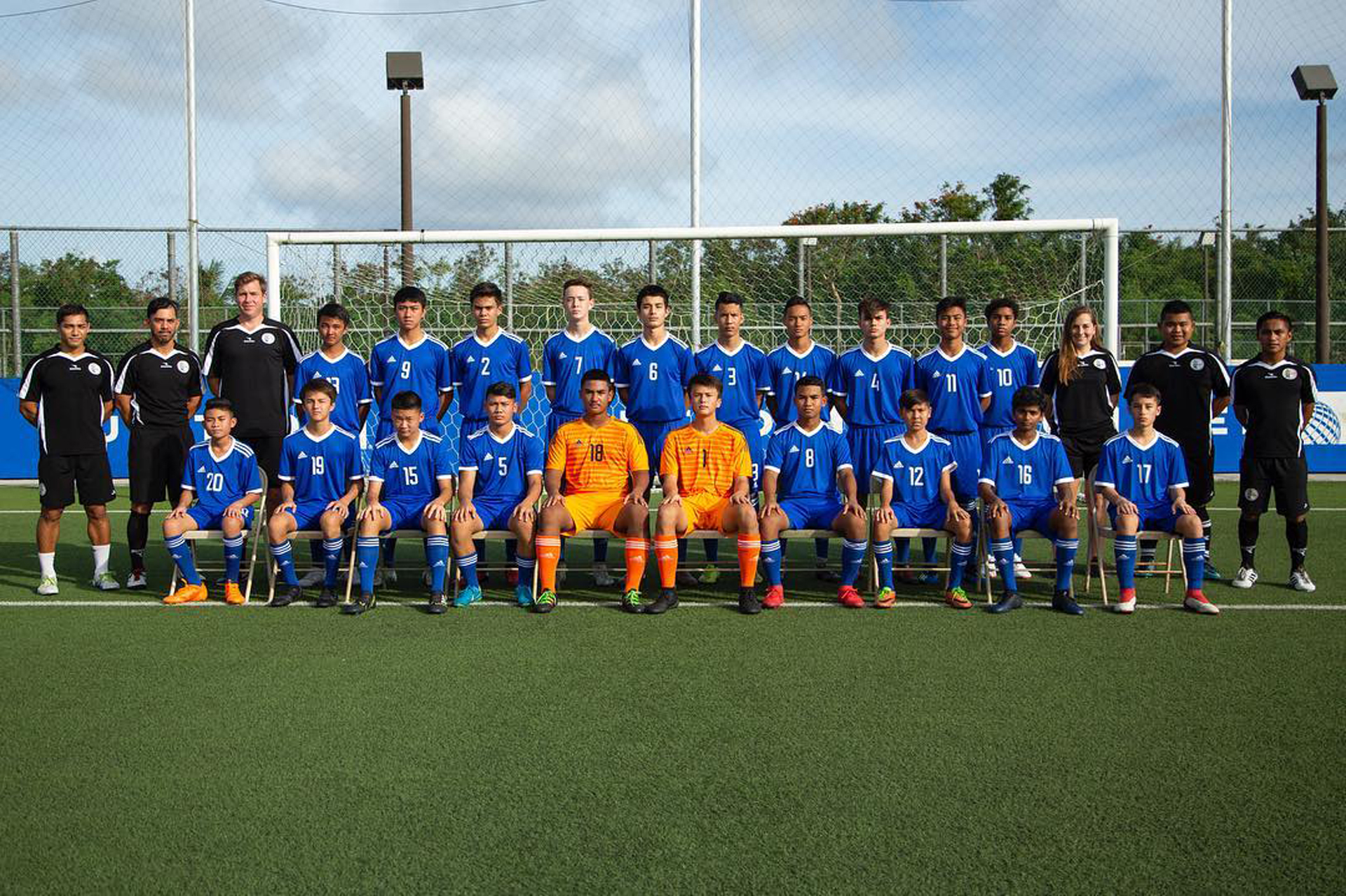 18 Feb U15 Boys National Team Return With Wealth of Experience

[July 29, 2018 – Harmon, Guam] – The Guam U15 National Team returns to Guam with a wealth of experience playing against their peers in the East Asia region following the conclusion of the EAFF U15 Boys Tournament in China, PR.

The team played five matches in six days, including matches against East Asian powerhouse teams like Korea Republic and DPR Korea in the final days of the tournament.

“It was a very good learning experience by playing against one of the best teams in Asia,” said teammates Martin Iseke and Nathan Toves via E-mail after the team’s match against Korea Republic. “You must play quicker and have better technique at the international level because you always have pressure on you from your opponent. We need to play like this speed back home in Guam.”

“In the first half, we played excellent football,” said teammates Kai Pahl and Justin Joseph via E-mail following the Macau match. “Our intensity was high and we had good communication. This match was a great learning lesson about football because we learned that at the international level, you cannot lose focus for a split second. We maintained our football style throughout the whole match and never changed our beliefs.”

More information, including match summaries, is available on the tournament’s Web page: https://eaff.com/competitions/eaff2018u15/index.html

Next for Guam’s national teams is the EAFF E-1 Football Championship Preliminary Competition Round 1 to be held in Mongolia in September. The tournament features both a men’s and a women’s competition. Both the Matao, Guam Men’s National Team, and the Masakåda, Guam Women’s National Team, will play against representative teams from Macau, Mongolia, and Northern Mariana Islands. The winners from both competitions will advance to the tournament’s second round, which is slated for November in Chinese Taipei.