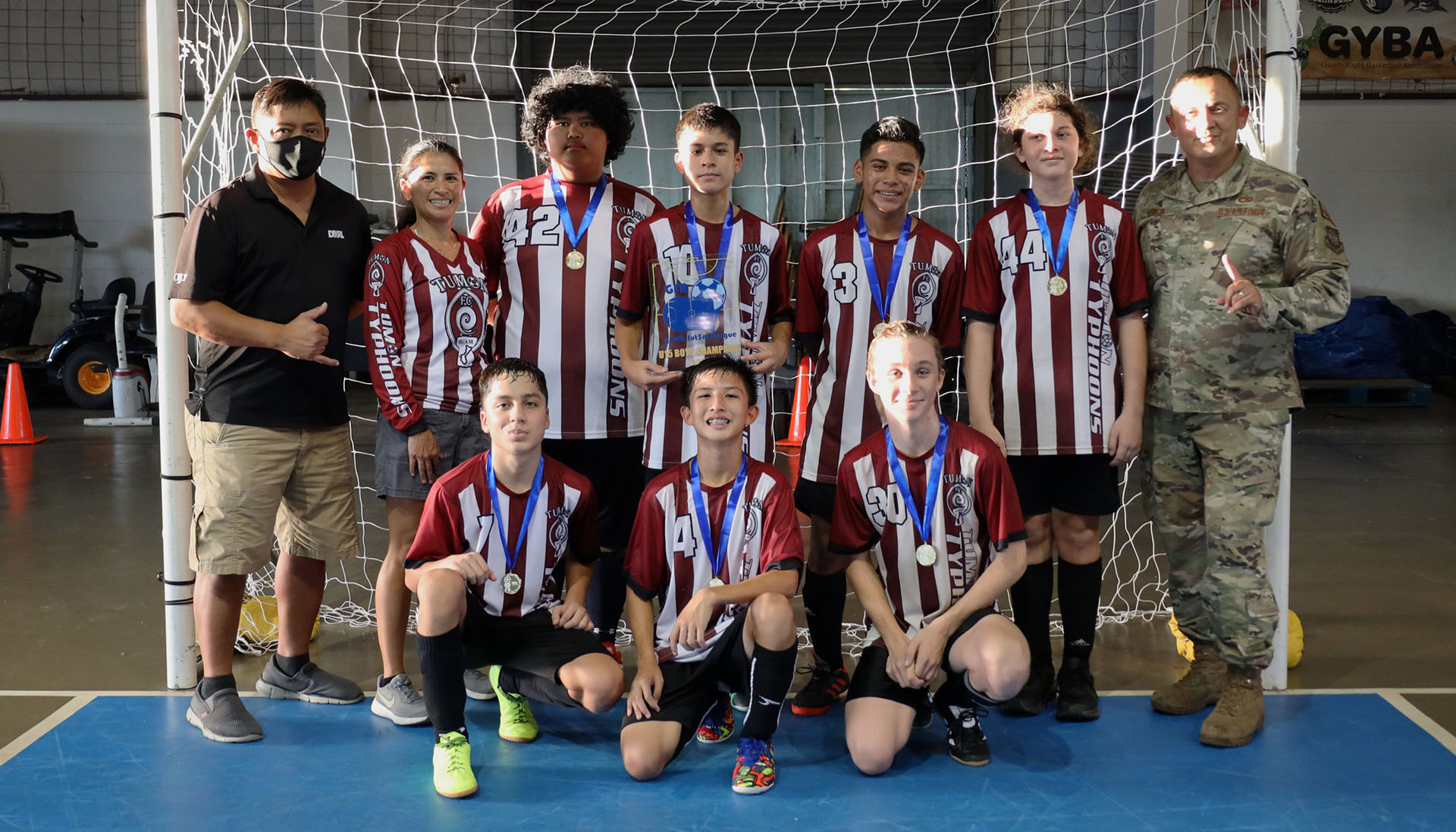 Posted at 05:44h in Youth Futsal by GFA Website Manager

[July 20, 2022 – Harmon, Guam] The Tumon Typhoons Football Club swept both the U15 Boys and U15 Girls Divisions in the first-ever Guam Football Association Youth Futsal League, with the U15 Boys team winning the club’s latest trophy Tuesday evening at the Yigo gym.

Ricardo Ortega finished with a hat trick for the Wolverines Blue and teammate Sinahi San Nicolas scored the team’s other two goals.

Heading into the final week of matches, the Wolverines Blue were the lone undefeated team with a 5-0 record, dominating league play with a +44 goal difference. Four of seven players on the roster were not available for the match including Donovan Moss and C.J. Sablan, who traveled with the Guam U17 Boys National Team to California to compete in the Davis Legacy College Showcase and the 2022 Surf Cup, along with Coach Jude Bischoff. Other players not available were Giacomo Bustamante and Jadyel Rink.

Tumon entered Tuesday night’s match with a four-match win streak after dropping its first match of the season against the Guam Shipyard Wolverines White in a 9-6 contest.

Although both teams finished with identical 5-1 records in league play, Tumon captured first place in the final league ranking for the 2022 title following a head-to-head tiebreaker with Wolverines Blue.

Guam Shipyard Wolverines White finished in third place with a forfeit win over the GPSI Southern Cobras, finishing with a 4-2 record. 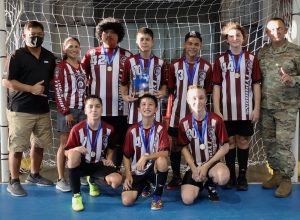 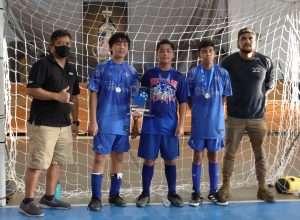