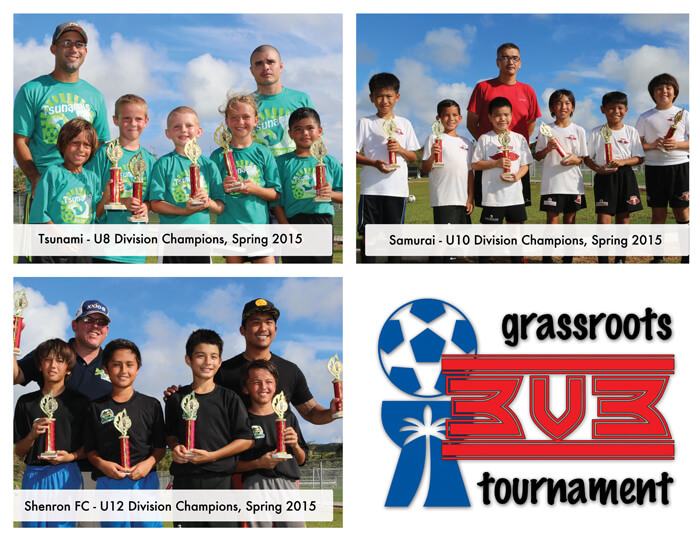 [May 30, 2015 – Harmon, Guam] More than 60 youth teams enjoyed a day of soccer in the fourth Guam Football Association 3v3 Grassroots Tournament at the GFA National Training Center in Harmon.

The top four teams in each age division are automatically entered into a 3v3 Tournament to be held at the U.S. Naval Base on June 20. After all matches concluded, all finalists received their respective medals and trophies. Additionally, GFA presented event creator and director Randall Vavra with an appreciation plaque for his efforts in realizing the youth tournament with GFA.