Top 23 Players to Play for Guam in AFC U19 Tourney

[November 3, 2019 – Harmon, Guam] The top 23 players from Guam’s U19 National training squad have been called up to represent the island when the team takes on Japan, Vietnam, and Mongolia in the AFC U19 Championship 2020 Qualifier in Ho Chi Minh City, Vietnam later this week.

“The selection process is based on monitoring of performances of players on and off island,” said Karl Dodd, the Guam U19 National Team Head Coach. “Kamp Tinituhon was a great opportunity to get a gauge of the level of each player and compare them amongst each other in order to choose the best 23 performing players at this point in time.”

“The players off island have been training and playing with their school and colleges on a regular basis whilst the players on island have been provided training with the national team training program so that they aren’t falling behind players who are training and playing in better competitions on a regular basis,” Dodd said. “The objectives for the tournament are to see significant improvement in this age group’s performances for the whole 90 minutes. We are looking for players that are willing to represent the island with pride which means implementing the national teams playing style and leaving everything on the field. We are confident that this group of players is more than capable of this.”

Dozens of players were invited to this year’s Kamp Tinituhon, an annual induction camp for youth national players, which also served as an opportunity for coaches to assess players’ levels. During the July induction camp, supported in large part by Mobil Oil Guam, players engaged in training sessions and scrimmages, while also attending classroom sessions to learn about Guam’s culture and the Chamorro language with Theresa E.G. Taitano and proper nutrition for young athletes with Lenora Makela from Eat Right Guam. Players also learned about Guam’s history with a visit to the T. Stell Newman Museum.

Other activities included setting up a soccer carnival for kids from Harvest House with support from Triple J Five Star Wholesale and Hertz, team-bonding activities at PanIQ45’s escape room and laser tag, yoga instruction from Turning Leaf Yoga, a session on leadership with the Guam Police Department, and participation in the 75th Annual Liberation Day parade. During the camp, the U19 players competed against their Northern Mariana Islands counterparts in the annual Marianas Cup tournament at Guam Football Association, winning 6-2. 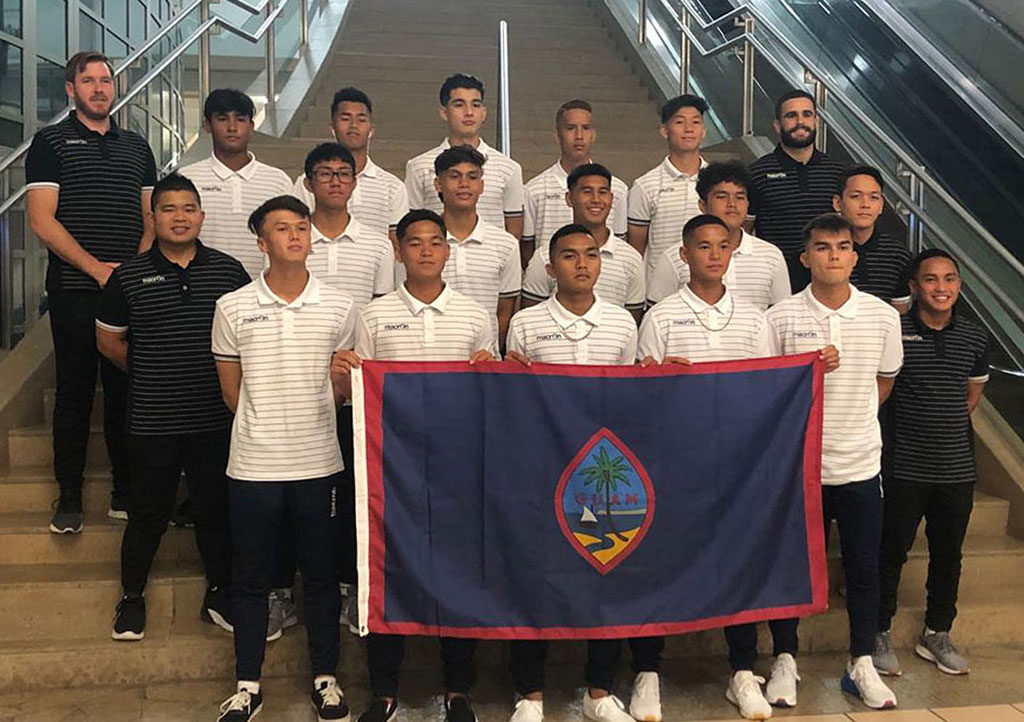