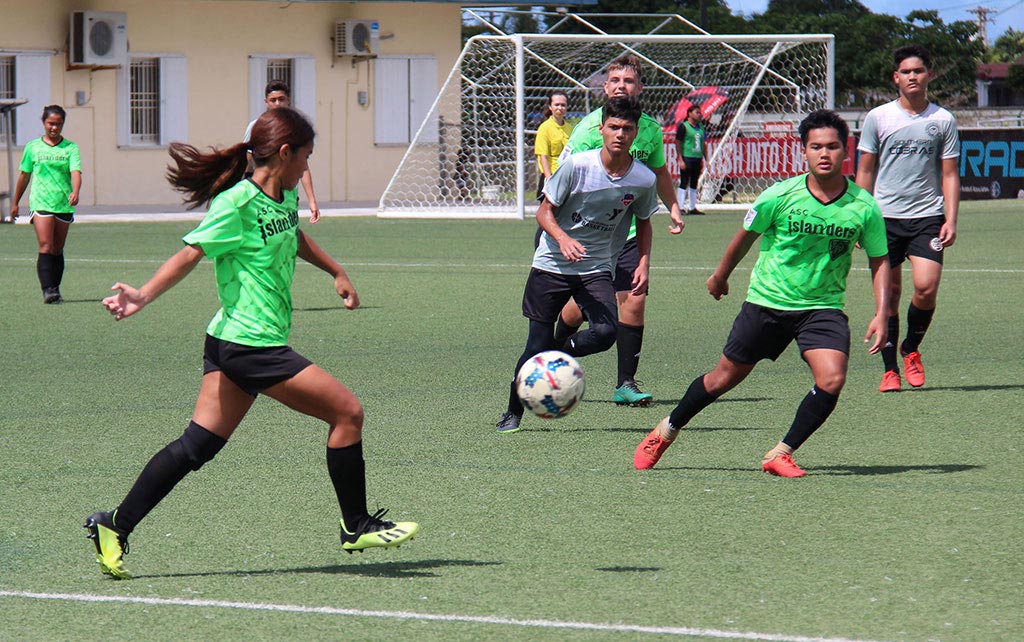 For U6, U8, and U10 age divisions, special schedules of Jamboree matches are set for participating teams beginning at 8 a.m. Schedules are online at GFA’s Official Web site: http://guamfa.com/all-leagues-youth-fall-results

In the U12 age division, the Guam Shipyard Wolverines will take on the GPSI Southern Cobras for the 2019 Fall Season championship title beginning at 9:30 a.m. at the GFA mini pitch, UA-3.

The Wolverines finished regular season play in first place in the Haya Division with a 6-1 record. In playoff matches, the Wolverines defeated Tumon Typhoons FC and ASC Trust Islanders Apaka to book the team’s place in the championship match.

The Cobras finished regular season play in fourth place in the Haya Division with a 3-4 record and upset Lagu Division’s No. 1 ranked team, the previously undefeated ASC Trust Islanders Betde, 8-6 in the first round of playoffs. The Cobras then defeated the Barrigada Crusaders 5-2 in the next round to set up the final with the Wolverines.

In the U14 age division, Tumon Typhoons FC will play against the GPSI Southern Cobras for the 2019 Fall Season championship title beginning at 3 p.m. at the GFA mini pitch, UA-3.

Tumon finished the regular season in first place with a 6-1 record. In the playoffs, the team defeated Community First/Days Inn Dededo Soccer Club and Southern Heat for a spot in the finals.

The Cobras were ranked No. 3 after regular season play with a 4-2-1 record. The team defeated the NAPA Rovers in the first round of playoffs and upset No. 2 Sidekicks SC 5-4 for a spot in the championship match.

For all other age divisions, regularly scheduled Week 10 matches will be played, with champions based on final standings.

In the U11 division, the Bank of Guam Strykers are currently ranked first; however, Week 10 results from the Quality Distributors-Guam Shipyard Wolverines and the Tumon Typhoons FC-GPSI Southern Cobras fixtures will determine the division champions.

In the U16 division, the NAPA Rovers captured the championship title early moving into Week 10 with a perfect 9-0 record. The team will play against the ASC Trust Islanders at 11 a.m. in the final match of the season. The Islanders, although also undefeated, are out of championship title contention following two consecutive draws against the Barrigada Crusaders and the GPSI Southern Cobras in Weeks 8 and 9, respectively, for a 6-0-3 record through nine weeks.

Full schedules are online at http://guamfa.com/all-leagues-youth-fall-results

On Jamboree days, youth clubs traditionally organize season-ending potluck fiestas at designated canopies at GFA. The community is invited to watch matches during the day and partake in Jamboree festivities. 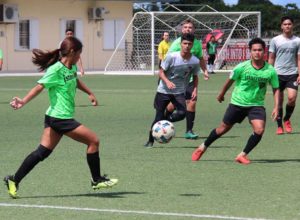 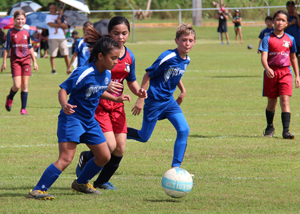 The Guam Shipyard Wolverines and the Bank of Guam Strykers play in a Week 9 match of the Triple J Auto Group Robbie Webber Youth Soccer League’s U11 division at the Guam Football Association National Training Center. Photo by Andee Tydingco/GFA 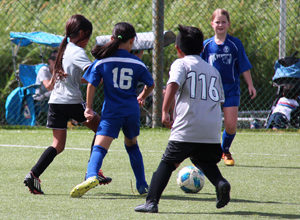 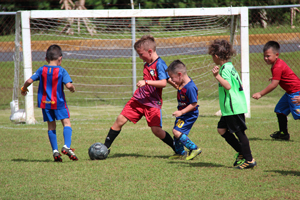 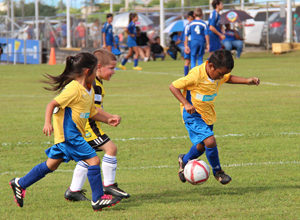 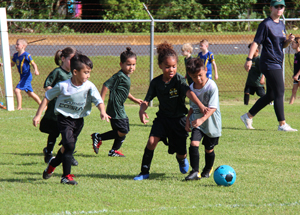