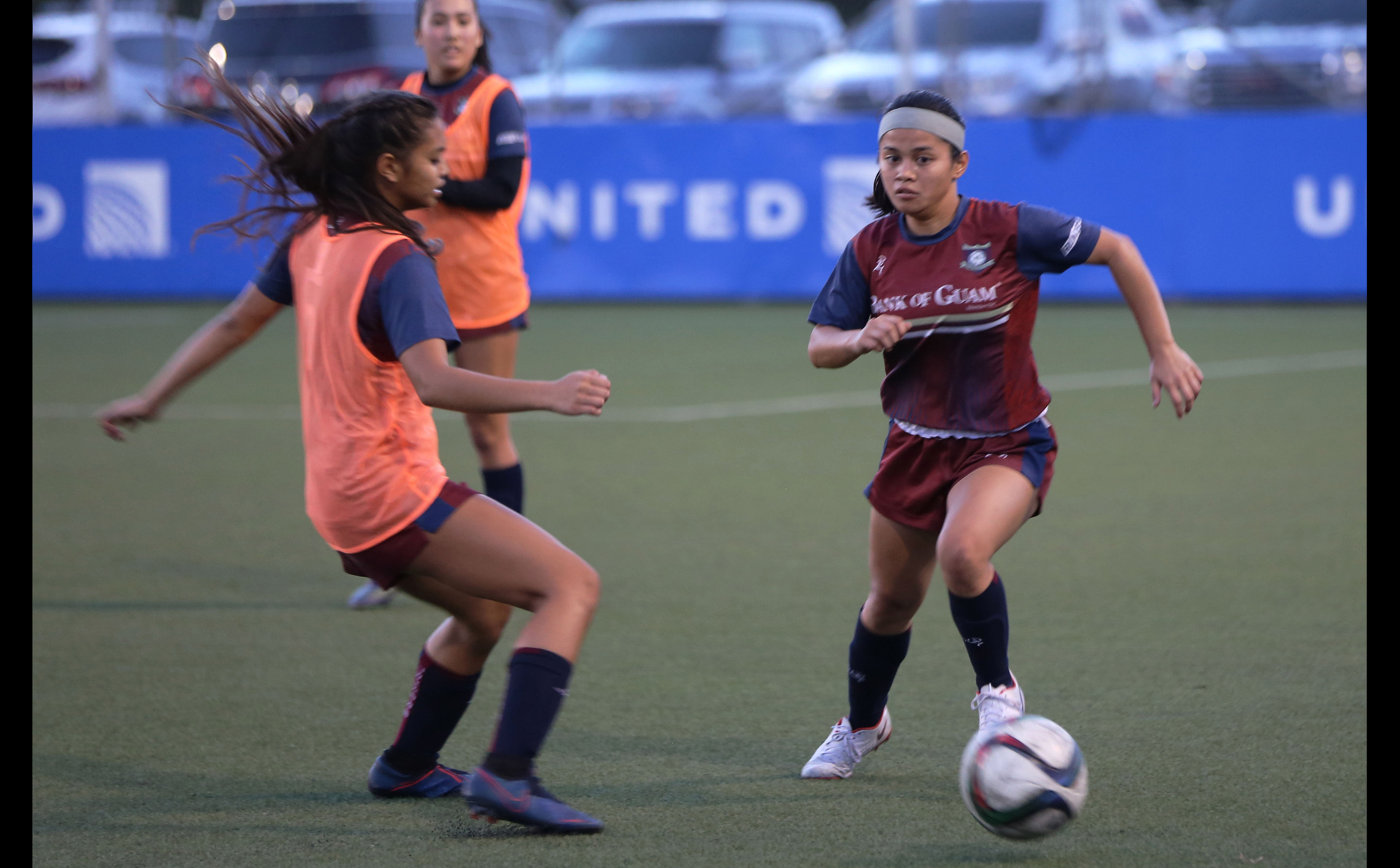 [May 16, 2020 – Harmon, Guam] Four teams remain in the title hunt of the Jamaican Grill Annual Women’s GFA Cup and will play for a spot in the championship match Sunday evening at the Guam Football Association National Training Center.

The Bank of Guam Lady Strykers, Heavy Hitters/Nutrition Mission Heat, Guam Shipyard (Women’s), and the Islanders FC (Women’s) advanced out of Round 1 of the tournament, the first women’s competition in Guam featuring teams from both the Premier and Amateur divisions of the Bud Light Women’s Soccer League in an open tournament format.

The Islanders FC (Women’s) upset Quality Distributors defeating the third-ranked team 2-1 to advance to the semifinals of the tournament. Krystiana Martinez and Jadyn Palomares scored for the Islanders and Paige Surber scored for Quality.

Prior to the Women’s GFA Cup, Quality Distributors held a 2-0 advantage against the Islanders in the Bud Light Women’s Soccer League Premier Division, outscoring the team 9-2 in two matches. The Islanders finished with a 1-10 record in the league, while Quality finished 8-3.

In other Round 1 matches of the Women’s GFA Cup, league champions Bank of Guam Lady Strykers (Premier) defeated their Amateur counterparts 9-0. Anjelica Perez led all scorers with a hat trick and teammate Jinae Teria scored twice. Lauren Phillips, Yae Kawauchi, and Koharu Minato also contributed to the goal haul. The Lady Strykers (Premier)’s other goal came on a Lady Strykers (Amateur) own goal.

Heavy Hitters/Nutrition Mission Heat advanced to the semifinals with a 2-0 win over The Venue Sidekicks from the league’s Amateur Division. Ashley Besagar and Brennan King scored for the Heat.

There is no admission fee to watch the matches.

The winners from the semifinal matches will play for the tournament title set to kick off 7:30 p.m. May 26 at GFA.

The tournament bracket is updated on http://guamfa.com/all-leagues-womens-gfa-cup-results 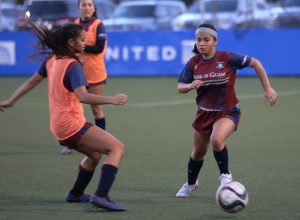 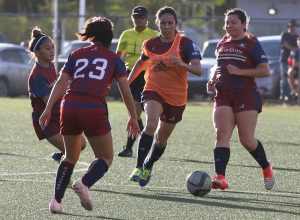 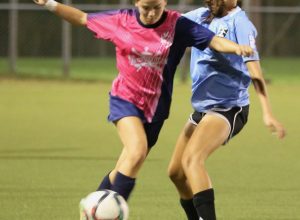 Heavy Hitters/Nutrition Mission Heat’s Samantha Fegurgur attempts a run on the right side past The Venue Sidekicks’ Kaia Malakooti in first round action of the Jamaican Grill Annual Women‘s GFA Cup May 5 at the Guam Football Association National Training Center. The Heat won 2-0. Photo by Samantha Bautista / GFA 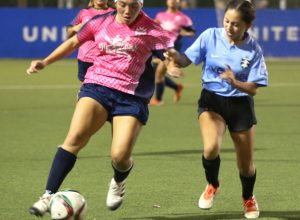 Heavy Hitters/Nutrition Mission Heat’s Harmony Yatar controls the ball in the midfield against The Venue Sidekicks in first round action of the Jamaican Grill Annual Women’s GFA Cup May 5 at the Guam Football Association National Training Center. The Heat won 2-0. Photo by Samantha Bautista / GFA 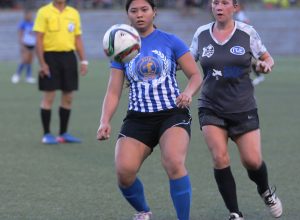 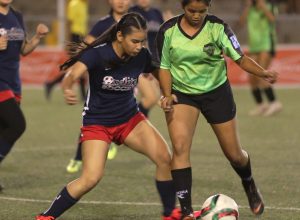 Islanders FC’s Krystiana Martinez tries to stay in control of the ball in the midfield against Quality Distributors in first round action of the Jamaican Grill Annual Women’s GFA Cup May 5 at the Guam Football Association National Training Center. The Islanders upset Quality 2-1. Photo by Samantha Bautista / GFA