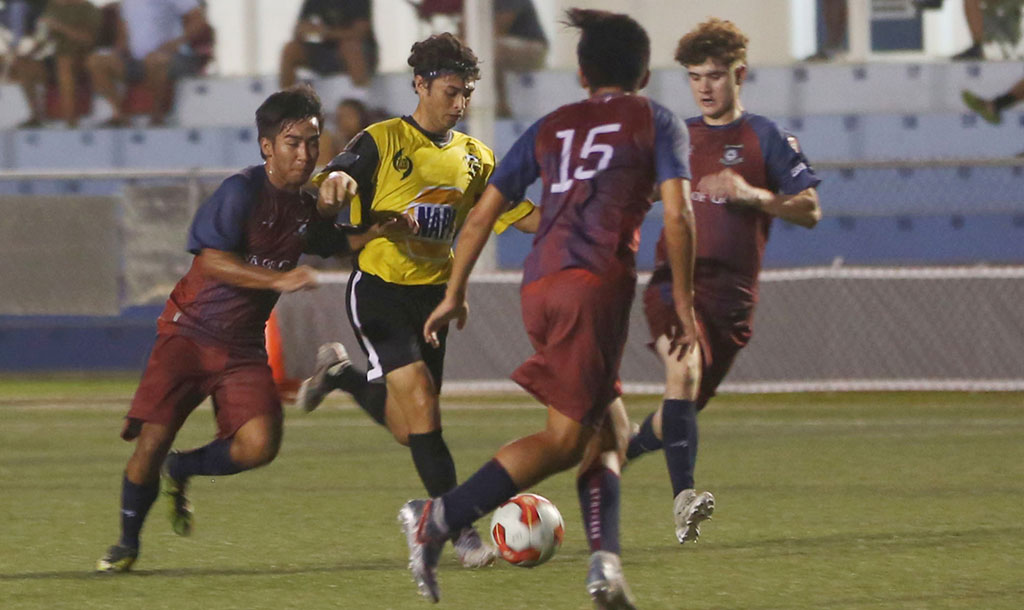 The Strykers, finishing runner-up to the Rovers last season, overcame an early 2-0 deficit the claim the victory and remain as the lone undefeated team in the division.

Jehn Joyner, Jason Cunliffe, and Isiah Lagutang each scored once for the Strykers and Min Sung Choi and Devan Mendiola scored one each for the Rovers.

The match is viewable online at https://mycujoo.tv/video/guamfa?id=82799

In other matches, Quality Distributors handed the Islanders FC its first loss of the season with a 3-2 win. Ernest Baah led all scorers with two goals for Quality and teammate Marvin Redona also scored. Edward Cho and Kioumars Rizaie scored for the Islanders.

The match is viewable online at https://mycujoo.tv/video/guamfa?id=82788

The match is viewable online at https://mycujoo.tv/video/guamfa?id=82792

The Sidekicks SC defeated the University of Guam Tritons 1-0 with a goal from Tevin Santos.

The match is available online at https://mycujoo.tv/video/guamfa?id=82795

In Amateur Division matches, the Islanders FC II claimed a 5-1 win over the Crushers FC in the battle of undefeated teams.

The NAPA Rovers II defeated the Pago Bay Disasters of Sidelines 4-0 with two goals from Janeson Quitano and one each from Andrew Kilgore and Angelo Cortez. 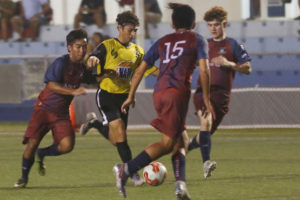 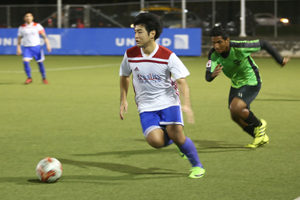 NAPA Rovers FC’s Devan Mendiola looks for an opportunity to move toward the goal with the ball against Guam Shipyard during a Week 2 match of the Budweiser Soccer League Premier Division Saturday at the Guam Football Association National Training Center. The Rovers won 10-0. Photo by Samantha Bautista / GFA 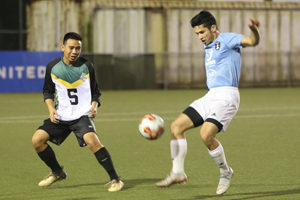 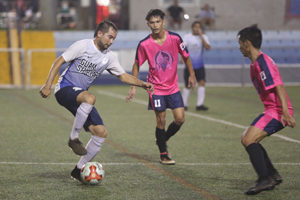