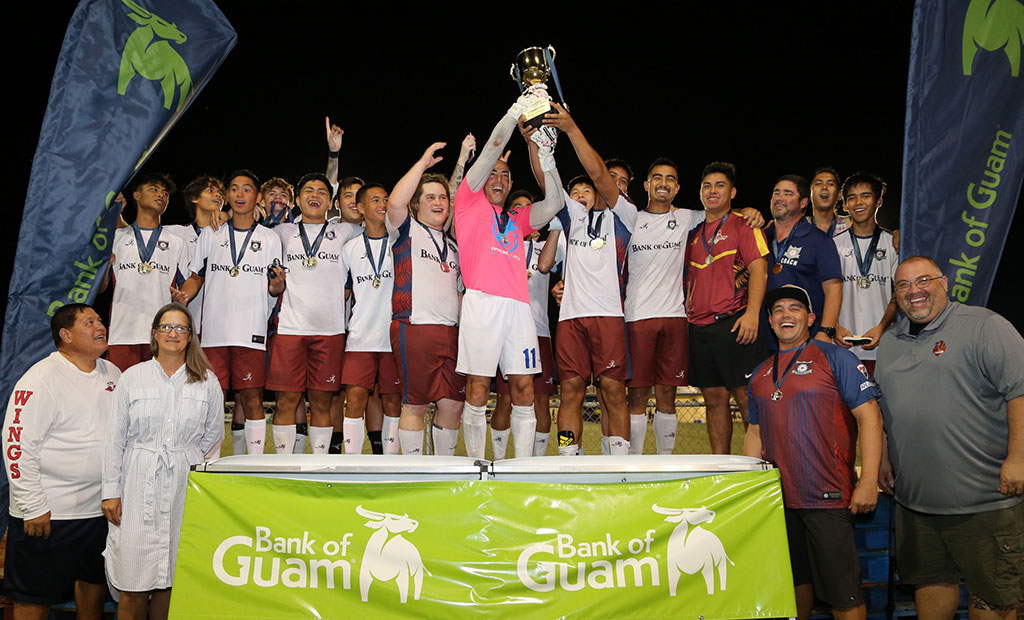 [May 29, 2019 – Harmon, Guam] The Bank of Guam Strykers FC successfully defended their GFA Cup title with a 5-1 win over NAPA Rovers FC is Sunday evening’s finale of the 12th edition of the tournament presented by Bank of Guam at the Guam Football Association National Training Center.

The title defense was a sweet victory for the Strykers, as the team had been unable to defeat the Rovers in three matches during the regular season of the Budweiser Soccer League Premier Division. The Rovers finished as six-time champions of the league with an undefeated record in regular season, 19-0-2.

In the GFA Cup championship match, the Strykers managed to run up the score to 3-0 by halftime with two from Marcus Lopez and one from Ethan Sablan.

The Rovers’ Min Sung Choi, Golden Boot winner of the Budweiser Soccer League, pulled one back for his team three minutes into the second half, but the Strykers’ Ian Mariano came back with a pair of goals midway through the second half for the eventual final score. 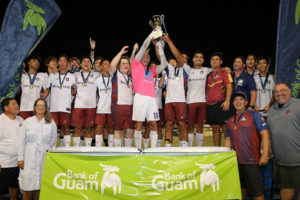 The Bank of Guam Strykers hoist the champion trophy of the Bank of Guam 12th Annual GFA Cup after defeating the NAPA Rovers FC 5-1 in the tournament’s title match Sunday evening at the Guam Football Association National Training Center. The 2019 GFA Cup title is the second-straight for the Strykers. 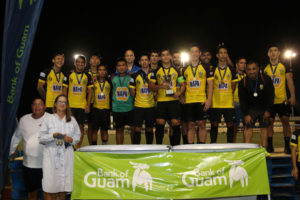 The NAPA Rovers pose with the second-place trophy of the Bank of Guam 12th Annual GFA Cup during an awards ceremony after the championship match held Sunday evening at the Guam Football Association National Training Center. The Rovers fell 5-1 to the Bank of Guam Strykers.