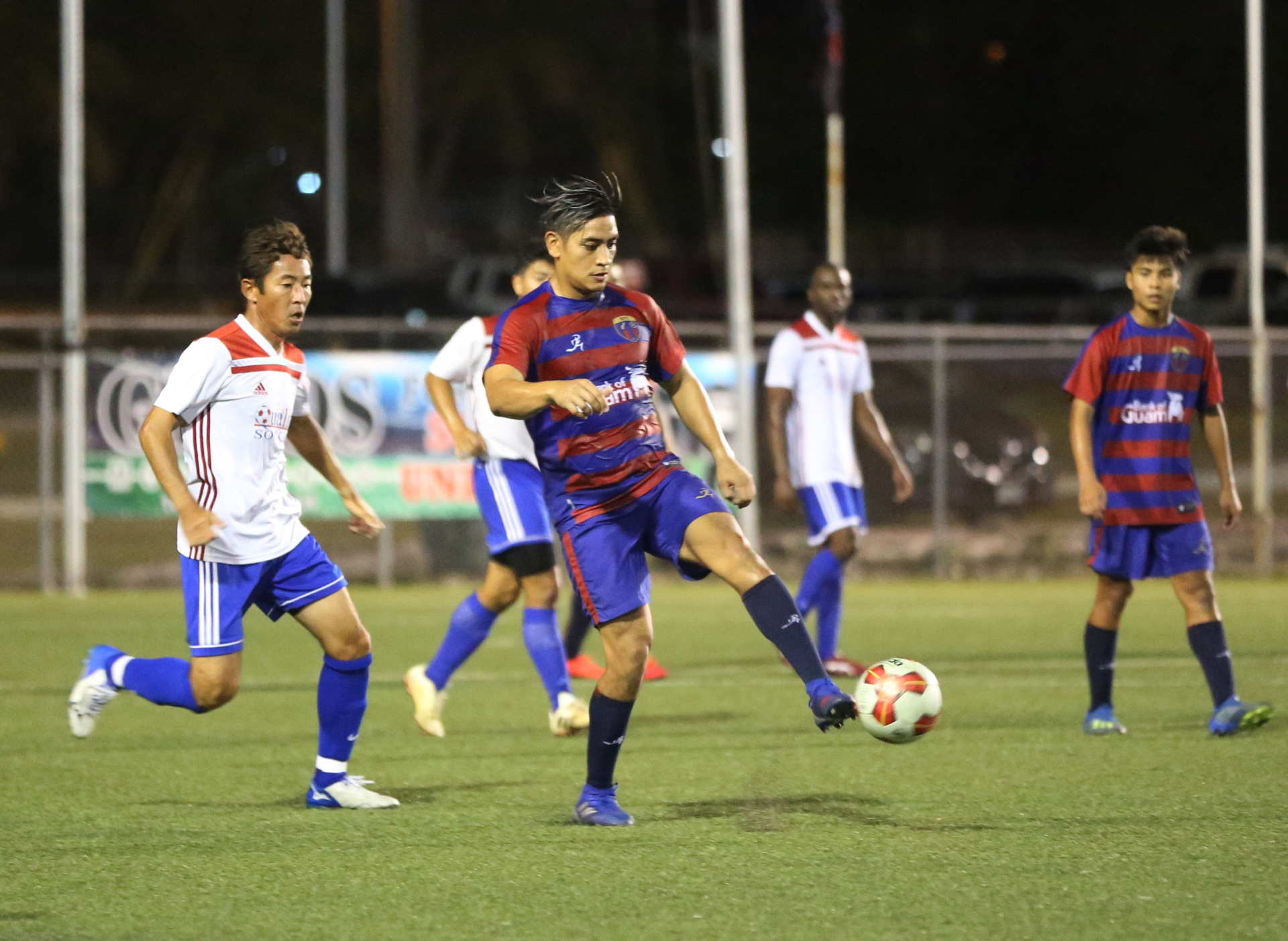 A relentless Quality defense held the Strykers to one goal in the first half from Ian Mariano and on the other side of the pitch, Quality’s top scorer Ernest Baah finished his shot in the 57th minute to level the contest. After a few missed chances from both teams late in the second half, Golden Boot race leader Marcus Lopez scored the eventual game winner for the Strykers in the 77th minute.

The Rovers continue in second place in league standings with a 7-1-1 record. Guam Shipyard drops to 3-6 and remains in sixth place.

In Week 11 matches played Friday evening, Manhoben Lalahi defeated Lots of Art Tattoo Heat 9-4 with two goals each from Micah Hennegan, Daniel Glasscock, and Mark Iseke, and one each from Andrew Stenson, Kyle Halehale, and Michael Castaneda. Seth Surber led all scorers with a hat trick for LOA Heat and Eddie Lee Lorenzo scored his team’s other goal.

Manhoben Lalahi stay in fourth place in league standings with a 5-5 record following the win, while LOA Heat drops to 2-6-1.

The Islanders FC defeated the Sidekicks SC 6-1 with a hat trick by Noah Duenas and one each from Kioumars Rezaie, Antonio Prieto, and Edward Cho. GianCarlo Abril scored the lone goal for the Sidekicks.

The Islanders remain in third place in league standings with a 7-3 record. The Sidekicks drop to 2-7 for the season.

The league’s Premier Division takes a break for Valentine’s Day on Friday and will resume play Saturday with Guam Shipyard taking on Lots of Art Tattoo Heat at 6:30 p.m. followed by University of Guam Tritons against Sidekicks SC.

In Sunday’s matches of the Bud Light Women’s Soccer League, the Bank of Guam Lady Strykers bounce back to their winning ways with a 2-0 win over Islanders FC. Christina Duenas and Kaia Malakooti scored for the Lady Strykers.

Guam Shipyard Wolverines defeated the Bank of Guam Strykers 8-0 with a hat trick from Jacob Reyes, two from Beau Perez, and one each from Landen Diaz, Kian Rivera, and Erwin Manibusan.

In the league’s E15 Gadao Division, Community First/Days Inn Dededo Soccer Club defeated the Wings FC with a hat trick from Josh Benavente and one from Brian Nakamine.

League schedules may be view or downloaded on GFA’s Official Web site at https://guamfa.com/downloads 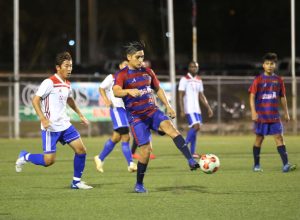 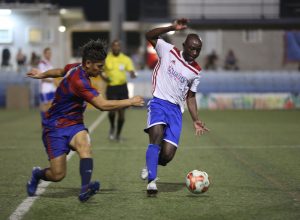 Quality Distributors’ Ernest Baah looks to control the ball as he is pressured defensively by Bank of Guam Strykers’ Ian Mariano during a Week 11 match of the Budweiser Soccer League Premier Division Saturday at the Guam Football Association National Training Center. The Strykers defeated Quality 2-1. 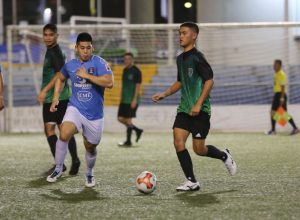 Islanders FC’s Noah Duenas moves the ball through the midfield against Sidekicks SC during a Week 11 match of the Budweiser Soccer League Premier Division Friday at the Guam Football Association National Training Center. The Islanders won 6-1. 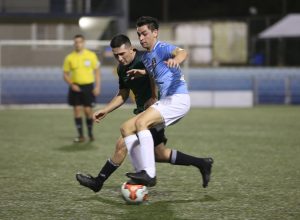 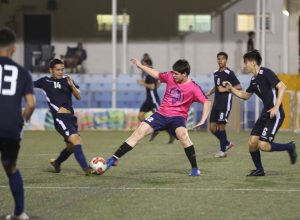 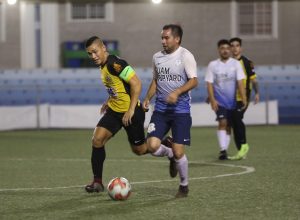