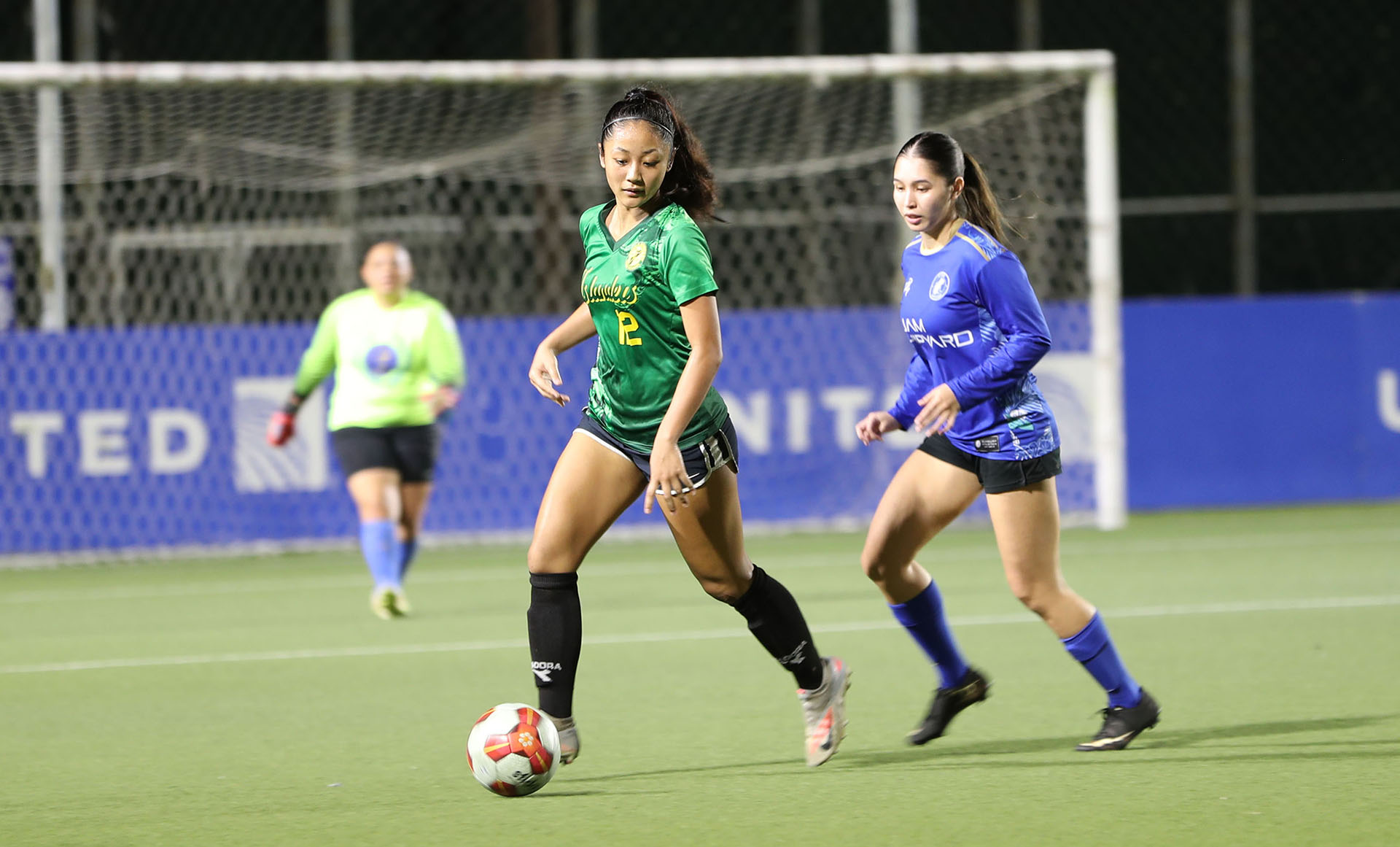 [July 25, 2022 – Harmon, Guam] The Bank of Guam Strykers remain as the lone undefeated team of the Bud Light Women’s Soccer League Premier Division following a 1-0 edge over Quality Distributors in Week 2 play at the Guam Football Association National Training Center over the weekend.

A 60th minute goal by the Strykers’ Yasmeen Lopez was the eventual game-winner, as both teams continued to jockey for control of the match in the remaining half hour.

In Sunday’s Premier Division match, the Metro Pacific Islanders and Guam Shipyard settled for a 4-4 draw.

The Islanders opened scoring in the 20th minute after a Jada Han corner kick bounced in front of the goal for a Tammi Morellano header into the top right corner. Eight minutes later, the Islanders’ Jazmin Samonte managed to work the ball around Guam Shipyard goalkeeper Nikki Paulino and slid into the corner of the goal box for a left-footed tap into the empty goal for the 2-0 advantage.

Kaya Ignacio scored Guam Shipyard’s first goal about 10 minutes later, following up on a teammate’s shot that ricocheted off the crossbar past Islanders goalkeeper Katrina Santos. Guam Shipyard leveled the match three minutes later after Brianne Leon Guerrero finished a forward pass from Colleen Naden. Naden put her name on the scoresheet in first-half additional time, taking a pass from Leon Guerrero and shooting from the left side to the opposite post for the 3-2 halftime advantage.

Naden added her second goal of the night about 10 minutes into the second half using her speed on a breakaway from the centerline and finishing her shot before Islanders defender Dolores San Gil was able to catch her.

The Islanders’ Krystiana Martinez-Spindel found an answer in the 82nd minute, sending the ball to Jada Han on the left side, who moved in toward the goal and took a right-footed shot into the inside post to get her team within one at 4-3.

Six minutes later, Paulino managed to get her hands on an Isabella Bass free kick that bounced in front of her, but the Islanders’ Maya Iriarte reacted quick enough to get her foot on the ball for the game-tying goal.

With the draw, the league leaderboard remains unchanged with the Islanders in the third position with an edge on goal differential over Guam Shipyard in fourth.

Matches in both the Premier and Amateur Divisions continue this weekend. Schedules are online at https://guamfa.powerupsports.com 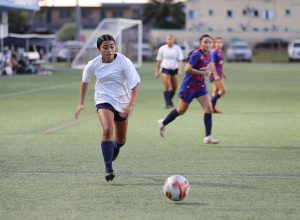 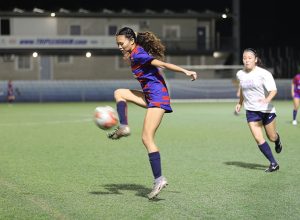 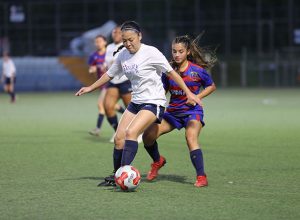 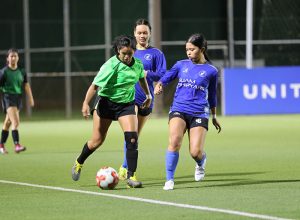 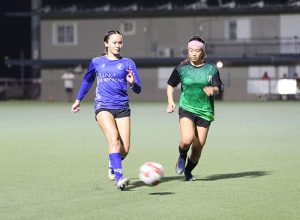 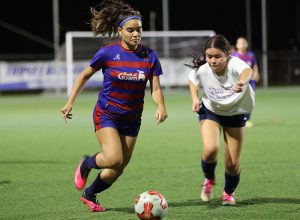 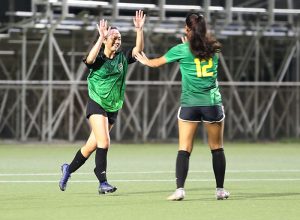 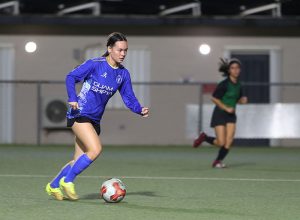 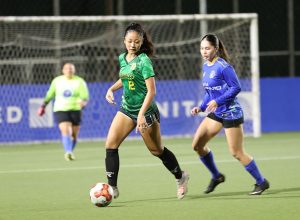