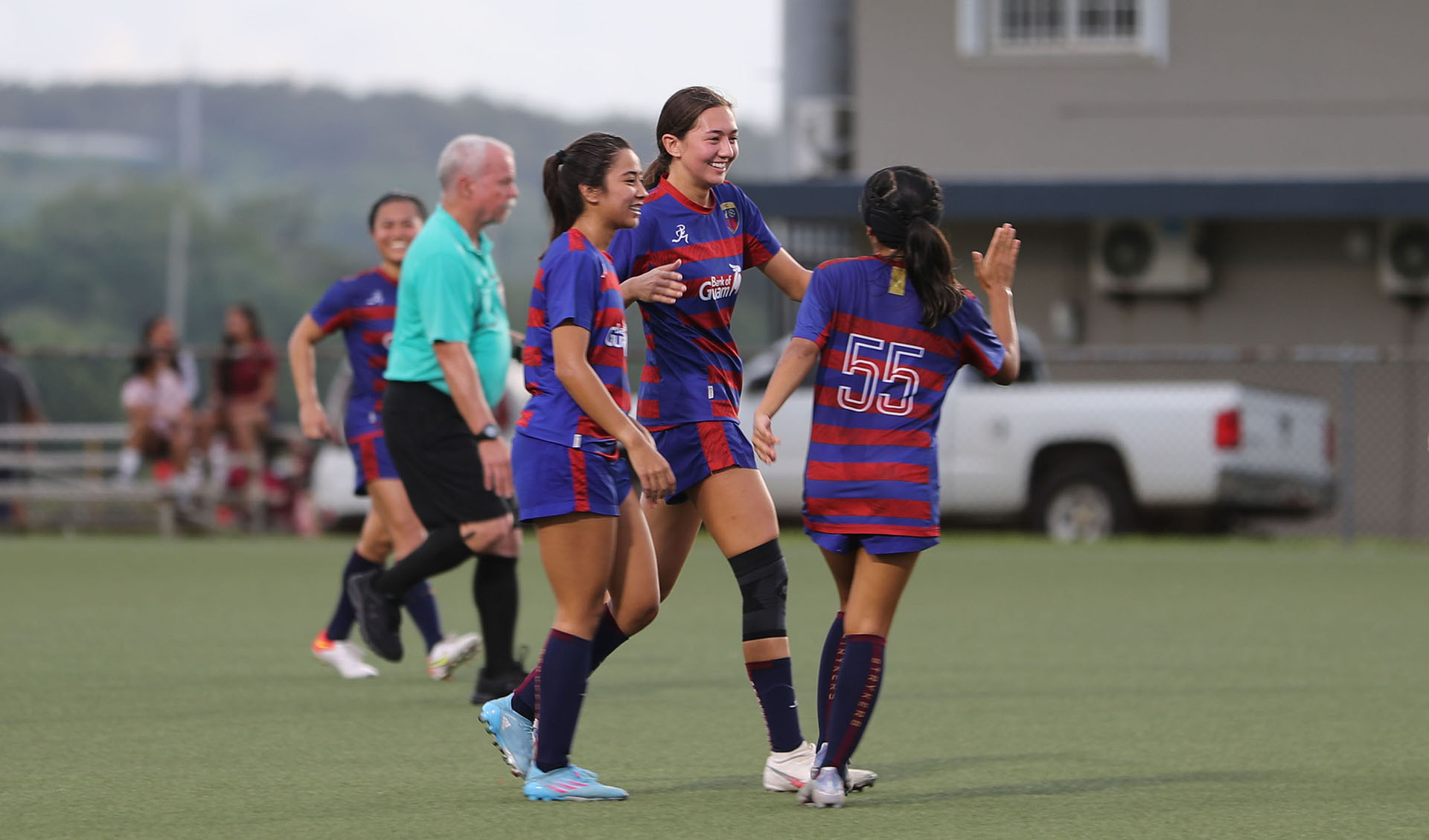 Kaia Malakooti scored both goals for the Strykers in a relatively calm, overcast first half. The teams returned to the pitch in the second half amid a deluge of rain, with both teams unable to find the back of the net before time expired.

In the Premier Division’s other match Saturday evening, Guam Shipyard settled for its second draw in as many weeks in a 3-3 contest against Quality Distributors FC.

Quality Distributors’ Franshay Pangelinan completed her hat trick in the 61st minute to pull her team ahead by one after a 2-2 first half. Close to 15 minutes later, Guam Shipyard’s Amara Gumataotao finished a short corner kick play in front of the goal past Quality keeper Tristyana Santos to level the match at 3-3. Brianne Leon Guerrero sent a short Colleen Naden corner kick into the box, with the ball bouncing once before Gumataotao’s finish.

Guam Shipyard had the opportunity to take the lead in the 84th minute, but Naden’s penalty kick just sailed wide right of the goal to keep the score at 3-all heading into the final minutes of the match.

The teams return to the pitch Saturday evening with Guam Shipyard looking to get revenge against the Bank of Guam Strykers at 6 p.m. to begin the second round of the double round-robin season. In Sunday’s match, Quality Distributors will play against the Metro Pacific Islanders beginning at 8 p.m. Both matches will be available to watch via Live Stream: https://elevensports.com/en/national/guam-football-association-6c9qz9

In the lone Amateur Division match played over the weekend, the GPSI Southern Cobras defeated NAPA Rovers FC 4-0 with two goals from Analea Meno and one each from Crista Cruz and Cindy Maestrecampo.

Updated schedules are online at https://guamfa.powerupsports.com 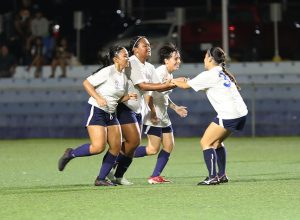 Quality Distributors FC’s Franshay Pangelinan celebrates one of her three goals with teammates in a Week 3 match of the Bud Light Women’s Soccer League Premier Division against Guam Shipyard Saturday at the Guam Football Association National Training Center. Quality and Shipyard battled to a 3-3 draw. 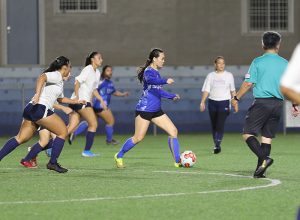 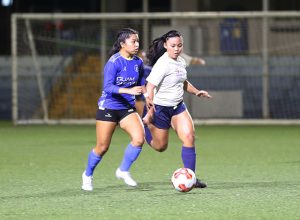 Guam Shipyard’s Hannah Cruz advances the ball through the midfield against Quality Distributors FC in a Week 3 match of the Bud Light Women’s Soccer League Premier Division Saturday at the Guam Football Association National Training Center. Quality and Shipyard battled to a 3-3 draw. 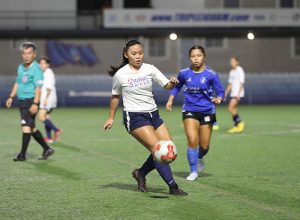 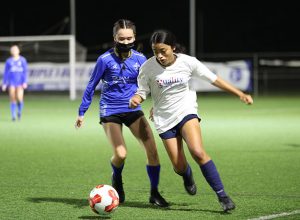 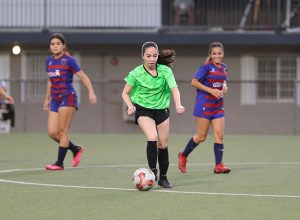 Metro Pacific Islanders FC’s Thea Baker makes her way through the midfield against the Bank of Guam Strykers during a Week 3 match of the Bud Light Women’s Soccer League Premier Division Sunday at the Guam Football Association National Training Center. The Strykers won 2-0. 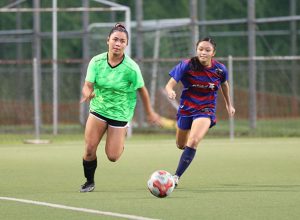 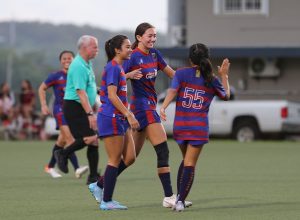 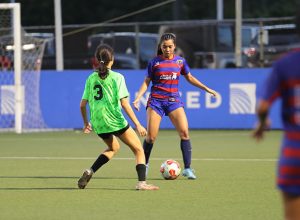 Bank of Guam Strykers’ Ariya Cruz calculates her next move with the ball against the Metro Pacific Islanders FC during a Week 3 match of the Bud Light Women’s Soccer League Premier Division Sunday at the Guam Football Association National Training Center. The Strykers won 2-0.