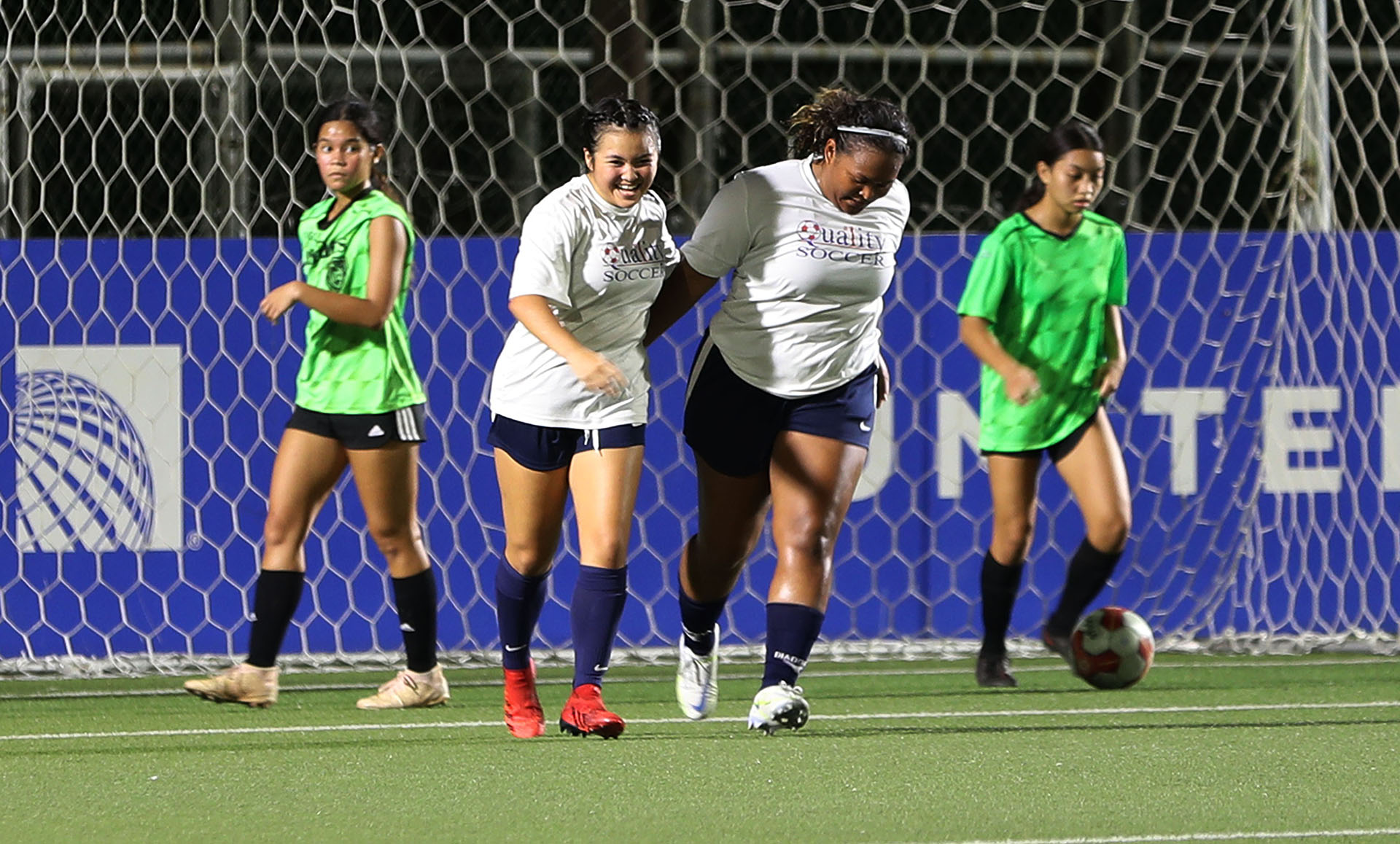 [August 8, 2022 – Harmon, Guam] The Bank of Guam Strykers need at least a draw in its next match of the Bud Light Women’s Soccer League Premier Division to clinch the 2022 title, but it won’t be easy against their next opponent, Quality Distributors FC, currently ranked No. 2 in league standings.

Thanks to Guam’s Shipyard’s 1-1 draw with the Bank of Guam Strykers, coupled with Quality’s 3-1 win over the Metro Pacific Islanders FC in Week 4 play, Quality is only one game behind the current league leaders. Quality is still in contention for the league title, provided they post a win against the Strykers in Saturday’s 8:30 p.m. match at the Guam Football Association National Training Center. Without playoffs for the 2022 season, the league champion will be determined by best record after Week 6 matches scheduled for Aug. 20 and Aug. 21.

In Quality’s match against the Islanders Aug. 7, current Golden Boot leader Franshay Pangelinan broke a 1-1 first-half deadlock with a goal in the 78th minute and eight minutes later, teammate Cadance Mansapit found the back of the net to cement Quality’s win.

In the Strykers-Shipyard fixture Aug. 6, an 88th minute goal by Lauren Phillips helped the Strykers salvage a 1-1 draw with Guam Shipyard. Colleen Naden scored for Guam Shipyard in the 54th minute.

In the Golden Boot race, Pangelinan leads all goal scorers with four to her name, followed by Jada Han, Brianne Leon Guerrero, and Colleen Naden, all currently tied for second with three goals each. Tied for third with two goals each are Kaia Malakooti, Lauren Phillips, and Faith Piper.

In the league’s Amateur Division matches played over the weekend, the Bank of Guam Strykers II battled to a 1-1 draw with Heavy Hitters/Nutrition Mission Heat Sunday evening. Ana Aguon scored for Strykers II and Ha’ani Bettis scored for the Heat.

In Saturday evening’s match, the GPSI Southern Cobras slipped past Mosa’s 3-2 to stay undefeated. Cindy Maestrecampo finished with a hat trick for the Cobras and Gina Naburn scored both goals for Mosa’s.

In Friday’s match, the NAPA Rovers FC forced a 3-3 draw with Sidekick SC with two goals from Charmaine Mesa and one from Aedlene Olidan. Brianne Crisostomo scored twice for Sidekick SC and Chloe Salas scored the team’s other goal.

Schedules for both leagues are online at https://guamfa.powerupsports.com 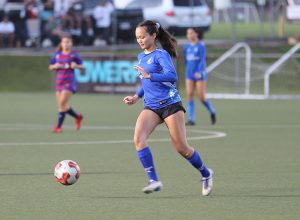 Guam Shipyard’s Minami Rabago plays the ball out from the back in a Week 4 Bud Light Women’s Soccer League Premier Division match against the Bank of Guam Strykers FC at the Guam Football Association National Training Center. Guam Shipyard and the Strykers battled to a 1-1 draw. 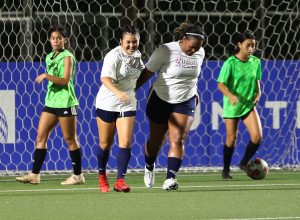 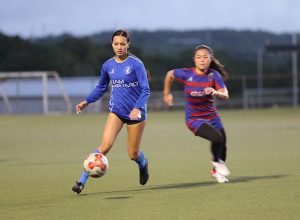 Guam Shipyard’s Brianne Leon Guerrero controls the ball in the midfield in a Week 4 Bud Light Women’s Soccer League Premier Division match against the Bank of Guam Strykers FC at the Guam Football Association National Training Center. Guam Shipyard and the Strykers battled to a 1-1 draw. 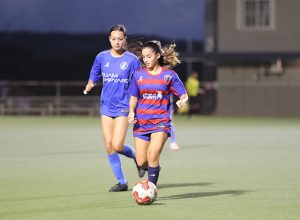 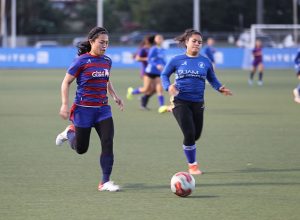 Bank of Guam Strykers FC’s Koharu Minato works the ball up the right side toward the goal in a Week 4 Bud Light Women’s Soccer League Premier Division match against Guam Shipyard at the Guam Football Association National Training Center. The Strykers and Guam Shipyard battled to a 1-1 draw. 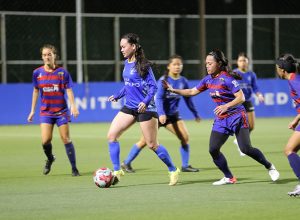 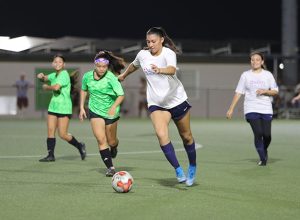 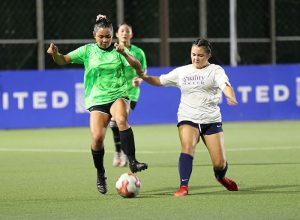 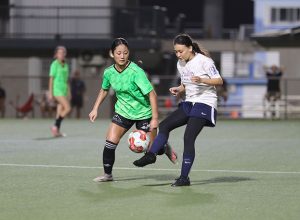