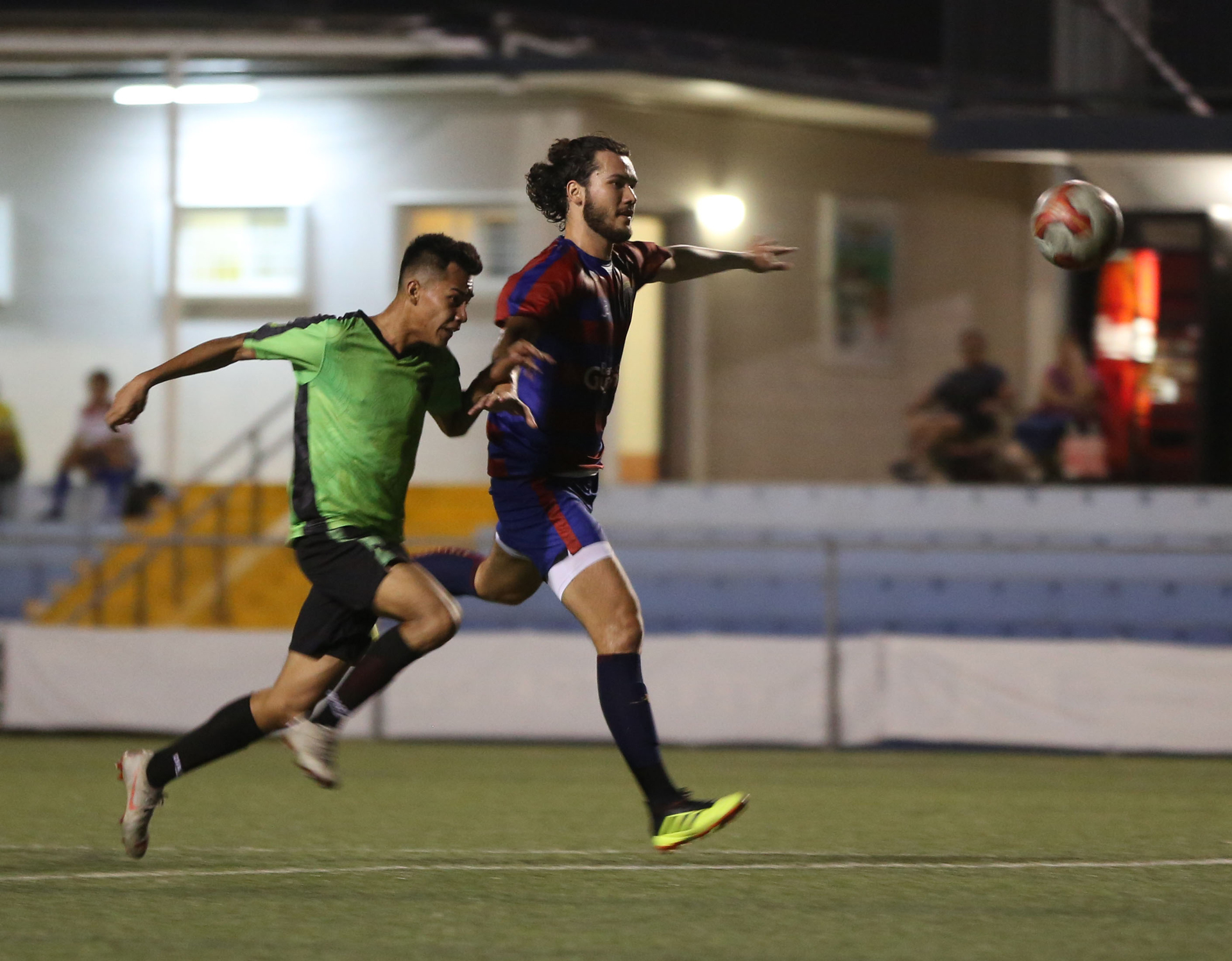 [January 20, 2020 – Harmon, Guam] The Bank of Guam Strykers managed to fend off Islanders FC 4-0 in the battle of the top two teams of the Budweiser Soccer League Premier Division Saturday at the Guam Football Association National Training Center.

With the win, the Strykers (6-0) continue as the top-ranked and lone undefeated team in Premier Division standings, while the Islanders (5-3) stay in second place.

In other matches, Manhoben Lalahi defeated the Sidekicks SC 2-1 with one goal each from Christian Kido and Kyle Halehale. David Hwang scored the Sidekicks’ lone goal in the contest.

Guam Shipyard earned a win against the University of Guam Tritons via forfeit.

In the Golden Boot race, Marcus Lopez extends his lead to 14 goals through Week 8 of the league, followed by the Islanders’ Eddie Cho with nine. Quality’s Ernest Baah is third with eight goals.

Starting with Week 9, Premier Division matches will be played on both Fridays and Saturdays.

Quality Distributors will take on Manhoben Lalahi at 7 p.m. Friday and NAPA Rovers FC will play against Lots of Art Tattoo Heat at 9 p.m. Friday.

The Sidekicks will play against Guam Shipyard at 6:30 p.m. Saturday, followed by the University of Guam Tritons against the Bank of Guam Strykers at 8:30 p.m.

In Sunday’s Bud Light Women’s Soccer League Premier Division, the Bank of Guam Lady Strykers continued their winning ways with a 6-0 shutout of the University of Guam Lady Tritons. Jinae Teria netted four for the winning team and Kaia Malakooti also scored. The Lady Strykers’ other goal came on a Lady Tritons own goal.

The Lady Strykers move up to 5-0-1 with the win and the Lady Tritons fall from the fourth to fifth spot in league standings with a 2-4 record.

In other matches, Heavy Hitters/Nutrition Mission Heat salvaged a point after playing to a 1-1 draw with Guam Shipyard Women. Nadia Shimasaki scored the eventual game-tying goal for the Heat in the 76th minute. April Talledo scored for Guam Shipyard Women three minutes into the second half to break the scoring deadlock from the opening half.

The Heat (4-1-1) stay in second place and Guam Shipyard Women (2-2-2) fall to fourth in the Premier Division standings.

With the win, Quality (3-3) moves up third place in Premier Division standings and Islanders (0-6) stay in sixth place.

Guam Shipyard Women next will take on Islanders FC at 3:30 p.m. Sunday, followed by Quality Distributors against the University of Guam Lady Tritons at 5:30 p.m. The Bank of Guam Lady Strykers will play the late match against Heavy Hitters/Nutrition Mission Heat at 7:30 p.m.

All upcoming matches and events are listed on GFA’s calendar online: https://guamfa.com/events/ 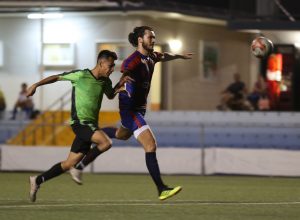 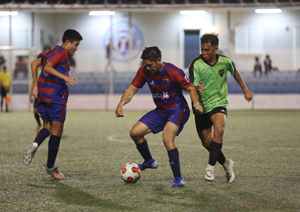 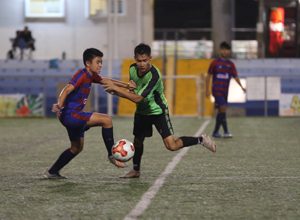 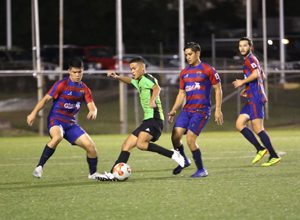 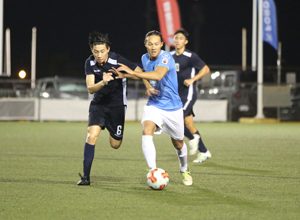 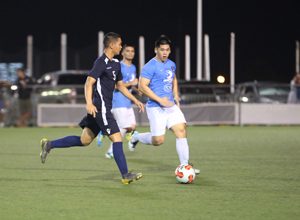 Manhoben Lalahi’s Matt Iseke looks for options as he makes his way toward the goal against Sidekicks SC in a Week 8 match of the Budweiser Soccer League Premier Division Saturday evening at the Guam Football Association National Training Center. Manhoben Lalahi won 2-1. 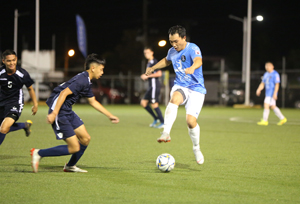 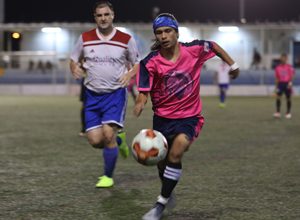 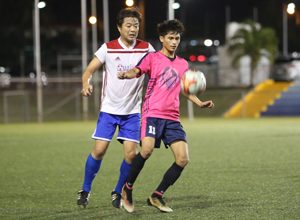