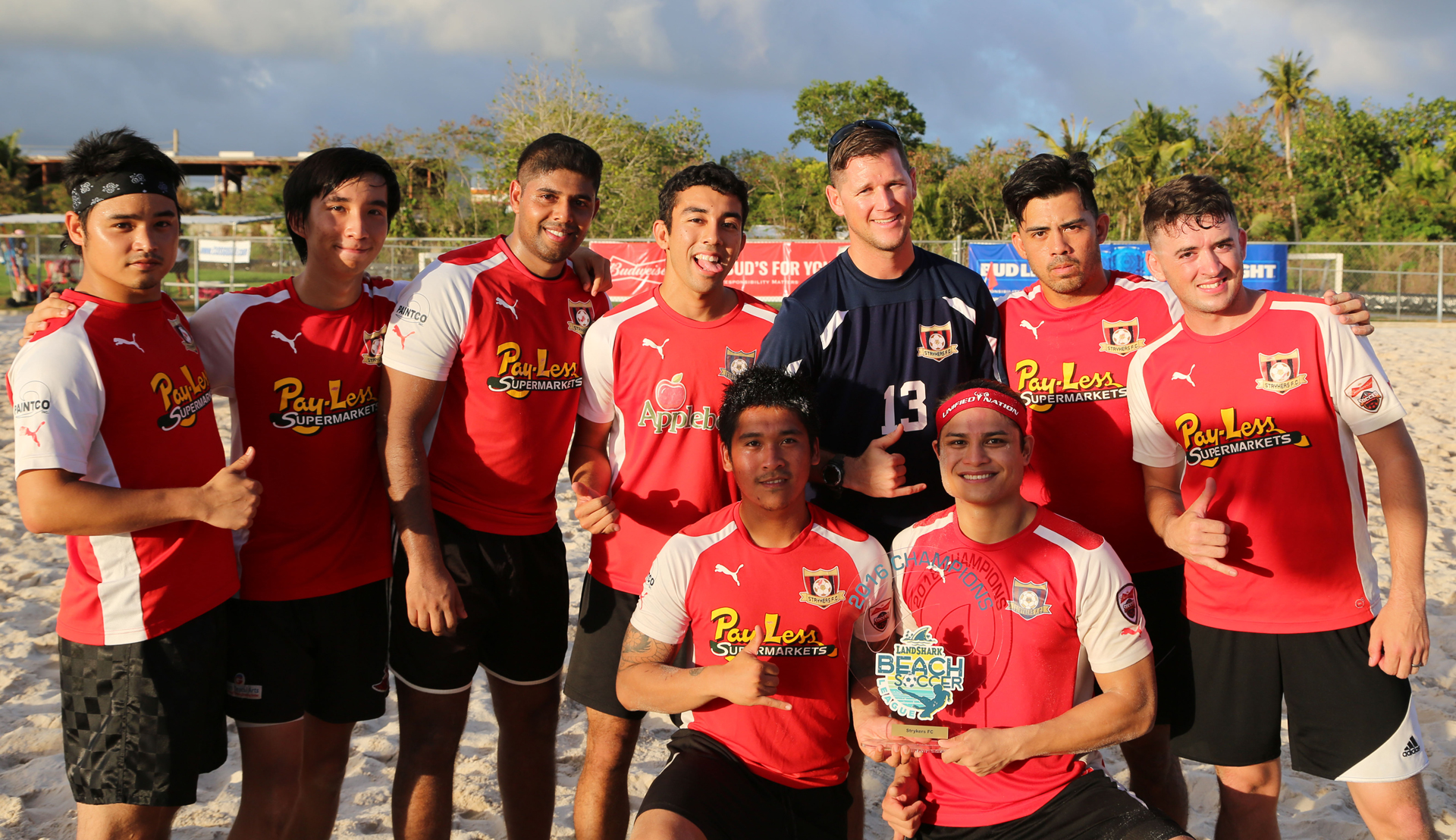 After the teams battled to a 3-3 draw through to extra time, the Strykers edged Quality 3-2 in the ensuing shootout.

League Golden Boot winner Jan-Willem Staman put Quality ahead with a successful shot as the first shooter, but Strykers’ Dominic Gadia evened the shootout score with a goal past Quality keeper Brett Maluwelmeng. Strykers’ goalkeeper Ross Awa managed to stop Quality’s next shot by Scott Leon Guerrero and Awa’s teammate Ajay Pothen followed with a successful shot to put the Strykers ahead in the shootout.

Quality’s final kicker, Takefumi Inoue found the back of the net to level the shootout score, but a successful shot by the Strykers’ final kicker, Francis Chargualaf, sealed his team’s victory.

In the semifinal matches held earlier in the day, the Strykers edged defending champions Crushers 8-6 with two goals each from Gadia, Chargualaf, and Stanley Rice. Pothen and Crawford also scored in the win. Joshua Pangelinan finished with a hat trick for the Crushers and Prieto, Justin Samonte, and Jonathan Guerrero also scored. 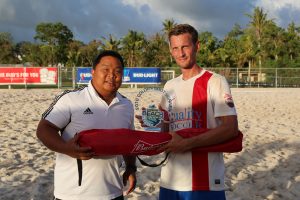 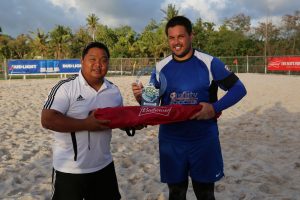 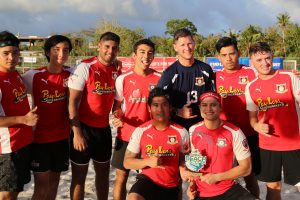 Strykers FC pose with the championship trophy of the 2016 Land Shark Beach Soccer League after defeating Quality Distributors in the league final via a penalty kick shootout Sunday at the Guam Football Association National Training Center beach soccer court. The teams battled to a 3-3 draw through extra time, with the Strykers coming out on top with a 3-2 shootout score. In the photo are, in the front row from left to right, Ross Awa and Francis Chargualaf. In the back row from left to right are Hiro Asoshina, Takumi Odell, Ajay Pothen, Stanley Rice, Bill Kerr, Dominic Gadia, and Justin Crawford.