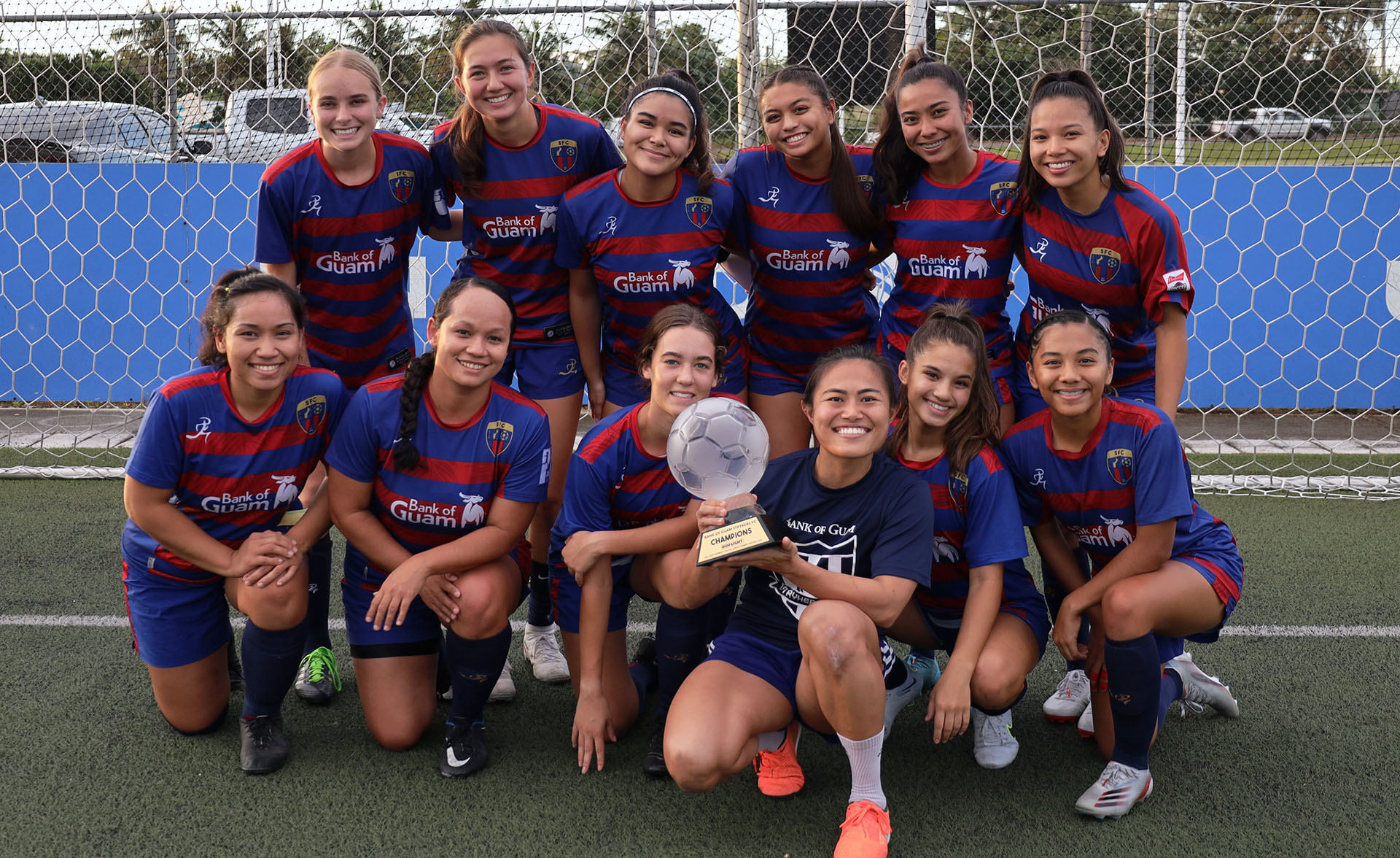 [August 21, 2022 – Harmon, Guam] The Bank of Guam Strykers closed out its title-winning season of the Bud Light Women’s Soccer League Premier Division with a 4-2 win, while Guam Shipyard slipped past Quality Distributors 7-6 for second place over the weekend.

The Strykers (4-0-2) finished with the league’s best record to claim the 2022 championship title. In the team’s final match of the season against the Metro Pacific Islanders FC Saturday at the Guam Football Association National Training Center, Lauren Phillips led her team with two goals for the night, and teammates Elisha Benavente and Olivia Haddock also scored in the win. Jada Han scored both goals for the Islanders. The Strykers had already clinched the title with a Week 5 draw with Quality Distributors regardless of Saturday evening’s result.

In a must-win situation for Guam Shipyard Sunday evening, the team overtook Quality Distributors FC in league rankings with a narrow 7-6 win to claim the league’s second-place trophy.

In the night’s seesaw match, Quality took a 2-0 lead in the first 12 minutes of the match, but Guam Shipyard clawed back to reverse the lead with a 4-2 score at halftime. The intensity continued in the second half, with Quality managing to level the match twice in the deciding half. With the score tied at 6-6 in the waning minutes of the match, Hannah Cruz struck the eventual game-winner in the 89th minute to lift her team to second place.

Colleen Naden led Guam Shipyard with a hat trick for the night and teammate Brianne Leon Guerrero finished with two goals. Cruz and Alina Gumataotao contributed one goal each in the win.

The Strykers’ Gabrielle Moser also was presented the league’s Golden Glove award as the top performing goalkeeper during the season, with the most minutes played and least goals allowed.

With hat tricks by both Naden and Pangelinan Sunday evening, both players finished tied for first in the league’s Golden Boot race. 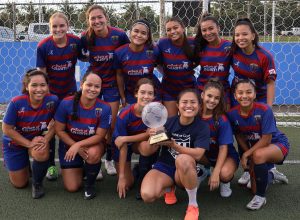 The Bank of Guam Strykers FC pose with the champions trophy of the Bud Light Women’s Soccer League Premier Division during a short presentation ceremony following the team’s 4-2 win over the Metro Pacific Islanders FC in the teams’ final match of the season at the Guam Football Association National Training Center. In the photo, kneeling from left to right are Sheena Borja, Alexy Dacanay, Keziah Milner, Koharu Minato (holding trophy), Olivia Haddock, and Richelle Ragadio. In the back row, from left to right, are Jordan Baden, Kaia Malakooti, Lauren Phillips, Abigail San Gil, Ariya Cruz, and Elisha Benavente. Photo by Samantha Bautista / GFA 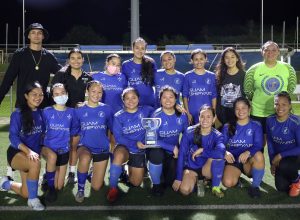 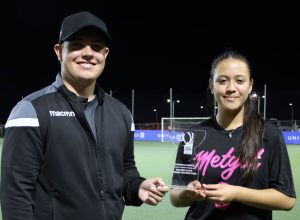