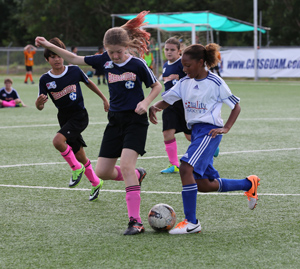 Over 25 youth players in the Triple J Auto Group Robbie Webber Youth Soccer League were the first to be presented with “fair play” cards from league referees and officials after demonstrating exemplary sportsmanship in Week 5 matches at the Guam Football Association National Training Center.

Beginning in Week 5 and continuing through to the league’s final week, referees and match officials will be rewarding selected players through “Fair Play with Triple J”, an initiative by the league’s sponsor. Names of athletes who are presented with the Triple J fair play cards are entered into a weekly raffle to win a limited edition hand-sewn official Kia World Cup soccer ball.

“Our coach reminds us about having good sportsmanship in matches, but I already know it’s not nice to be mean to your opponents or teammates at any time, even if your team is losing or if your team is winning,” said Zaria Johnson, a member of Quality Distributors U12 team, who was presented with a fair play card from match referee Jordan Kengich. “There are times in games when your teammate or opponent falls down, and it’s good to make sure they’re OK and help them get back up to play.

“The youth league here in Guam is fun and I’m having a good time. Sometimes games can get really competitive and I like those,” added Johnson, an 11-year-old student at CDR William C. McCool Elementary/Middle School, who was living in North Carolina before moving to Guam.

In U12A matches, Jonathan Sevilla scored both goals for the ASC Trust Islanders Betde in the team’s 2-0 win over the Guam Shipyard Wolverines.

The Tigers defeated the Orange Crushers 6-1 with a hat trick from Jacob Lee and other goals from Jason Na, Anis John, and James Lee. Bobby Haddock scored for the Crushers.

In the U14 division, the Strykers Red handed the defending champions Wings its first loss in over two seasons. Clayton Mitchell scored the lone goal in the 1-0 contest.

Quality used a hat trick from Sam Larkin and other goals from Micah Hennegan, Matthew Lenherr, and Eddie Huang in its victory over Tumon Soccer Club.

Emma Naval and Shawn Sablan scored in the Islanders 2-0 win over the Sidekick SC.

In the U17 division, Eric Kim and Joshua Cepeda scored in Quality Red’s 2-0 win over the Wolverines.

The Southern Heat edged the Wings Black 4-3 with two goals from Gideon Tyquiengco, and one each from Donovan Reyes and Napu Topasna. Sean Evans, Thomas Park and Fujin Shimoda scored for the Wings Black. 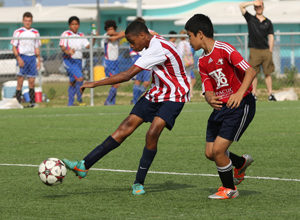 The Strykers’ Clayton Mitchell kicks in the eventual game-winner against the Wings in the U14 division of the Triple J Auto Group Robbie Webber Youth Soccer League in Week 5 action at the Guam Football Association National Training Center. 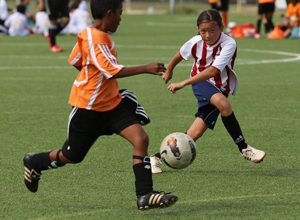 The Strykers’ Kaia Malakooti sends a cross to a teammate ahead of her Orange Crushers’ opponent in a Week 5 U10 division match of the Triple J Auto Group Robbie Webber Youth Soccer League at the Guam Football Association National Training Center. 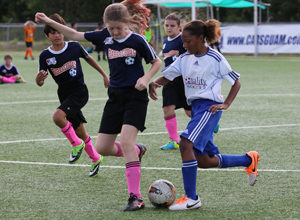 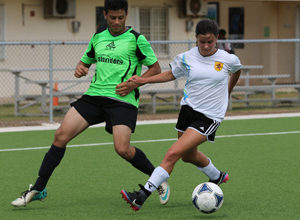 The Sidekick SC’s Kayla Kinney tries to stay in control of the ball against an ASC Trust Islanders Asut defender in a Week 5 U17 division match of the Triple J Auto Group Robbie Webber Youth Soccer League at the Guam Football Association National Training Center. 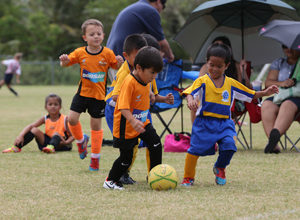 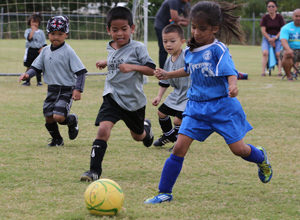 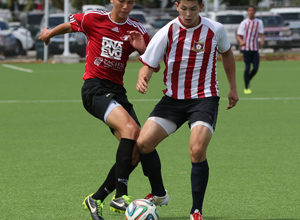 The Wings Red’s Marlon Evans fights for possession of the ball against the Strykers’ Michael “Jake” Benito in a Week 5 U17 division match of the Triple J Auto Group Robbie Webber Youth Soccer League at the Guam Football Association National Training Center. 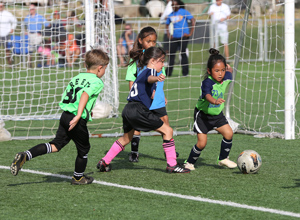