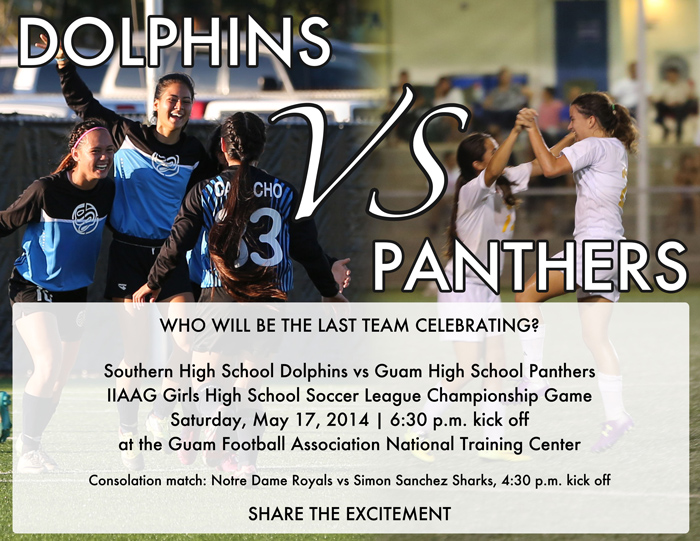 Posted at 03:27h in Interscholastics, News by GFA GW Admin 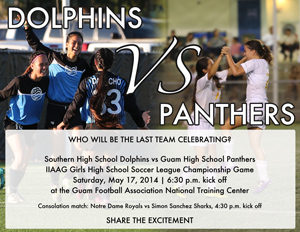 Defending champions Southern High School Dolphins will have a chance for a three-peat against the Guam High School Panthers in the IIAAG Girls High School Soccer League championship match, scheduled to kick off 6:30 p.m. Saturday at the GFA National Training Center.

Southern defeated the Notre Dame Royals 2-1 with goals from Colleen Naden and Therese Vaughan. Destiny Castro scored for the Royals.

Guam High defeated the Simon Sanchez High School Sharks 5-2 with a hat trick from Kayla Kinney and two from Megan Guerrero. Maria Abbey Iriarte scored both goals for the Sharks – one on a penalty kick and one on a long-range rocket that bounced up into the goal.

In the Southern-Guam High match up during the regular season, the Dolphins edged the Panthers 2-1.

The Royals and Sharks will play in the league’s consolation match beginning at 4:30 p.m.