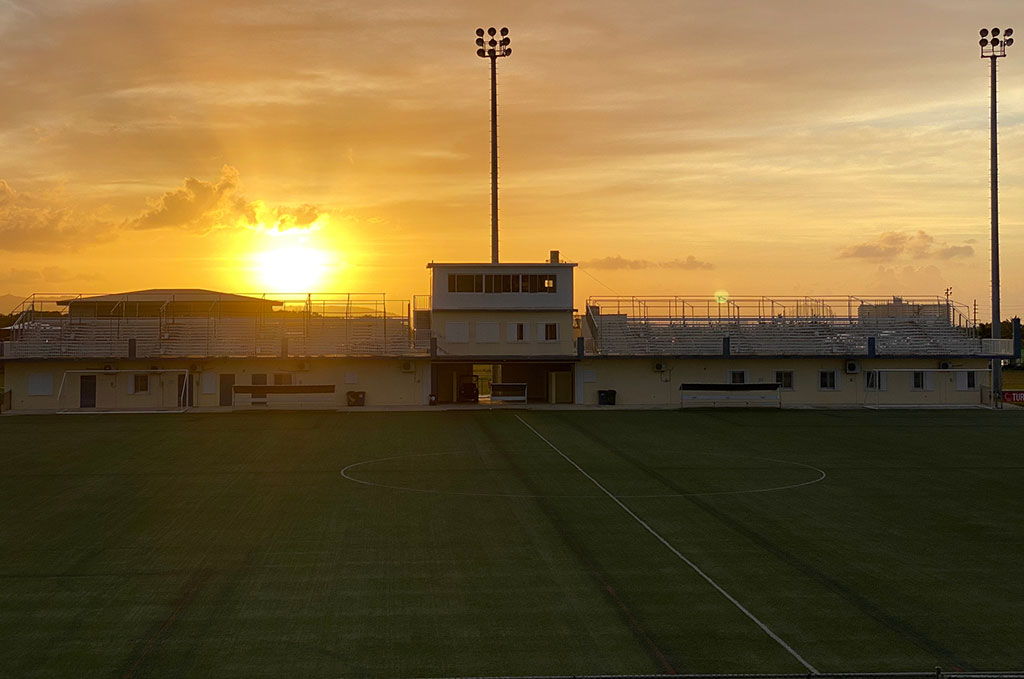 [December 30, 2019 – Harmon, Guam] Beginning in January, the Guam Football Association National Training Center in Harmon will be an entirely smoke-free facility following an Executive Committee decision made during a recent meeting.

“In an effort to promote a health and wellness, I support the Executive Committee decision to prohibit smoking at the GFA National Training Center,” said Tino San Gil, GFA President. “It is not uncommon, as the world’s largest football stadiums and facilities that have hosted tournaments and events at the highest level of the sport are also smoke-free and enforce their anti-smoking policies. We hope that the local community also will support us through this initiative to continue bettering the athletic environment for all who use the facility – from our youngest athletes in the Triple J Auto Group Robbie Webber Youth League, to our top domestic athletes in the Budweiser Soccer and Bud Light Women’s Soccer Leagues, as well as national team athletes playing in international matches.”

The smoke-free regulation includes a facility-wide ban on all forms of smoking, not limited to cigarettes, e-cigarettes, vaping, and usage of any other smoking devices.

The decision falls under exercise of local law under Section 90105 (Prohibition of Smoking in Public Places) of Chapter 90, Division 4 of Title 10 of Guam Code Annotated. Subsection (b) reads, “Any owner, operator, manager or other person who controls any establishment, facility or area described within this Chapter where smoking is not or in-part regulated, may prohibit smoking to occur within the entire establishment, facility or area and §90109, §90110, and §90111 of this Chapter shall apply.”

The entire Chapter 90, more commonly known as the Natasha Protection Act of 2005, is available for viewing online at http://www.guamcourts.org/CompilerofLaws/GCA/10gca/10gc090.PDF

In observance of the New Year holiday, the GFA Main Office will be closed through to Jan. 1 and re-open at 10 a.m. Jan. 2.