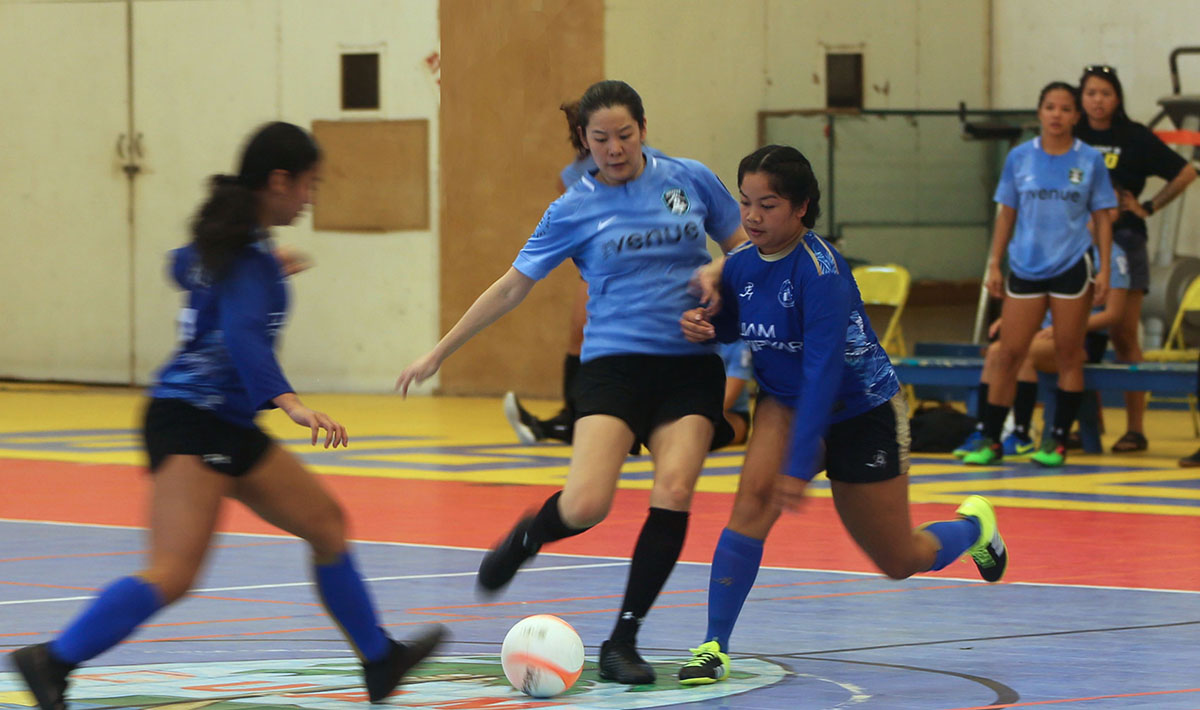 Ariya Cruz and Elisha Benavente both scored twice in the win and teammates Taylor Salas and Adrianna Cruz-Aguon also added to the Sidekicks’ goal haul. Shyann Roberto scored both goals for Guam Shipyard.

The Sidekicks FC will have another chance to topple a league leader in Week 6 play, taking on Quality Distributors at 5 p.m. Aug. 8. In Week 5, Quality increased its goal difference in competition with an 18-2 win over the Metro Pacific Inc. Islanders.

Estoy’s double-hat trick performance puts her at second place in the Golden Boot race with 18 for the season, trailing race leader Colleen Naden of Guam Shipyard by just one goal. Kawauchi is in third with 16 goals for the season.

In Week 5’s other match, the Bank of Guam Lady Strykers defeated the Southern Cobras 12-2. Jordan Baden led all scorers with four and teammates Maggie Phillips, Sabrina Kenney, and Richelle Ragadio each scored twice in the win. Koharu Minato and Christina Duenas also scored for the Strykers. Analea Meno scored both goals for the Cobras.

With the win, Southern Heat (3-2) stays at fourth place in league standings ahead of the Sidekicks (3-2) based on head-to-head competition. On Jul. 11, the Heat defeated the Sidekicks 8-1.

The league’s schedule of matches and statistics are available online at https://guamfa.com/gfa-programs/all-leagues/womens/futsal/schedules-and-results/ 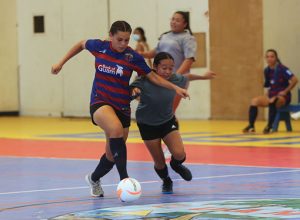 Bank of Guam Lady Strykers’ Samantha Kenney gets pressured by Southern Cobras’ Analea Meno as she attempts to drive the ball forward in a Week 5 match of the Bud Light Women’s Futsal League at the Guam Sports Complex gym in Harmon. The Lady Strykers won 12-2. Photo by Samantha Bautista/GFA 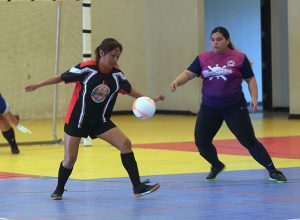 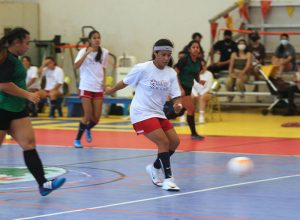