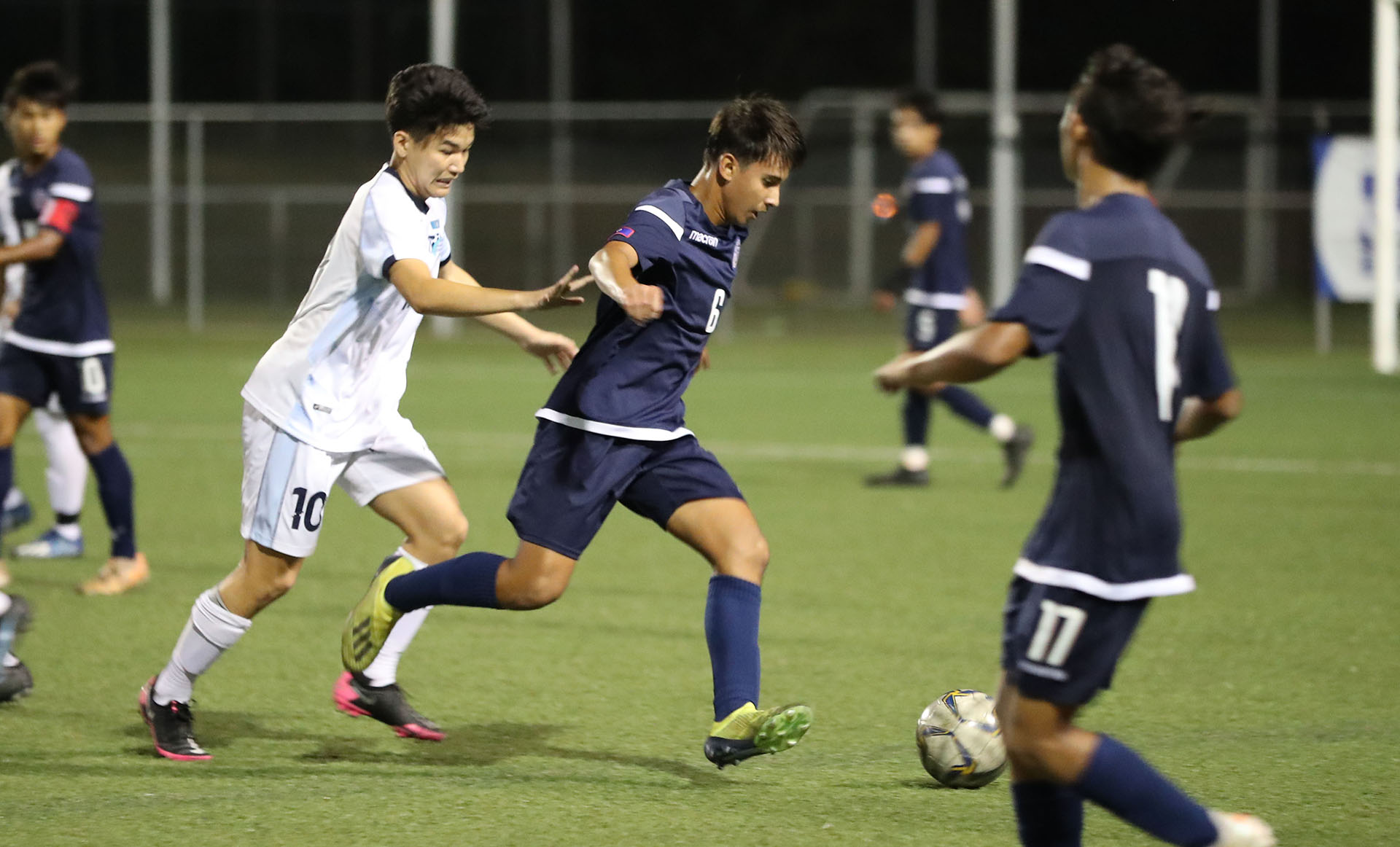 Posted at 03:05h in Matao Tournaments by GFA Website Manager

[July 29, 2022 – Harmon, Guam] Introducing and integrating talented players from youth national teams to the senior level will strengthen not only teams, but also Guam’s National Program as a whole.

“Selecting talented young players from the youth national teams and introducing them to a highly professional environment that they do not normally experience will help them grow as players individually and also will help strengthen the teams they lead,” Kim said. “I want them to fully experience this level of training and competition, learn everything possible, and be inspired to work toward being in this type of environment regularly. I also want them to gain the confidence to bring their experiences and a new level of professionalism back to their youth teams, especially with the upcoming AFC tournaments for the U20 and U17 National Teams. They are leaders of their teams and future leaders of the Matao.”

From Guam’s U20 squad that took part in a training camp in the Philippines in June, Kim called up James Gomez, Morgan McKenna, Elijah Ochoa, Eduardo Pedemonte, Jr., and Alexander Stenson. From Guam’s U17 Boys team that competed in the Davis Legacy College Showcase and the 2022 Surf Cup earlier this year, Kim called up Erwin Manibusan, Jr. and Jacob Toves. Of the seven, Gomez, McKenna, Pedemonte, and Stenson have been called up to the Matao previously. Gomez and Pedemonte have earned international caps for Guam at the senior level in official competition.

“In football there’s an old adage that says, ‘if you’re good enough, you’re old enough,’ and that is exactly how I feel,” said Jason Cunliffe, captain of the Guam National Team. “Being one of the local Matao players, I get to see the U20 and U17 boys in person, so I’m aware of their capabilities. Integrating them as early as possible will only benefit our overall football development as a national and I look forward to having them in with us during this training camp.”

The players will take part in eight field sessions, five gym sessions, and four training matches packed into nine days. The training matches will be against Soongsil University, the Korea U20 National Team, Yangju Citizen FC from the K-3 League, and Suwon FC from the K-1 League. This type of schedule and training match opposition is particularly uncommon for Guam’s youth national players and will test their abilities moving up to the senior level.

“These young boys clearly have the ability to be great, but as in anything in life, you are going to go through adversity and have some ups and downs,” Cunliffe explained. “The key to being really successful is being consistent and doing the little things really well. Nowadays, in modern society, everything is about instant gratification and unfortunately, that has manifested itself in the younger generations in a way where they seem to think they can just quit when things don’t quite go their way immediately and move on to something else.

“I hope these boys see the type of work it takes to be successful and that they fall in love with the process of real commitment. It’s not always sunshine and rainbows, but when you find something that you truly love, you commit to it wholeheartedly. I hope that is something they can take away with them after this training camp and they become hungrier and even more motivated to achieve their goals,” Cunliffe added. 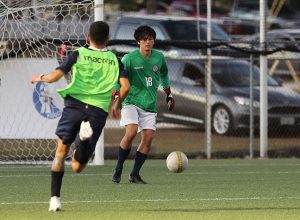 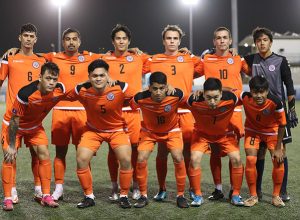 Guam’s starting 11 players pose for a photo ahead of a training match against a visiting Northern Mariana Islands Men’s team during a training match earlier this year in this file photo. In the photo are, front row from left to right, Ryan Quitugua, Noah Bamba, Devan Mendiola, Ricky Katsumata, and Riku Meyar. In the back row from left to right are Nathan Sablan, Marcus Lopez, Isiah Lagutang, Shane Healy, Jason Cunliffe, and Jacob Toves. Quitugua, Bamba, Mendiola, Katsumata, Lopez, Healy, Cunliffe, and Toves were selected to take part in a Matao training camp in Korea Republic beginning July 30. Of the 30 total players selected for the training camp, Toves and six others are still eligible to play in their respective youth national teams in AFC U20 and U17 Asian Cup qualifiers later this year.

Jacob Toves scans the pitch to begin Guam’s attack against a visiting Northern Mariana Islands Men’s team during a training match earlier this year in this file photo. Toves is part of a small group of youth national team players that have been called up to a Guam National Team training camp in Korea Republic beginning July 30. Of the 30 players selected, Toves and six others are still eligible to play in their respective youth national teams in AFC U20 and U17 Asian Cup qualifiers later this year.