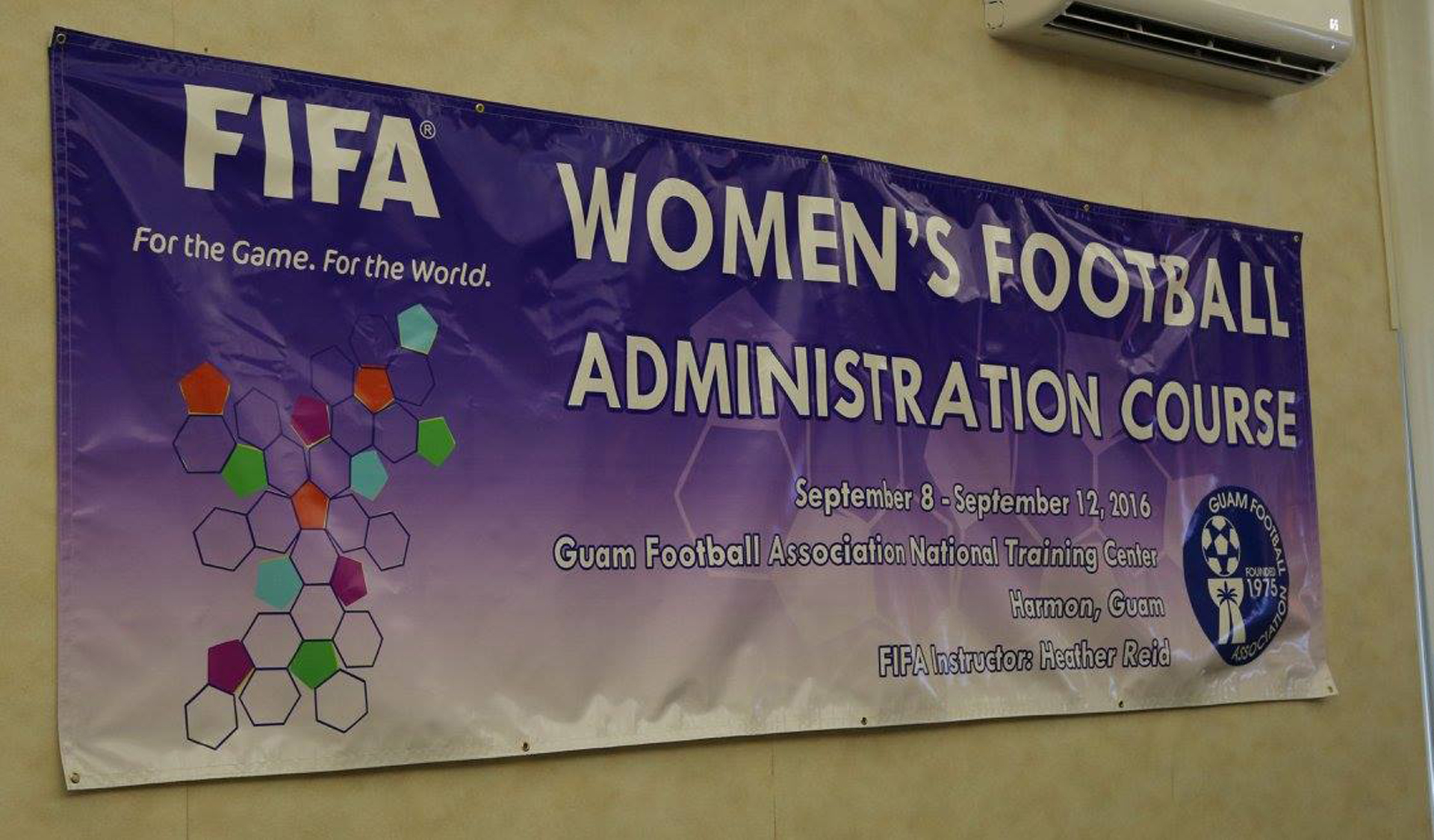 [September 5, 2016 – Harmon, Guam] – The future of women’s football in Guam will be one of the main topics of discussion in a FIFA Women’s Football Administration Course to be held at Pacific Star Resort &amp; Spa beginning 5:30 p.m. Wednesday with visiting FIFA instructor Heather Reid of Australia.

“I am taking this FIFA Women’s Development Course to prepare myself to continue to be involved at Guam Football Association after my playing career ends and coaching/administrative career begins,” said Anjelica Perez, current captain of the Masakåda, Guam women’s national team. “This course may help me gain a new perspective as a future coach and potential female leader in FIFA. Perhaps the instructor will demonstrate how to become an effective and influential leader by helping understand current struggles in the women’s program at comparable FIFA member associations.

“Throughout the course, I look forward to the introduction of female leaders from across the globe who’ve made a positive impact at the local and international level. I also anticipate learning of opportunities to ensure the continued growth of the women’s program in Guam. Overall, I would like to become more aware of the historical, current, and future outlook of women’s football development,” Perez added.

The six main objectives of the five-day course are:

• Improve the knowledge and to educate staff working with women’s teams, clubs and GFA

• Increase the number of female players, coaches, referees, and managers

• Professionalize the management of women’s football in Guam

A few slots are still available to participate in the course, which runs through Sunday, said Grace Martinez, GFA Women’s Administrator. Interested participants will need to fill out a registration form for the course and submit to GFA. The registration form is available at the GFA Main Office and also via download from the GFA official Web site at http://www.guamfa.com/forms/FIFA_Course_Application_Form%202016.pdf

Course sessions will be held at the Proa room on lobby level at the Pacific Star Resort & Spa. The course is limited to 35 participants. There is no fee to register for the course.

Reid, a 2007 inductee into the Football Federation of Australia Hall of Fame, has been involved in different areas of football as a volunteer and professional administrator since 1978.

The course comes weeks after Guam jumped 53 ranking spots on the FIFA/Coca-Cola Women’s Ranking, most recently released Aug. 26. Following the successful campaign by the Masakåda during the EAFF E-1 Football Championship Round 1 in the summer, Guam moved back to its average position at No. 80. Guam’s best women’s ranking is No. 66 in the world, achieved in 2003 after a notable silver-medal finish in the 2003 South Pacific Games in Suva, Fiji.

“I am excited we gained our ranking back after winning the first EAFF round,” Perez said. “We look forward to meeting our head coach when appointed and anticipate a better outcome than in our previous second-round appearance in 2014. We also hope to regain our stateside players who add value to our team.

“Unfortunately, I missed out on the previous second-round tournament in 2014, as I was in graduate school, but my understanding is that the ladies are coming together with stronger willpower and added experience to improve our outcome this November,” Perez added.

For inquiries regarding the course, call the GFA Main Office at 637-4321 or E-mail [email protected]