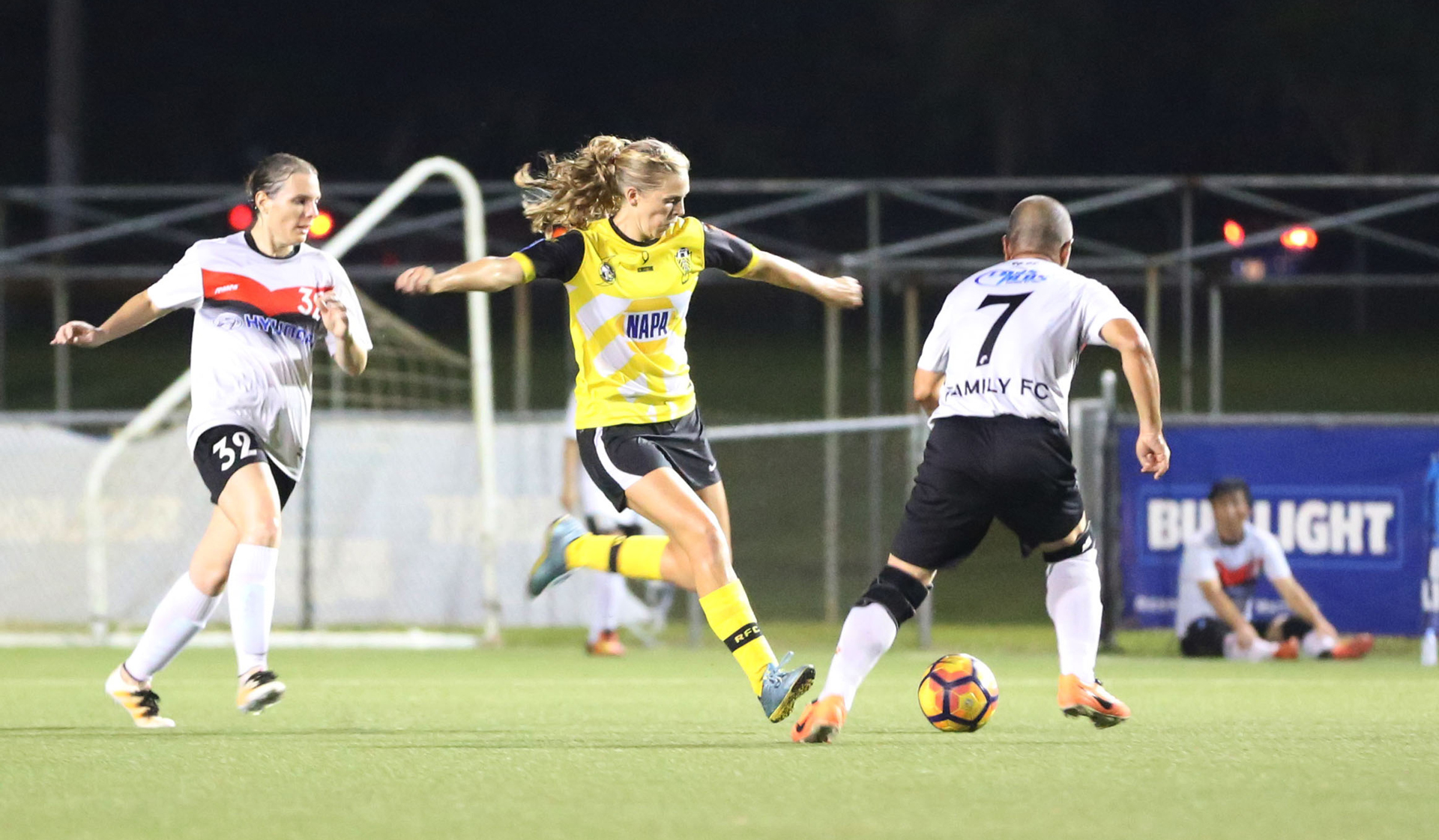 [August 5, 2017 – Harmon, Guam] No. 3 United Masters avenged a regular-season loss to No. 2 Big Blue Masters for the chance to take on defending champions NAPA Rovers Masters in the final of the 2017 Red Dragon Sports Co-Ed Masters Soccer League.

Both teams, the only two to ever hoist the Co-Ed Masters Soccer League championship trophy in the league’s seven-year history, will play for the 2017 title Friday at the Guam Football Association National Training Center beginning 9 p.m.

In the late semifinal match, United Masters played down their opponents early, amassing a 4-0 advantage by the halftime whistle with two goals from Naoki Takahashi and one each from Takefumi Inoue and Chin Ho Yun. Teammate Duc Khong added another goal two minutes into the second half connecting on a Kevin Knaeble assist to extend the team’s lead to 5-0.

Big Blue Masters were far from done despite the deficit, with the team’s top scorer, James Campbell, securing a goal for his team in the 51st minute. Campbell pressured United Masters’ Enrique Servatico after the second-half goalkeeper received a back pass from defender Kevin Malakooti, putting the United Masters’ defensive line in panic mode. Campbell worked with teammate Julian Cooper-Nurse to eventually gain possession of the ball for the shot on goal.

One minute later, the United Masters gifted their opponents with an own goal, but Big Blue Masters’ glimmer of hope faded after Inoue buried his second goal of the night in the 57th minute for the eventual 6-2 final score.

NAPA Rovers Masters earlier defeated Hyundai Family FC 2-0 in the first semifinal match of the night with one goal each from Jeremy Hare and Anjelica Perez.

The full matches are online for viewing on GFA’s Internet TV channel, https://mycujoo.tv/ch/376 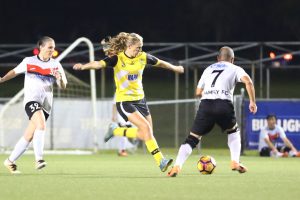 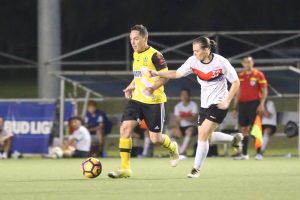 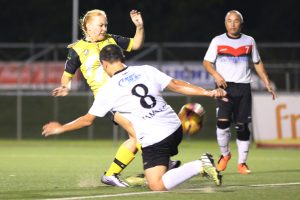 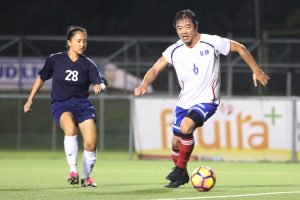 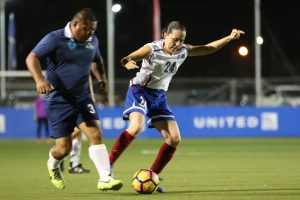 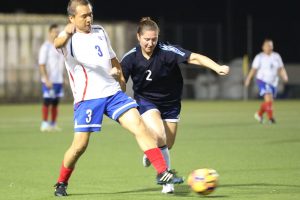