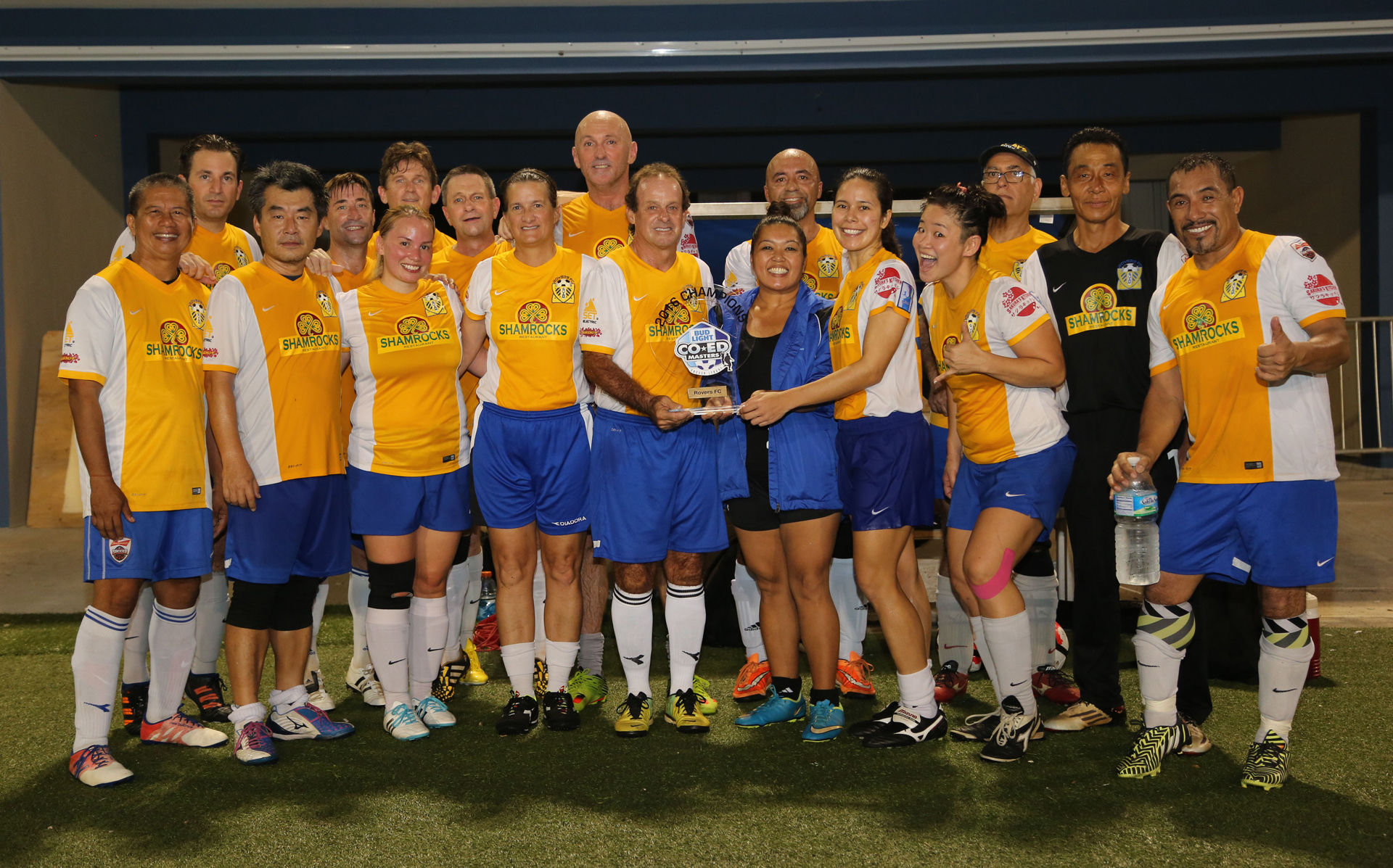 Last year’s champions, United Masters, managed to spoil a perfect season by the Rovers Masters, edging the 2016 champions 3-2 with a pair of goals by Takefumi Inoue and the eventual game-winner from Koharu Minato. Peter Houk and Julio Gonzales scored one goal each for Rovers Masters.

Inoue was in the running for the league’s Golden Boot award, but needed at least one more goal in Friday’s match to tie Rovers Masters’ Michael Tate with 20 goals for the season.

Tate eventually finished the race in first place, followed by Inoue with 19 goals for the season. Thomas Pacileo of the IT&E Boonie Dawgs finished in third with 10 goals in 10 matches. Rovers Masters’ Anjelica Perez, also captain of the Masakåda, Guam women’s national team, finished with the most goals scored by a female player in the league – seven in 10 matches.

United Masters finished the 2016 season with the second-best league record at 7-2-1. Before the 2015 season, Rovers Masters had won the co-ed soccer title for four consecutive seasons. Gonzales and goalkeeper Michael Lee, now both with Rovers Masters, were part of the United Masters championship team last year.

In Friday’s other match, Hyundai Family FC defeated IT&E Boonie Dawgs 2-0 and officially finished in third place with a 6-2-2 record.

Besagar later scored in the second half from a shot about 25 yards out to the opposite post for the final 2-0 score.

In the week’s other match, Big Blue won against the Strykers FC via forfeit. 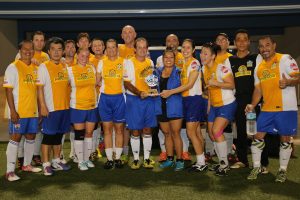 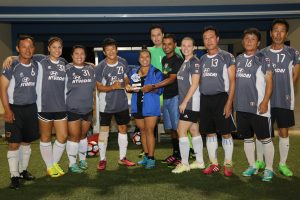 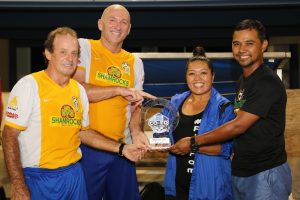