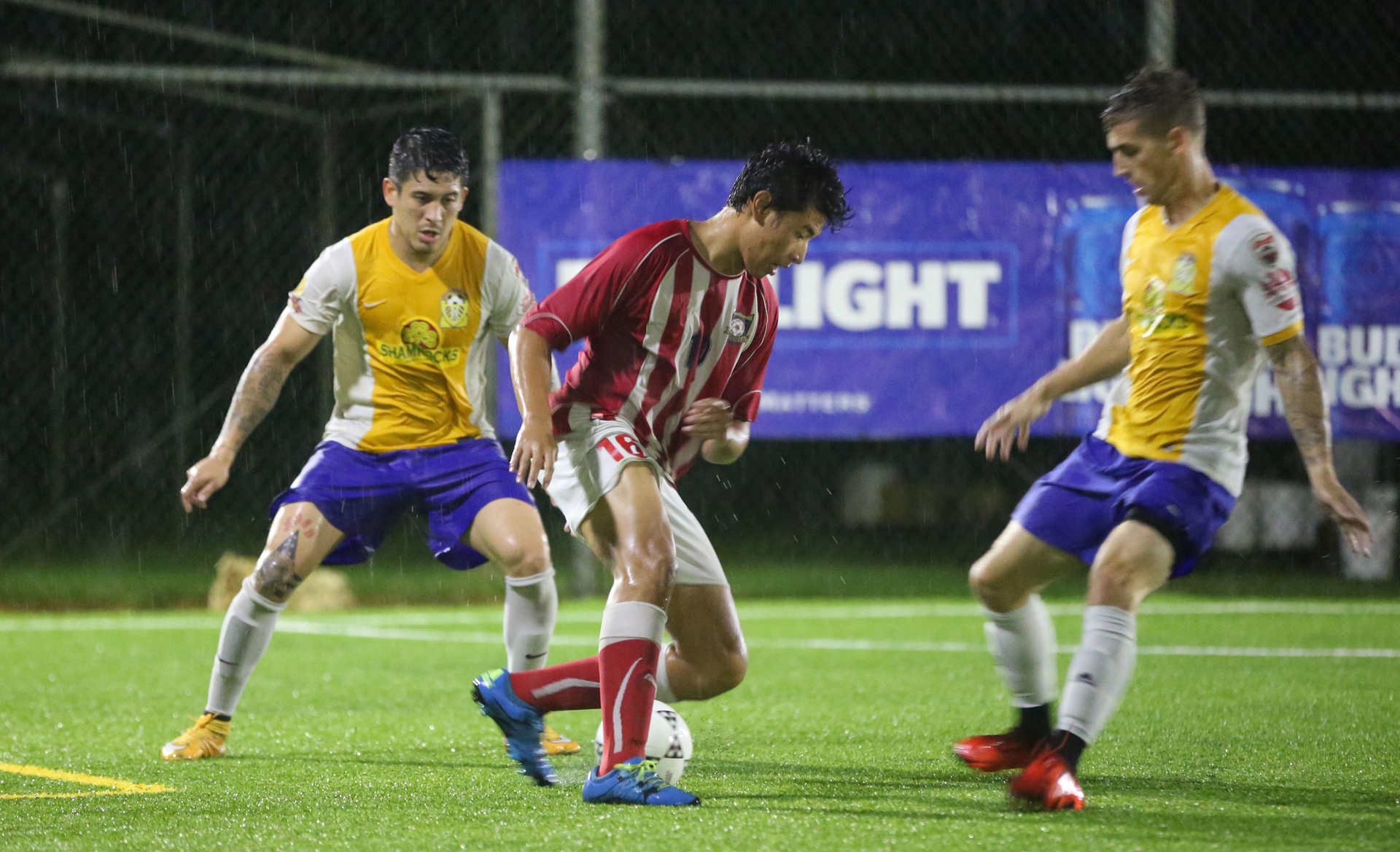 Third-ranked Strykers edged the Rovers 5-4 in a physical match that saw three players sent off with red cards before the final whistle.

Ricky Katsumata’s second goal of the night was the eventual game winner following a pair of goals from Vinicius Rodrigues and one from Marcus Lopez for the Strykers. Jonahan Romero led the Rovers with two goals and teammate Logan Dillenburger scored once. The Rovers’ other goal came on a Strykers own goal.

Despite the loss, the Rovers still finished the regular season as the top-ranked team and will next play No. 4 Quality Distributors in the first round of playoffs kicking off at 6 p.m. on Saturday. Only the top four teams in the league move on to playoffs.

The Strykers secured third place in league standings and will face No. 2 Guam Shipyard in the league’s other playoff match on Saturday, also kicking off at 6 p.m. Guam Shipyard finished regular season play with a 19-0 shutout of Doosan FC. Min Sung Choi finished with a double hat trick and teammate Mark Chargualaf finished with five goals. Christopher Reyes scored a hat trick in the win and teammates Dominic Gadia and brother Andre Gadia scored two each. Donald Weakley scored Shipyard’s other goal.

The Crushers FC’s playoff hopes were dashed with a 5-1 loss to the Southern Cobras. Ashton Surber led all scorers with four goals and teammate Gerard Aguon also scored. Tyler Guyton scored the Crushers’ lone goal on a penalty kick.

Both playoff matches – No. 1 Rovers against No. 4 Quality and No. 2 Shipyard against No. 3 Strykers – will kick off at 6 p.m. Saturday at GFA. 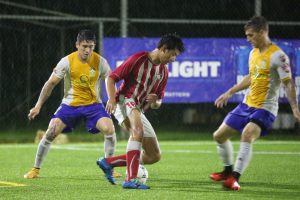 The Strykers FC’s Xavier Naputi attempts to get the ball through the defense of Rovers FC’s Jonahan Romero (left) and Logan Dillenburger (right) during a final round match of the Budweiser Futsal League Wednesday evening at the Guam Football Association National Training Center futsal courts. The Strykers won 5-4. 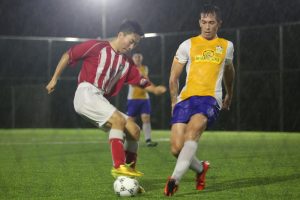 The Strykers FC’s Ricky Katsumata attempts to get the ball around the defense of Rovers FC’s Jason Cunliffe during a final round match of the Budweiser Futsal League Wednesday evening at the Guam Football Association National Training Center futsal courts. The Strykers won 5-4. 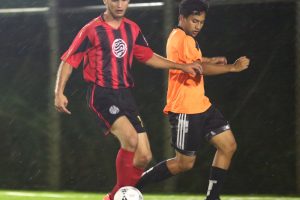 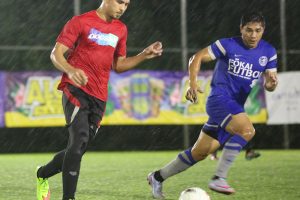 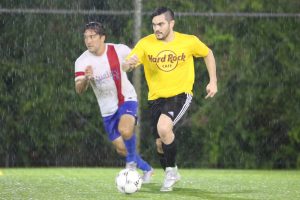 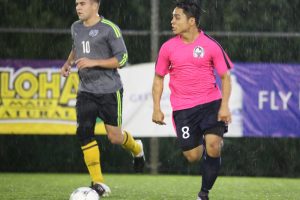 Lots of Art Tattoo Heat’s A.J. Root looks for a teammate to pass the ball to as the Andersen Bombers’ Marcus Buford looks on during a final round match of the Budweiser Futsal League Wednesday evening at the Guam Football Association National Training Center futsal courts. The Heat won 12-5.