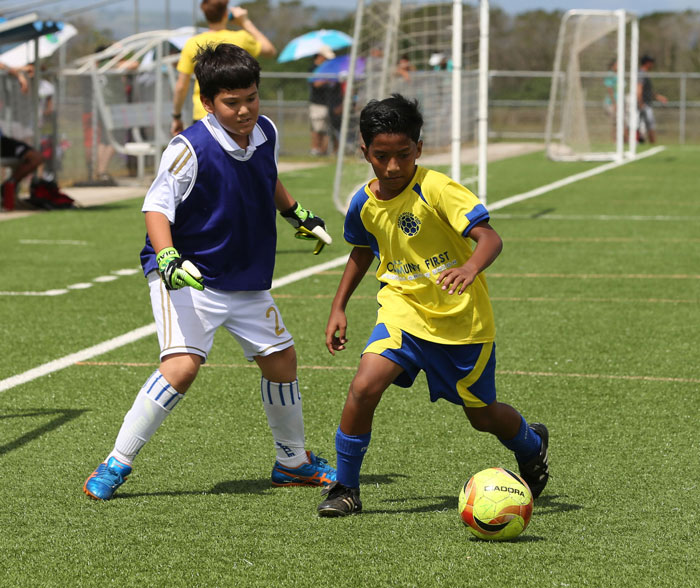 [April 12, 2015 – Harmon, Guam] – For many top soccer players, having a role model at an early age – whether it is an international star featured daily in media or someone closer to home – assists immensely in developing a pure love for the sport.

“I started playing soccer because my older brother, Patson, started playing soccer and I look up to him,” said Patrick Haimin, one of Community First Dededo Soccer Club’s top U12A players. “I was six years old when I started and I really love playing. My favorite part of the sport is playing fair with my teammates in league matches. In practice, I always look forward to scrimmages because that’s the most fun.

“This season, our club put in a team in the U12A division and we are doing well. I hope we can finish in the top three,” added Haimin, an 11-year-old student at Vicente S.A. Benavente Middle School.

Dededo has two more regular season matches in the Triple J Auto Group Robbie Webber Youth Soccer League and is currently in fifth place. In the team’s Week 7 match against the Tigers, Haimin scored four goals in his team’s 7-4 win. Yuuki Kubo scored twice and Kaden Rivera once in the win. Seung Chan Lee scored four for the Tigers.

The Orange Crushers edged the ASC Trust Islanders Asut 4-3 with two goals from Robert Haddock and one each from Nathaniel Mortera and Nate Morgan. Jadyn Palomares, Jason Palomares, and Mia Taitano each scored once for the Islanders.

In the U14 division, the Islanders Betde defeated Wings Black 7-2 with a hat trick from Blayde Blas, two goals from Shawn Sablan and one each from Tiffani Lopez and Javian Cruz. Eddie Cho scored twice for the Wings Black.

The Islanders Apaka edged their Asut counterparts 3-2 with two goals from Aaron Gogo and one from Jaryn Borja. Mackey Rasmussen and Isaiah Macalma scored for Asut.

The Tigers defeated the Sidekick SC 4-1 with a pair of goals from Seung Min Kim and one each from Kris Fernandez and Yu Chan Lee. Noah Borja scored for the Sidekick SC.

Quality Distributors defeated the Islanders Asut 6-0 with three goals from Sam Larkin and one each from Joshua Cepeda, Ryan Ledger, and Andrew Baldwin.

The Wings Red won via forfeit over the Southern Cobras. 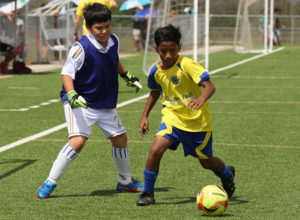 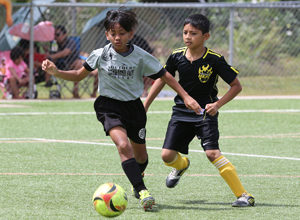 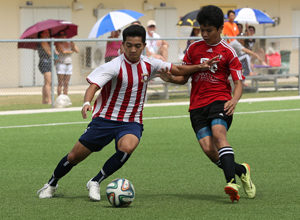 The Strykers’ Chris Cawili gets set to send a cross into the box against the Wings during a U17A match of the Triple J Auto Group Robbie Webber Youth Soccer League at the Guam Football Association National Training Center. The Strykers won 5-1. 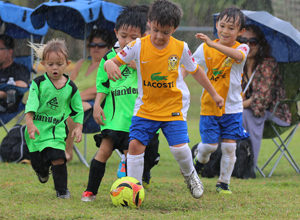 The ASC Trust Islanders Asut’s Rai Santos gets his foot on the ball for a slide tackle against the Wings Red during a U17A division match of the Triple J Auto Group Robbie Webber Youth Soccer League at the Guam Football Association National Training Center. Wings Red defeated Islanders Asut 9-2. 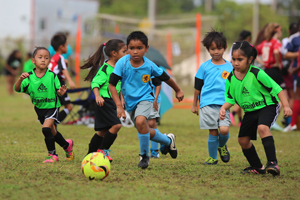 The Sidekick SC and the ASC Trust Islanders play in a U8 match of the Triple J Auto Group Robbie Webber Youth Soccer League at the Guam Football Association National Training Center. 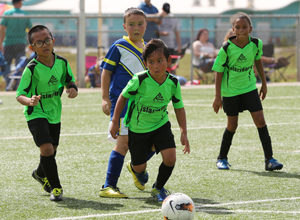 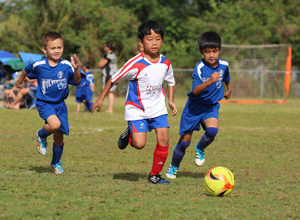