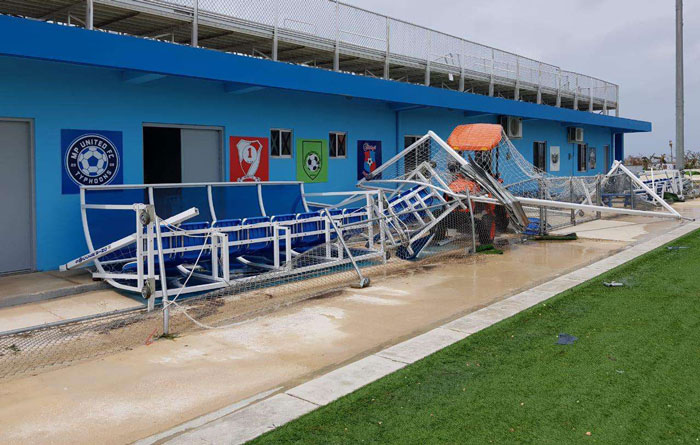 Posted at 22:17h in News, Social Responsibility by admin

All are invited to make cash donations to directly benefit the NMI FA and its football community, either by visiting the GFA Main Office during operating hours or online via PayPal. Funds raised will go directly to NMI FA efforts to repair severe damage at the new NMI FA National Training Center, as well as its efforts to revive football programs on the island.

According to USA Today, Yutu’s sustained winds of 178 mph passed directly over Tinian.

It is the strongest storm on record to ever hit U.S. soil and tied for the most powerful storm on Earth in 2018, according to the National Oceanic and Atmospheric Administration.

Guam’s U17 Boys and U19 Women’s National Teams recently competed in the 2018 Marianas Cup, staged at the NMI FA National Training Center earlier this month. The Marianas Cup was the first international tournament held at the new facility in Koblerville.

For any inquiries regarding the Relief Drive for NMI, call the GFA Main Office at 637-4321 or send an E-mail to info@theguamfa.com 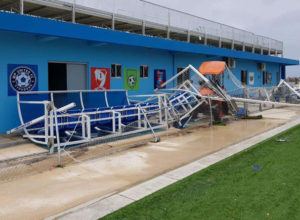 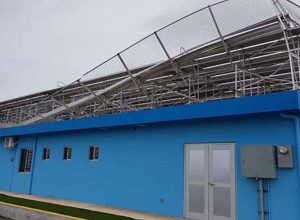 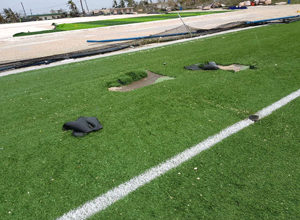