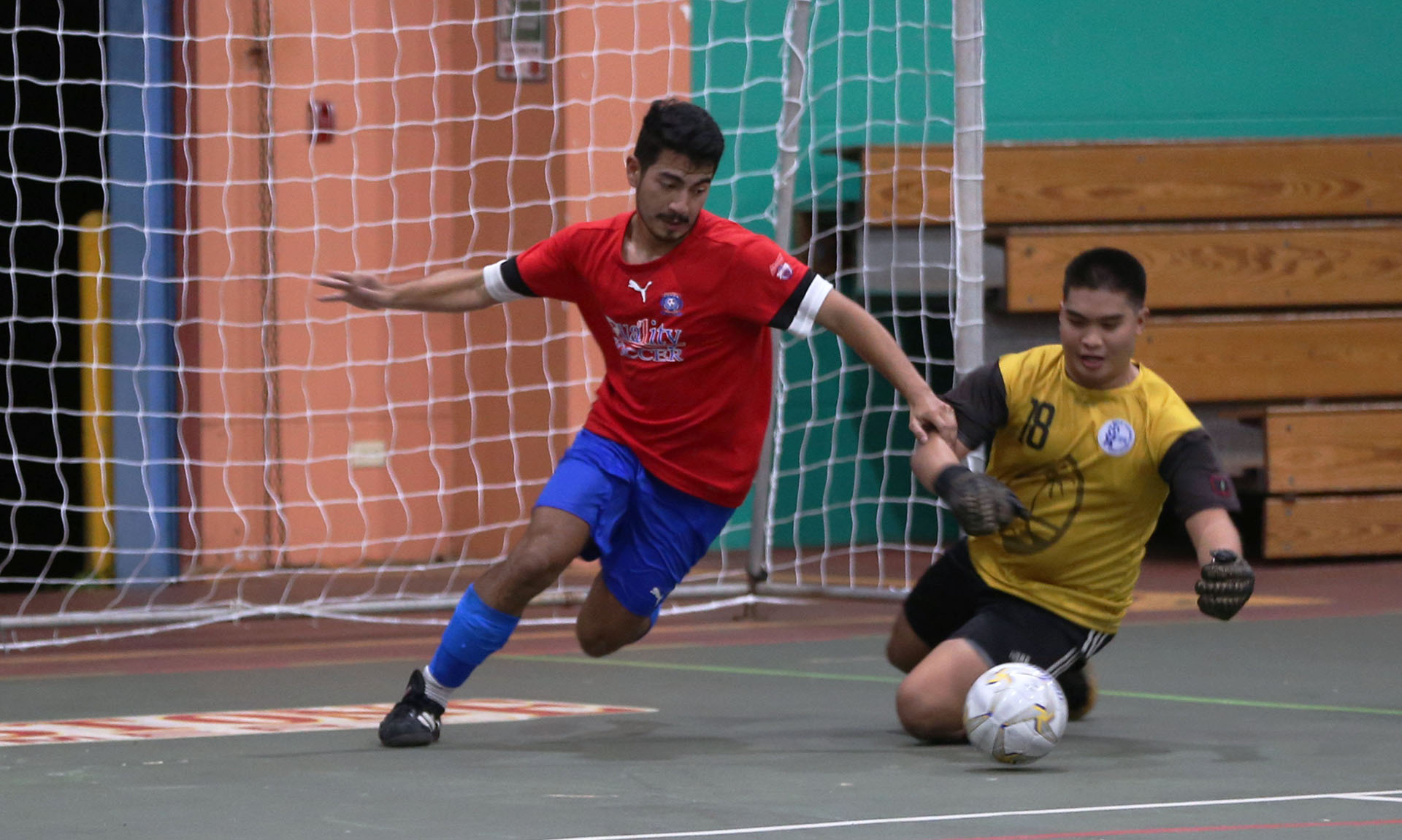 Brandon Auayan and Prince Anderson each scored twice in the win for Quality. Jehn Joyner scored the Strykers lone goal in the contest.

Earlier in the evening, the Islanders FC picked up their second win of the season with a 21-4 rout of the Orange Crushers. Jherico Tiamzon led all scorers with four goals for the Islanders and teammates Marc Pagaduan, Joshua Pangelinan, and Justin Cruz each finished with a hat trick in the win. Noah Duenas and Allan Aranas each scored twice and teammates Joshua Bamba, Nicolas Cabuhat, Takefumi Inoue, and Tekopua Mareko contributed one goal each. Joseph Capulong and Felix-Dan Fontanilla each scored twice for the Crushers.

The league continues with matches on Mondays, Wednesdays, and Thursdays at the Astumbo gym. Updated schedules are posted on https://guamfa.powerupsports.com 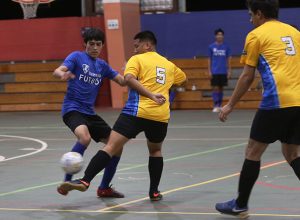 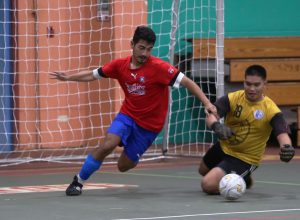 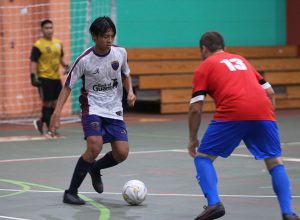 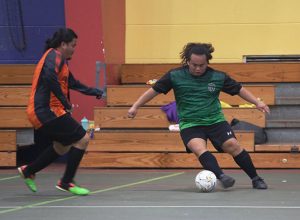 Islanders FC’s Nick Cabuhat attempts to play the ball forward during a match of the Budweiser Men’s Futsal League against the Orange Crushers played Thursday evening at the Astumbo gym. The Islanders won 21-4. Photo by Samantha Bautista / GFA 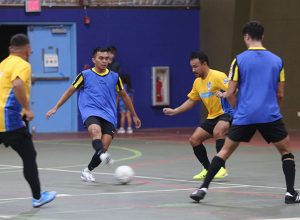 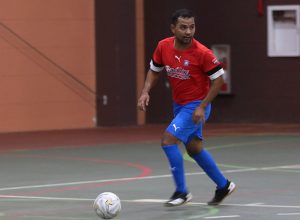