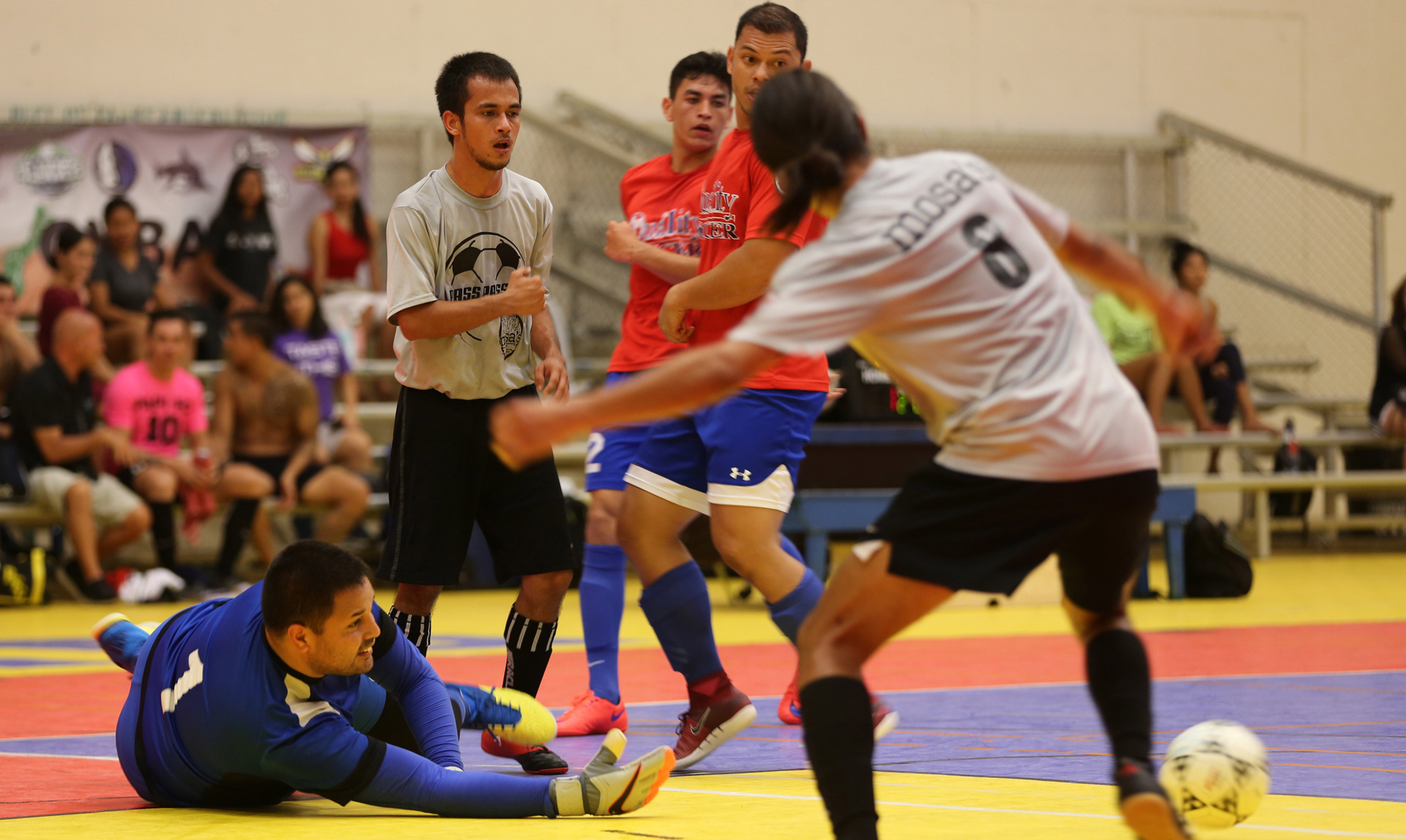 Papi FC staved off a late surge by the Bank of Guam Strykers and won 8-5 to book the team’s ticket to the championship match. A double hat trick performance by Marcus Lopez was enough to keep Papi FC ahead of the Strykers and teammates Roy Abril and Jason Cunliffe also scored in the win. Hiro Asoshina led the Strykers with two goals and teammates Scott Spindel, Sho Hammond, and Bradley Dickson also scored.

Abril will have the opportunity to play against his son Giancarlo as their respective teams battle for the league’s champions trophy following Quality Distributors’ 10-8 victory over Mosa’s in the other semifinal match Wednesday evening.

Papi FC has the edge over Quality Distributors, winning 13-5 in the teams’ regular season matchup this year.

The championship match between Papi FC and Quality Distributors is set for 5:30 p.m. Sunday at the Guam Sports Complex gym. The Strykers and Mosa’s will play for third place at 4 p.m. Sunday.

A short awards ceremony will be held following the championship match. 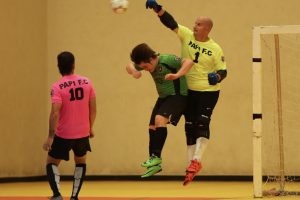 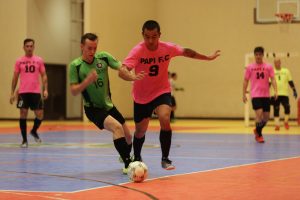 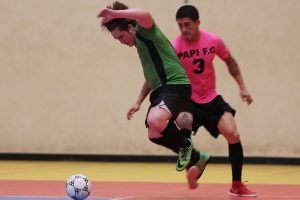 Bank of Guam Strykers’ Scott Spindel gets tripped by Papi FC’s Jonah Romero as he attempts to make his way to the goal in a semifinal match of the Budweiser Futsal League played Wednesday evening at the Guam Sports Complex gym. Papi FC won 8-5. 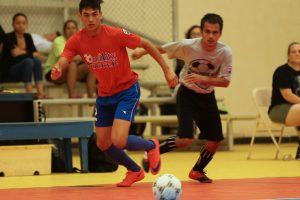 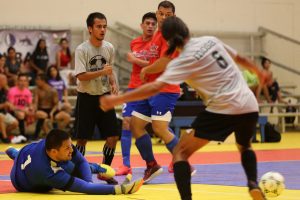 Quality Distributors goalkeeper Brett Maluwelmeng (on floor, in blue) manages to break up an attacking play by Mosa’s by pushing the ball out of the arc in a semifinal match of the Budweiser Futsal League played Wednesday evening at the Guam Sports Complex gym. Quality won 10-8. 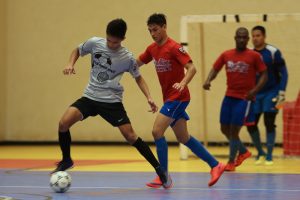 Mosa’s Seth Surber controls the ball as he makes an attempt to turn to the goal facing defensive pressure from Quality Distributors’ Giancarlo Abril in a semifinal match of the Budweiser Futsal League played Wednesday evening at the Guam Sports Complex gym. Quality won 10-8.