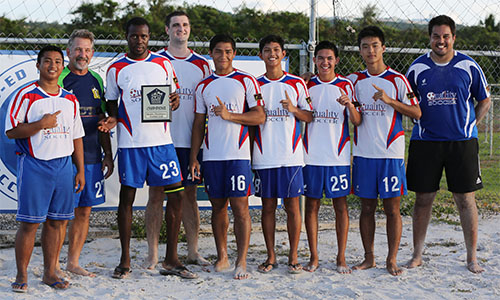 The Paintco Strykers defeated Crushers FC 10-5 in the battle for third place. At the conclusion of the championship game, both Quality and Doosan also were awarded the league’s Fair Play Award and the Strykers’ FJ Chargualaf was awarded the league’s Golden Boot award for scoring the most goals in the regular season with 23 total.