Playoff Rankings to Be Determined in Beach Soccer 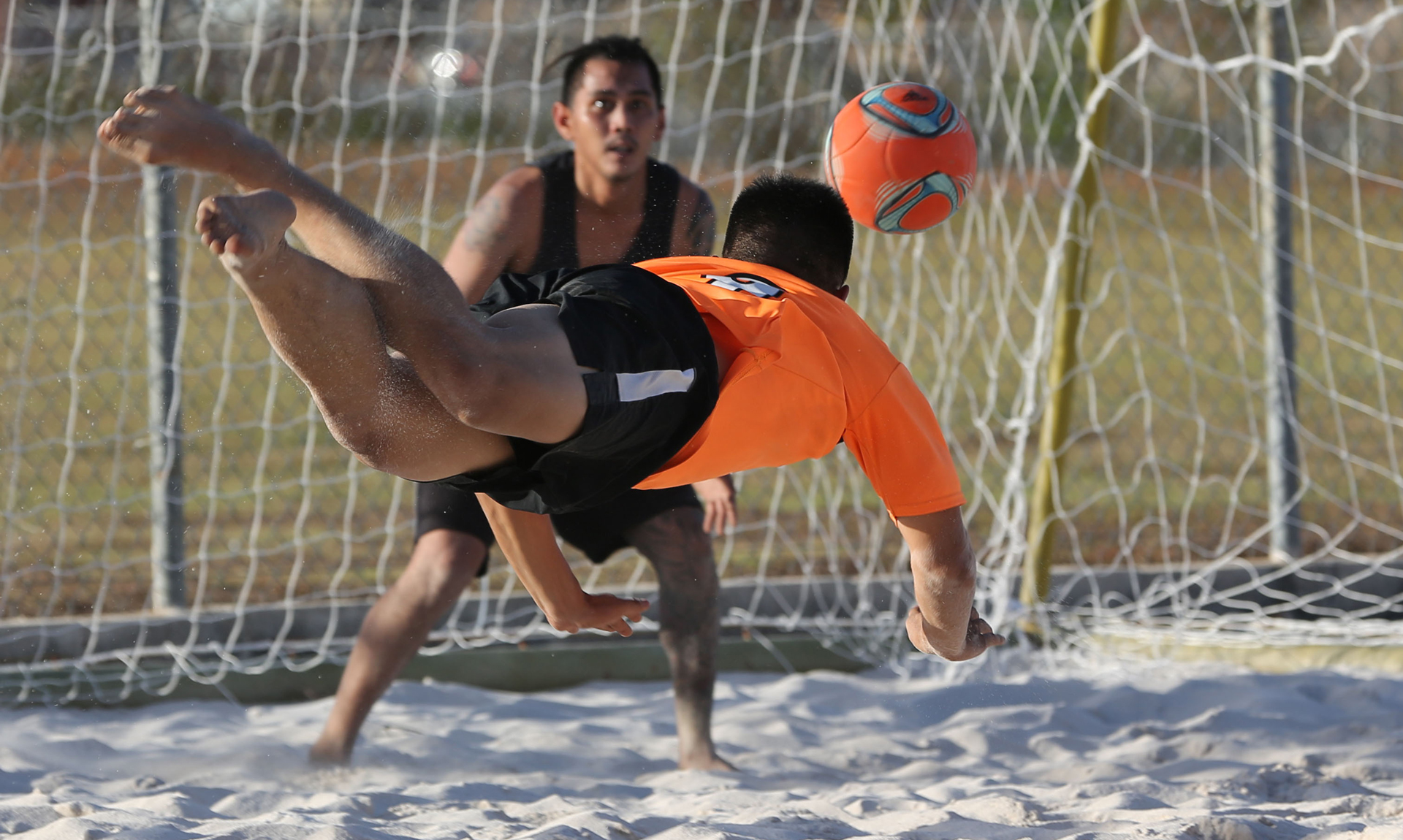 19 Dec Playoff Rankings to Be Determined in Beach Soccer

Quality Distributors currently lead league standings with a 3-1 record after two weeks, followed by defending champions Crushers FC at 2-2. Strykers FC (2-2) and Doosan FC (1-3) are in third and fourth, respectively moving into the final week of double round-robin matches.

The Crushers later defeated a shorthanded Strykers team in the last match of the day, 15-2. Tyler Guyton scored five goals and teammate Albert Toves scored four in the win. Justin Samonte and Jonathan Guerrero each scored twice and teammates Ryan Shipman and Sho Hammond also scored for the Crushers. Francis Chargualaf scored both of the Strykers’ goals.

Beach soccer continues Saturday with Quality taking on the Crushers at 2 p.m., followed by the Strykers playing against Doosan at 3 p.m. Doosan plays against the Crushers immediately after its first match, and the Strykers will take on Quality in the late match, kicking off at 5 p.m 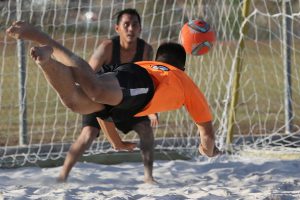 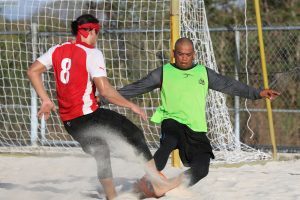 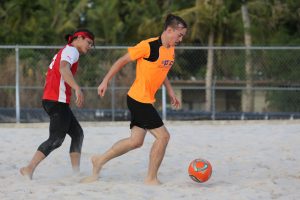 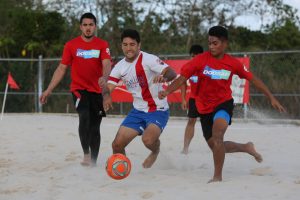 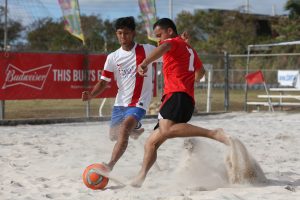 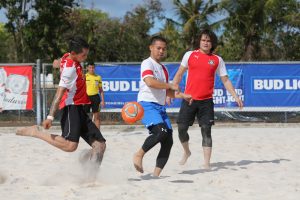