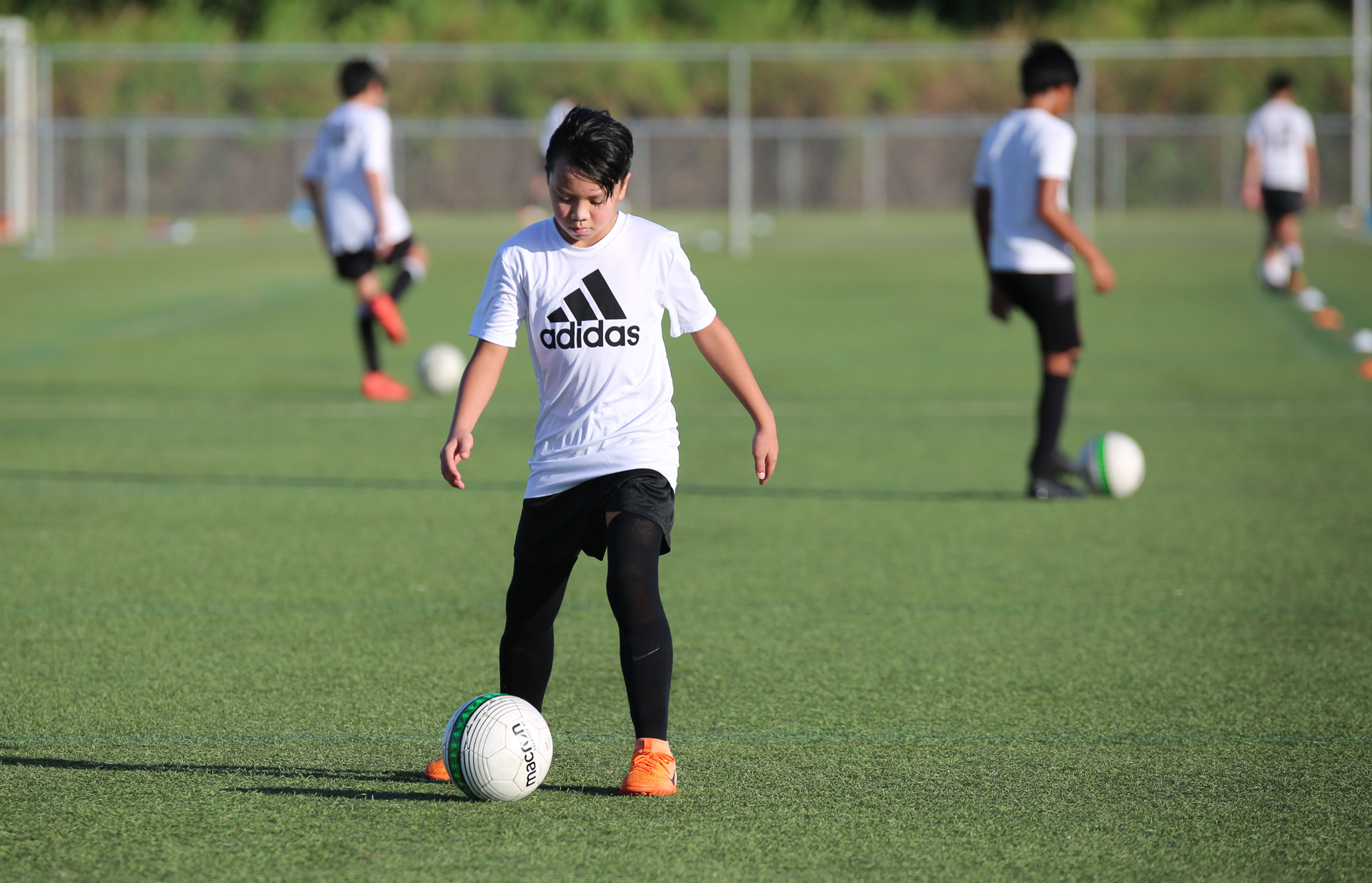 Posted at 04:27h in Elite Selection Team, News by admin

[June 22, 2020 – Harmon, Guam] For Guam’s elite football athletes, the return to training at the Guam Football Association National Training Center has been warmly welcomed after an almost three-month hiatus.

With the addition of Elite Selection youth teams training at GFA the week of June 15, coaches and GFA Technical Department staff have been coordinating sessions daily for six different groups.

“I’m really happy to be back training at GFA again,” said Levi Berg, who currently trains with the U17 Boys and the Elite Selection boys team three times a week. “Obviously, it’s a lot different now than it was three months ago. Even though we can’t do all of the things we were able to do during our training sessions before, it’s still great to get out there, getting touches in on a real pitch with coaches to guide us.”

“The new safety procedures don’t really bother me – it’s just how it is for now and I’m sure it will get back to normal soon,” said Berg, who also plays for Wings FC. “We just have to be patient and focus on working hard. It’s also great to have Coach Pavel, the new high performance coach. He’s quickly getting us back into shape after such a long break and teaching us new ways to push our bodies. For me, personally, I really enjoy the sessions we have in our own individual grids. It’s a chance to really focus on technique. I’m just happy to play football any way I can.”

“I’ve enjoyed being able to return to training at GFA, it brings normality back at this unusual time,” said Alexander Stenson, captain of the U19 National Team, playing for Manhoben Lalahi and previously with the Bank of Guam Strykers. “I would like to go back to normal drills and training, but I think GFA is taking these new precautions to ensure the safety of the players and staff.”

In addition to players appreciating their return to GFA, many parents also are pleased to have their young athletes return to the pitch, after learning about new safety procedures.

“Initially, we were apprehensive about letting all three kids resume training at GFA due to the COVID-19 cases that are still surfacing nearly every day – Guam is not in the clear yet,” said Annie Palomares, who has three children – Jadyn, Jason, and Jerrick – involved in the national program. “However, we were pleased with the safety system GFA have set up to protect the players. From the gate opening and closing by a certain time, to the temperature check station, and to the players practicing within their individual grids, we feel safe and at ease that our children are taken care of.

“It’s exciting that some National Team training and Elite Selection training resumed. For the last three months, the kids exercised and kicked the ball around the house with each other. Coach (Sang Hoon) Kim even provided daily foot skill challenges on WhatsApp to the Elite Selection players. Nonetheless, exercising at home is not the same as the organized training from certified coaches at GFA,” Palomares added.

For parents and guardians dropping off players, a single entry and exit path through

GFA’s parking lot area has been implemented to create a one-way flow of traffic to and from the walk-in gate. Upon entry into the walk-in gate, players must be wearing a mask and in order of arrival, will have their temperatures taken. Players then must sanitize their hands and officially check in. The walk in gate is only open for one hour and closes 15 minutes before the scheduled training time.

Each pitch is separated into individual grids assigned one each to a player. All training is non contact and done within the grid boundaries. Each player is assigned a ball for the duration of the training session.

For UA-1 (upper pitch) and UA-2 (lower pitch), a total of 20 player grids, each measuring 22 meters by 16 meters (approximately 72 feet by 52 feet), are set up prior to training. To accommodate more players, more individual player grids are set up on UA-3 (mini pitch) or on RW-1 (upper grass pitch). For less than 20 players confirmed to attend, grid sizes may increase for even more distancing.

“We are very pleased with all the policies and safety practices GFA has in place,” said Palomares, whose children also all play for the ASC Trust Islanders. “We are also happy that training resumed to get the kids active and training again. At home, it’s all play, but at GFA hard work and technical training are expected.

“Lastly, we are grateful for everything the coaches do for the players. Coach Chyna (Ramirez) personally reached out to parents and gave them assurance of players’ safety. We are thankful that GFA is open again. The training helps restore some normalcy and routine back in the children’s lives. We can’t wait to see them competing on the field once again,” Palomares added. 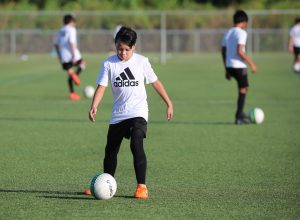 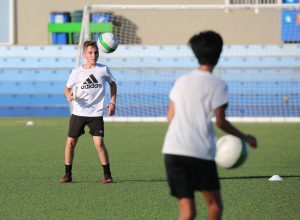 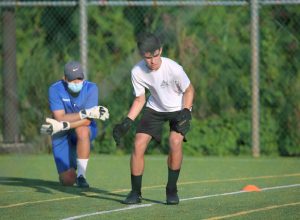 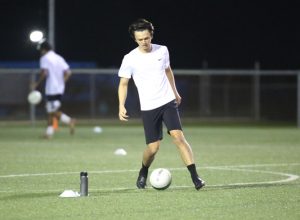 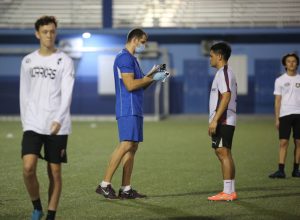 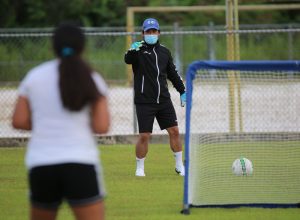 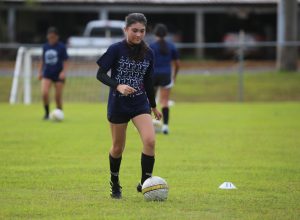