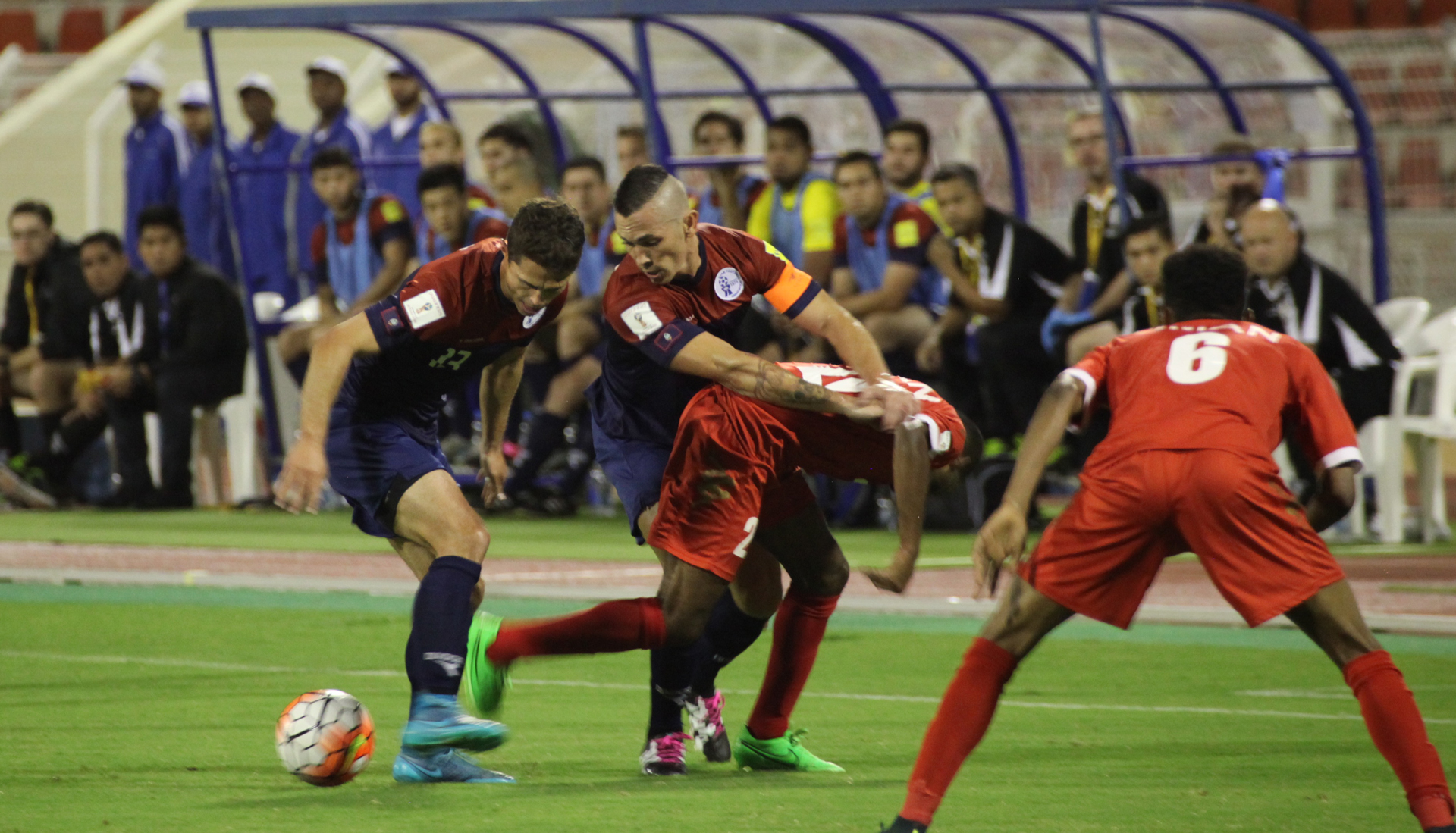 Posted at 05:46h in Matao Tournaments, Men's: Matao by admin

[March 25, 2016 – Muscat, Oman] A valiant Guam has ended the second round of the 2018 FIFA World Cup Russia and AFC Asian Cup UAE 2019 Joint Preliminary Qualification with a 1-0 loss to Oman with only a controversial goal denying the Matao a share of the points.

Replays clearly showed a player in an offside position in the lead-up to Ahmed Al Mahajri’s 52nd minute goal and with that being the ultimate difference between the two teams, head coach Gary White felt the result was not entirely a justified one.

“What we showed not just tonight but throughout this campaign is that we belong at this level.”

“To have performed so well across the 90 minutes and then have a decision that was so blatantly wrong decide the game is a bitter pill to swallow.”

This was the closest either side came to breaking the deadlock with the Matao continuing to show some intelligent and creative attacking combination play.

Thereafter the visitors continued to have the better attacking moments although conceded more of the possession to the hosts as the sides went to the break with the score still locked at 0-0.

Guam suffered a blow early in the second half when left-back Justin Lee was forced off through injury with the silver lining being that his replacement, younger brother Nate Lee, impressed throughout the second 45 minutes.

Both Travis Nicklaw and substitute Marcus Lopez had great openings as the half wore on with Oman resorting to slowing down the play and the Matao unable to find the breakthrough goal they needed.

Lopez, in particular, did well to create an opening and then strike the post with a thunderous shot that nearly gave the Matao a well-deserved point.

The narrow loss, combined with results elsewhere, means Guam is now all but assured of securing a spot directly to the third and final round of Asian Cup qualification for the first time in the GFA’s history.

“The fact that we are now so close to securing that direct qualification spot, which places us in the top half of all Asian nations shows just how far this team has come and everyone in Guam should be so proud of what this team has done.” 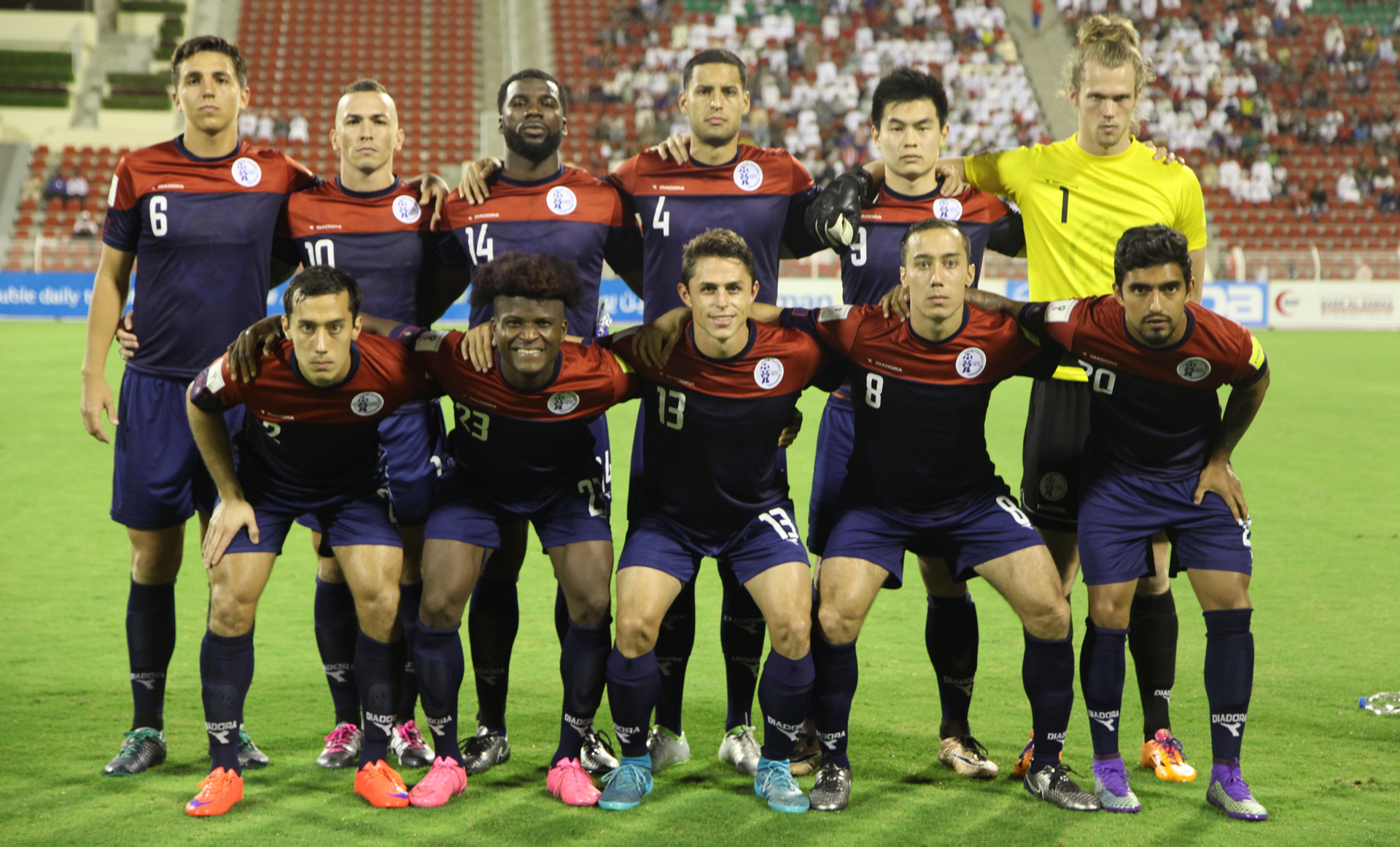 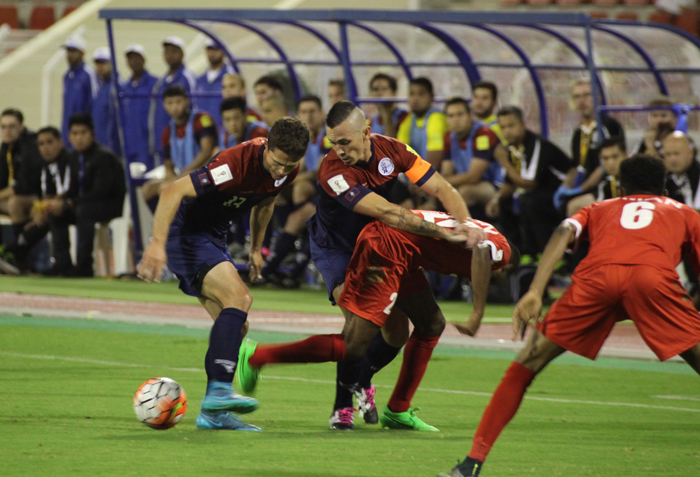 Guam’s Ryan Guy (left) and captain Jason Cunliffe (with orange arm band) work in tandem to gain possession of the ball during a match against Oman in 2018 FIFA World Cup Russia and AFC Asian Cup UAE 2019 Joint Preliminary Qualification Round 2 play in Muscat, Oman Thursday evening. The hosts slipped past the Matao 1-0. 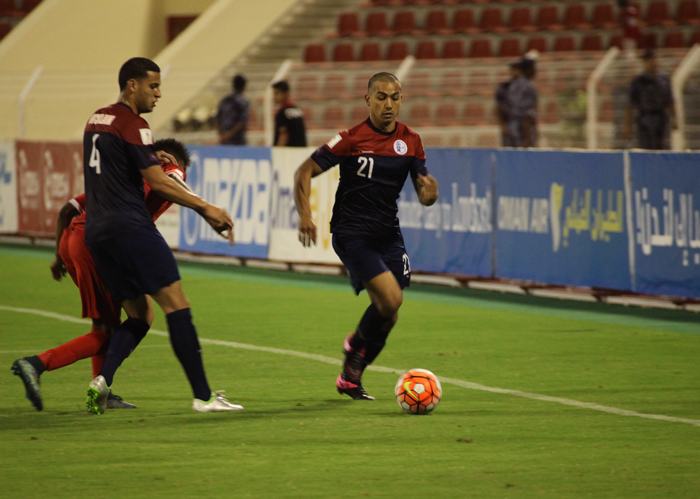 Guam’s Marcus Lopez works the ball up the left side against Oman during a match of the 2018 FIFA World Cup Russia and AFC Asian Cup UAE 2019 Joint Preliminary Qualification Round 2 in Muscat, Oman Thursday evening. The hosts slipped past the Matao 1-0. 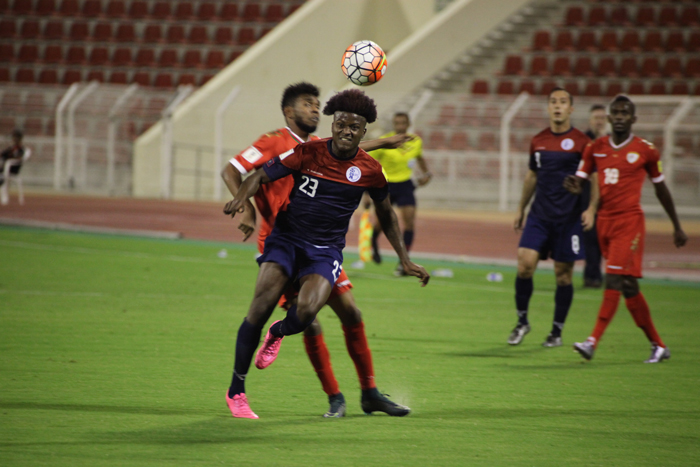 Guam’s Shane Malcolm powers ahead of an Omani defender during a match against Oman in 2018 FIFA World Cup Russia and AFC Asian Cup UAE 2019 Joint Preliminary Qualification Round 2 play in Muscat, Oman Thursday evening. The hosts slipped past the Matao 1-0.