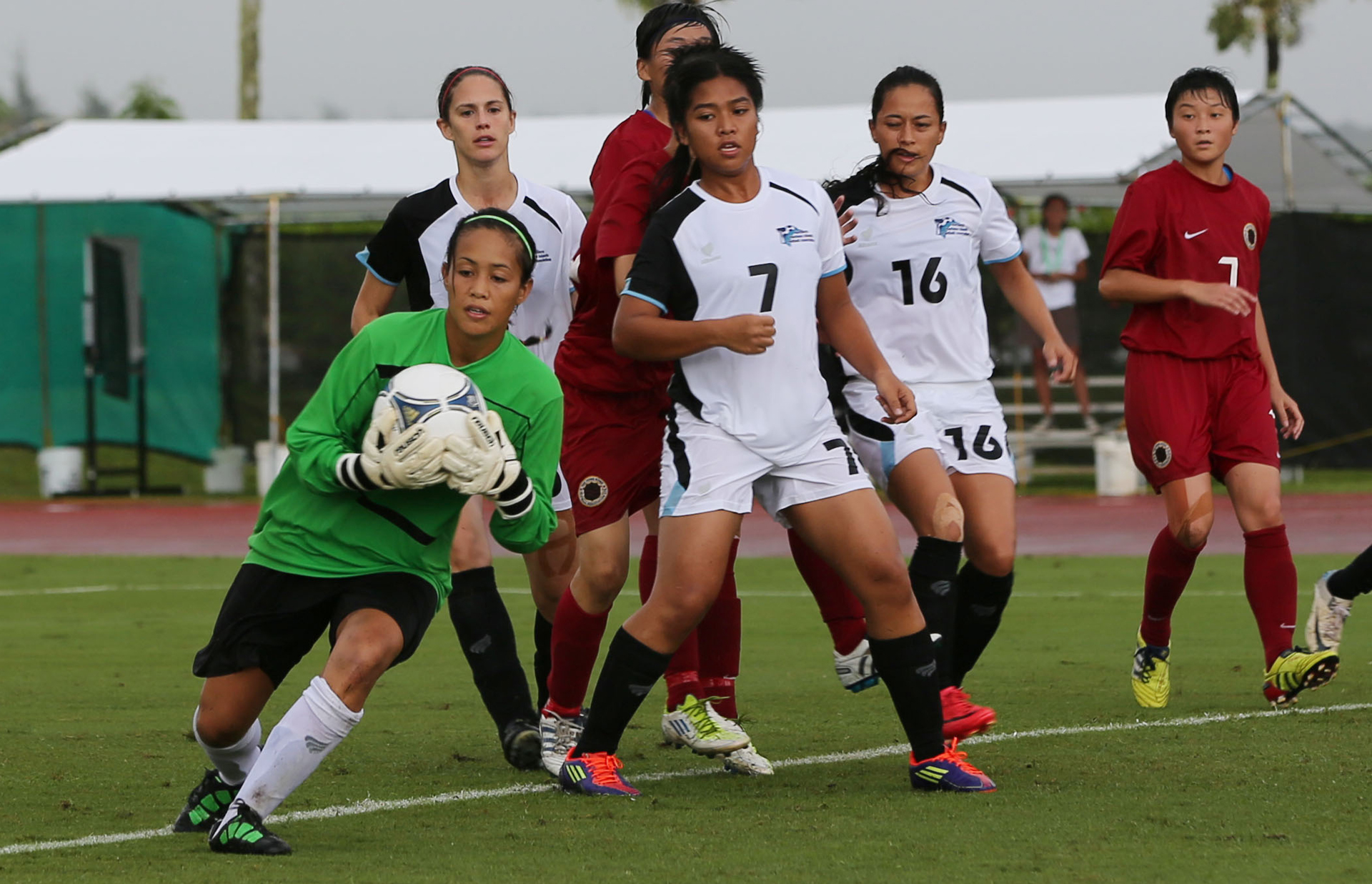 Posted at 05:19h in Masakada Tournaments, Women's: Masakada by admin

“The Hong Kong players had a really good passing game,” said Jhaneeka Atalig, NMI’s goalkeeper, after the game. “For every mistake we made, they really punished us.”

Hong Kong’s Wing Kum Ng opened the scoreboard in the third minute off a header that crept past Atalig at the goal. Hong Kong continued to pummel through the NMI defense to finish the half with six goals.

It was a similar scenario in the second half, as NMI played a mostly defensive game to limit Hong Kong’s shots on goal.

Ng finished the game with four goals, including one on a penalty kick in the 63rd minute. Wing Sze Chan needed the extra minute of injury time to complete her hat trick and teammate Kam Mui Fung scored twice in the contest. Ching Ying Po scored her goal in the second half off a header. Hong Kong’s other goal came on an NMI own goal in the 72nd minute.

Hong Kong next plays the Masakada, Guam women’s national team, at 4 p.m. Saturday in a match that will determine the winner of the Women’s East Asian Cup preliminary competition. The winner will move on to the second round of the EAFF tournament in China in late October. Second-round opponents include China PR, Chinese Taipei and the recently added Matildas, Australia’s women’s national football team. 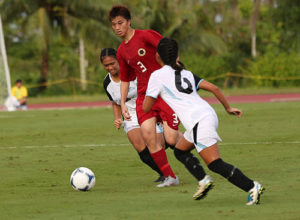 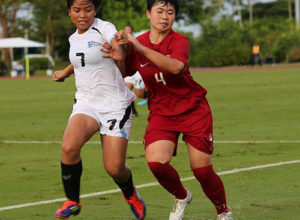 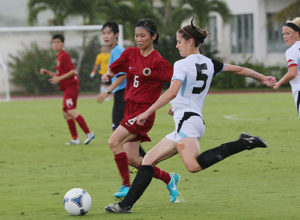 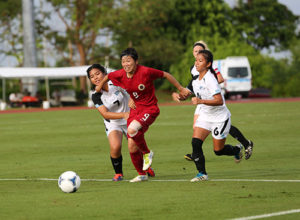 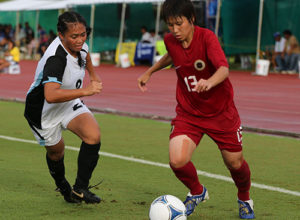 Hong Kong-China’s Wing Kum Ng gets past the Northern Mariana Islands’ Jeralyn Castillo to send a cross to a teammate in a match of the Women’s East Asian Cup preliminary competition at Leo Palace Resort Guam. Hong Kong-China won 11-0. 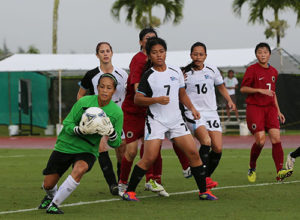 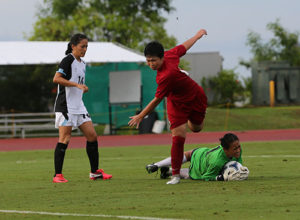