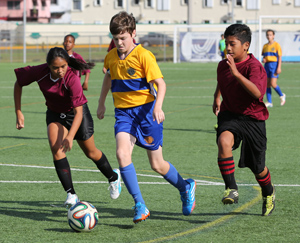 More than half of the players on Tumon Soccer Club’s U14 team in the Triple J Auto Group Robbie Webber Youth League are entirely new to the sport, but they’ve been enjoying scrimmages and league matches at the Guam Football Association National Training Center.

“I like the experience a lot – it’s fun, but it’s a lot of running,” said Tumon Soccer Club’s 13-year-old Brandon Salumbides, who played his first official soccer match in Week 4 of the youth league. “My friend’s brother – Dylan Naputi – he plays on the Matao and I was inspired to try out the sport this year.

“I didn’t play for my school, but I hope with experience from the youth league, I can play for my high school next school year,” added the Agueda I. Johnston MiddleSchool eighth grader.

In other U14 matches, the defending champions Wings FC settled for a 1-1 draw with Quality Distributors. Takumi Ito scored for the Wings and An Truong scored for Quality.

In the U17 division, the Strykers defeated the Sidekicks 5-0 with goals from Shawn Charfauros, Ray Gudmalin, C.J. Paulino, Michael “Jake” Benito, and Joshua Lujan.

The Wings Red defeated Quality Distributors Red with a hat trick from Shashikant Kotwal and other goals from Kaito Inoue and Isiah Lagutang.

The Wolverines defeated Dededo 4-1 in the final U17 match of the day. Jestin Escobar, Napu Mesa, Mitchell Champaco and Jay Cruz scored for the Wolverines and Tyler Pangelinan scored for Dededo.

The Wings slipped past the Islanders 7-6. Niclas Vavra scored four goals for the winning team and teammate Matthew Iseke scored twice. Kyle Halehale also scored for the Wings. Jonathan Sevilla had the golden boot in the match, netting five goals for the Islanders. Jared Gordon scored the Islanders’ other goal. 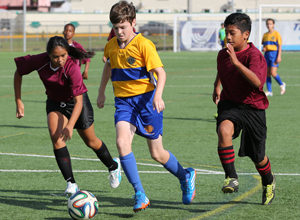 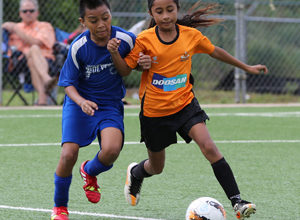 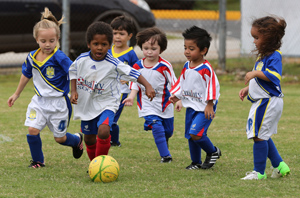 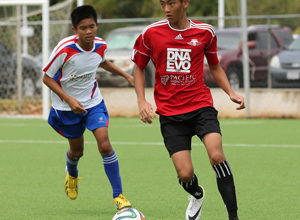 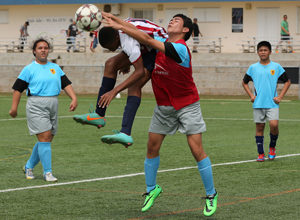 The Sidekicks’ Ricardo Duenas, who played goalkeeper for his team briefly, reaches out to prevent a header by the Strykers Red’s Clayton Mitchell off a corner kick play during a Week 4 Triple J Auto Group Robbie Webber Youth Soccer League U14 match at the Guam Football Association National Training Center. The Strykers Red defeated the Sidekicks 5-0. 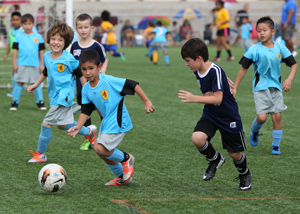 The MWR Barracudas and the Sidekicks play in a U8 division match of the Triple J Auto Group Robbie Webber Youth Soccer League at the Guam Football Association National Training Center. 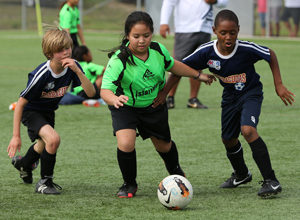 The ASC Trust Islanders’ Gabriella Manansala, center, tries to keep away MWR Barracudas defenders from the ball as she looks to pass the ball in a Week 4 U10B division match of the Triple J Auto Group Robbie Webber Youth Soccer League at the Guam Football Association National Training Center. 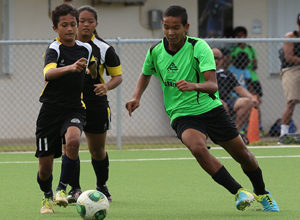