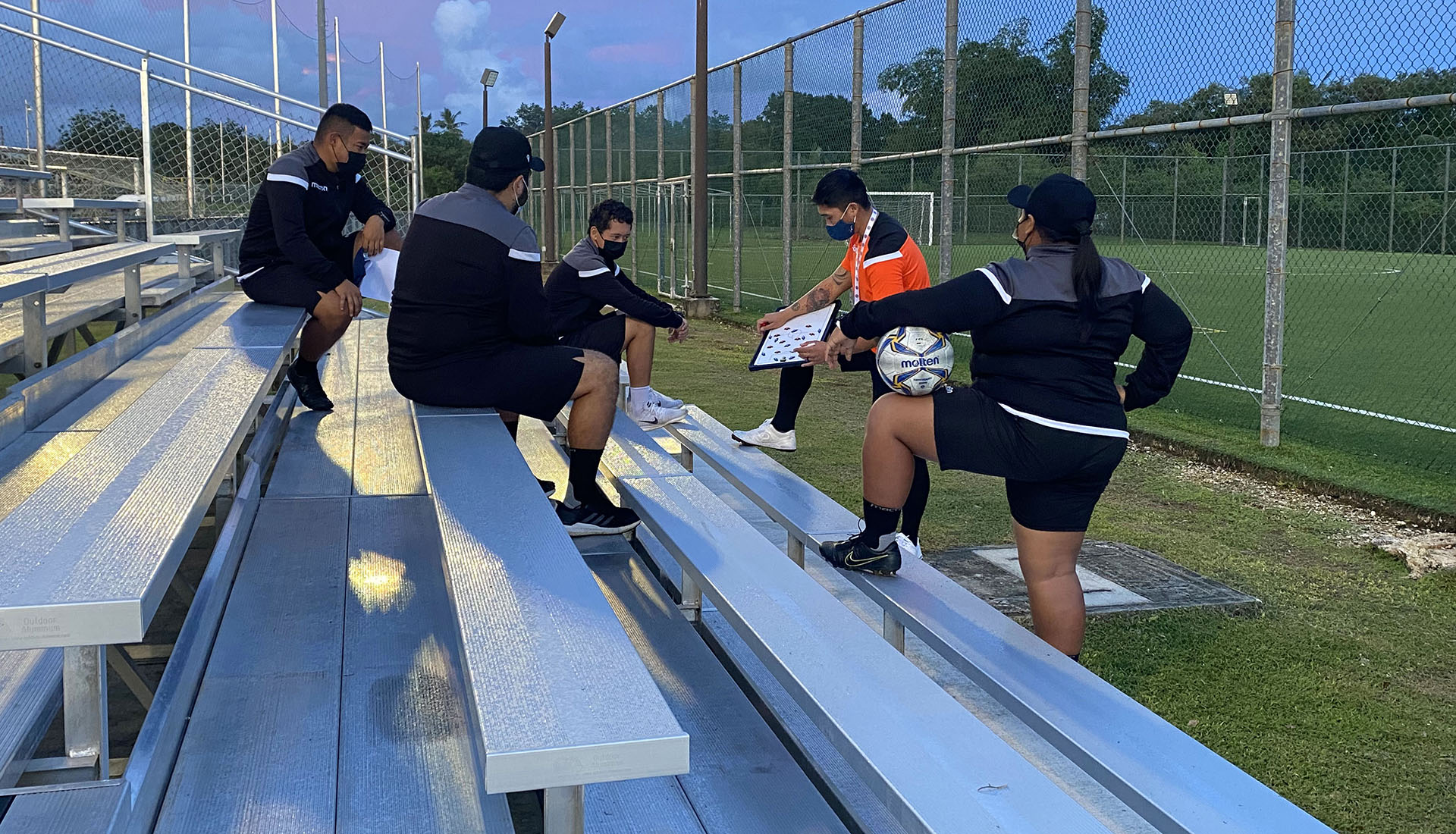 [September 29, 2021 – Harmon, Guam] The Guam Football Association National Training Center now features a new set of bleachers for the facility’s futsal courts, installed in preparation for the re-start of soccer leagues and other programs.

“With the current down time in leagues and activities, we’ve been working on making sure the facility is in a better position than when we first suspended the leagues back in March 2020 due to the COVID19 pandemic,” said Valentino San Gil, GFA President. “The new set of bleachers for the futsal courts is the latest project completed at the National Training Center. We will continue to take on other projects to further upgrade the Harmon facility for our athletes, coaches, officials, and spectators.”

Thanks to a generous donation from Smithbridge of concrete, as well as labor services from Liang Corporation, concrete was poured in front of the futsal courts in June to form a pad foundation. The bleachers were then installed after the foundation was fully set. The newly installed bleachers feature 12 levels of seating, which can accommodate up to about 250 people.

The futsal courts serve as the venue for both football and futsal training, goalkeeping training, small-sided matches, and some youth league matches, among others. Prior to league and event suspension due to the pandemic, no permanent seating was available to watch events at the futsal courts and spectators either brought their own chairs or found a spot to stand outside the fences.

The bleachers are part of a larger plan of further upgrades to the Harmon facility, which included new drainage routing for the facility’s lower pitch completed last year and a new Maintenance and Storage Compound completed earlier this year. Additional projects include the replacement of competition pitch floodlights in the coming months. GFA currently is still accepting bid proposals to replace the facility’s upper pitch flood lights. The bid packet is available on the official GFA Web site at https://guamfa.com/contact-us/team-up-with-us/ 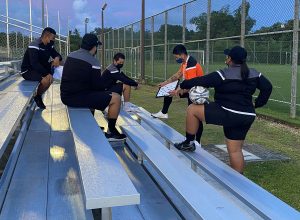 Guam Women’s National Team Interim Head Coach Ross Awa (center, in orange) conducts a technical staff meeting ahead of a recent Masakåda training session at the newly installed bleachers at the Guam Football Association National Training Center in this file photo. The newly installed bleachers is one of several upgrades to the Harmon facility since the COVID19 pandemic halted leagues and activities last year. 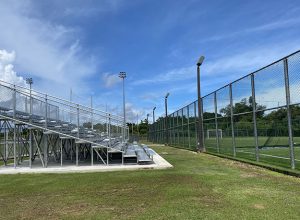 New spectator seating is one of several upgrades to the Guam Football Association National Training Center in Harmon as seen in this file photo following a lull in league and event activity from last year due to the COVID19 pandemic.