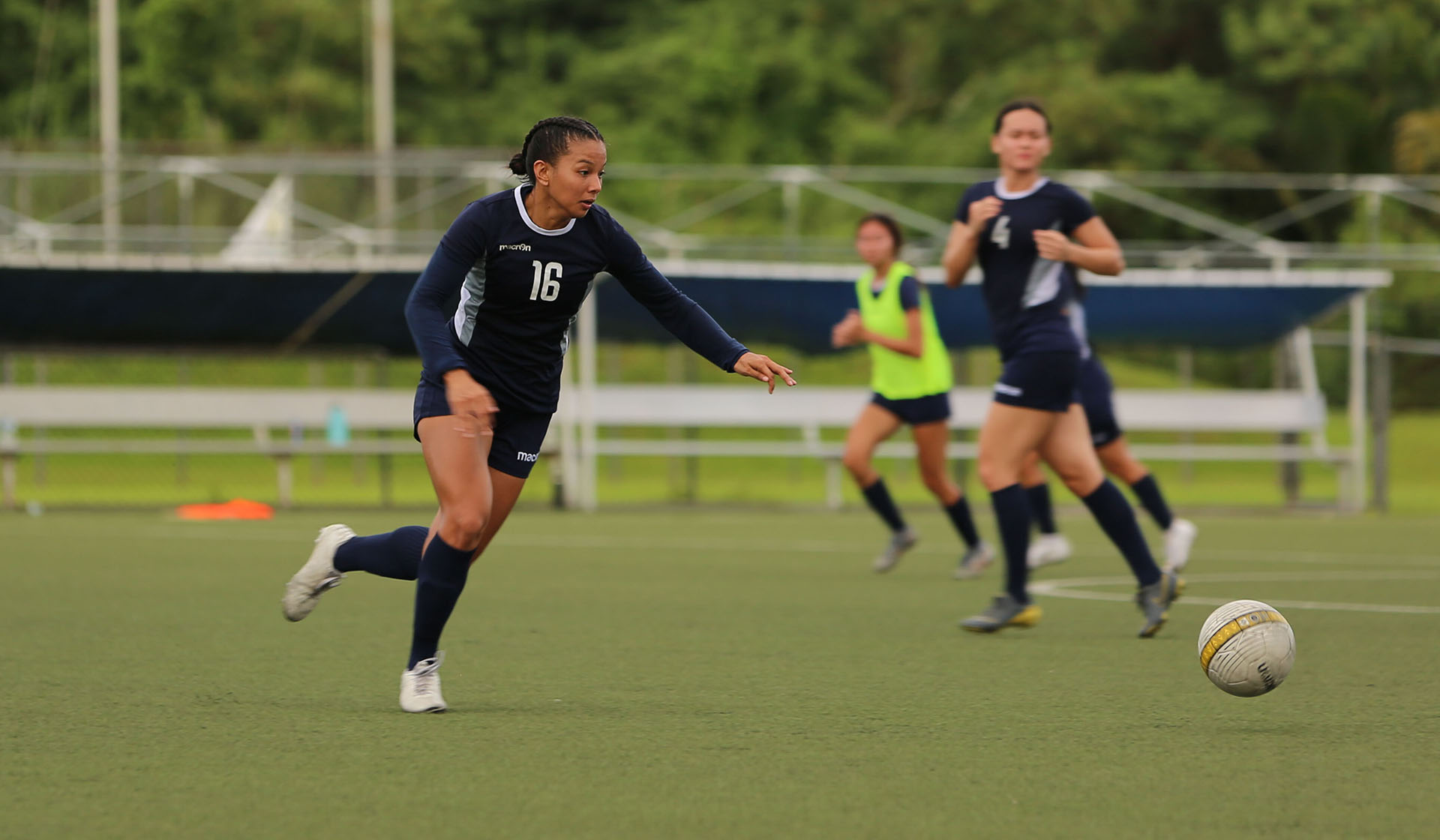 “I am delighted that we received the Spiideo Portable SmartCam cameras – it provides the GFA Technical Department with essential footage from training and competitions, enabling us to elevate the development of football in our National Team programs,” said Ross Awa, GFA Assistant Technical Director. “My coaching staff and I are utilizing the software for individual and group analysis, expanding the players’ knowledge of the game in many aspects. The cameras and video analysis software are essential to best prepare teams for international competitions. It enhances technical meetings with my coaching staff, allowing us to review the necessary moments of training and matches to prepare quality training sessions and identify areas for improvement.” 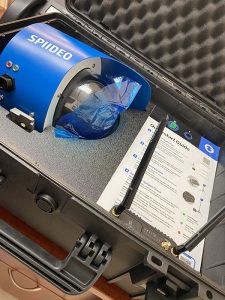 The Masakåda, Guam Women’s National Team, was first at GFA to utilize the camera system and its cloud-based software to film training matches for coaches to use for video analysis. The Spiideo system is simple to set up and has withstood wind and rainy conditions well, Awa said.

With the setup, camera operators are not necessary, and footage is available in real time based on the speed of Internet connection. The ultrawide four-angle camera sensor system, with built-in audio support, covers 180 degrees horizontal and 90 degrees vertical footage, while the cloud-based software allows individual viewing controls, which can be set to either a fixed width, to follow the ball in play similar to most broadcast type footage, or at a wide angle to include all 20 field players and one goalkeeper following the ball’s movement, among other types of view. Unique users with access to the footage are able to choose their preferred view or toggle back and forth based on what they want to see on the pitch. Users are able to manually identify areas of the pitch to see and also to enlarge the view on their mobile devices.

The software allows for real-time tagging of highlights and a presentation can be made using tagged clips. Awa has had individual and group analysis sessions with Guam-based players training with the Masakåda, and also has shared footage with players abroad to view and study team tactical strategies.

“As a player, I had never done a video analysis before, so the whole process was new and exciting to me,” said Elisha Benavente, aiming to make her debut for the Masakåda. “The individual video analysis sessions are very helpful and a great way to really look at how I played and how the team played. I was able to see everything happening on the pitch from a different perspective and see things I probably didn’t see while playing. I am more aware of the movements that I need to make in a game and I now better understand how my movement affects the team’s overall play.”

The Masakåda is currently training to compete in the AFC Women’s Asian Cup India 2022™ Qualifiers, Guam’s return to the continental competition after an 18-year absence. The team will play in Bishkek, Kyrgyz Republic beginning Oct. 18 against the United Arab Emirates, followed by matches against Myanmar and Lebanon. On paper, Guam is the second-ranked team at No. 83 in the world. Myanmar is the top-ranked in the group at No. 46, while UAE is No. 100 and Lebanon is No. 145 based on the FIFA/Coca-Cola Women’s World Ranking posted Aug. 20, 2021.

The Matao also started utilizing the Spiideo cameras and software in training beginning this month as the team continues its preparation for the AFC Asian Cup China 2023™ Qualifiers Playoff Round. The Matao will travel to Bahrain to compete against Cambodia first on Oct. 9 and again Oct. 12. Both matches will kick off at 6:30 p.m. Bahrain time (1:30 a.m. + one day Guam time). The winner of the pairing will move on to the AFC Asian Cup China 2023™ Qualification Round 3, another set of qualifiers before the final teams are determined for the continental tournament’s final round.

In addition to the National Team Program, Awa also sees the cameras and software to be used for Coach Education.

“The cameras will be utilized to enhance our Coach Education courses, using the modern approach of self-assessment to develop quality football coaches in Guam,” Awa said. “Coaches will be able to review their sessions and use the feedback to improve their practical sessions during the coaching certification courses.” 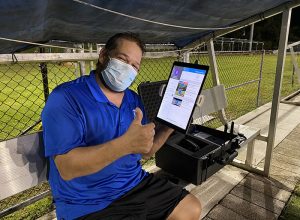 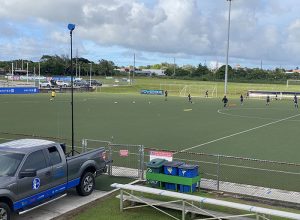 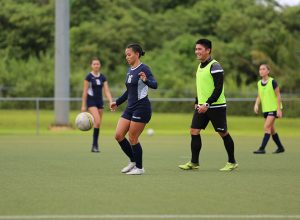 Elisha Benavente, No. 16, takes part in a Masakåda, Guam Women’s National Team training squad session at the Guam Football Association National Training Center in this file photo. Benavente is one of dozens in the training squad that has benefited from video analysis sessions with team coaches with clips and highlights created within the Spiideo Perform platform from a Spiideo Portable SmartCam camera. Spiideo cameras are fully automated, featuring AI-based Autofollow Technology combined with Virtual Panorama and are utilized by professional football clubs around the world. GFA used funding from the GEDA QC Community Contribution Grant Program Series 4 and QC Community Contributor Guam Regional Medical City to procure the camera system and software subscription.