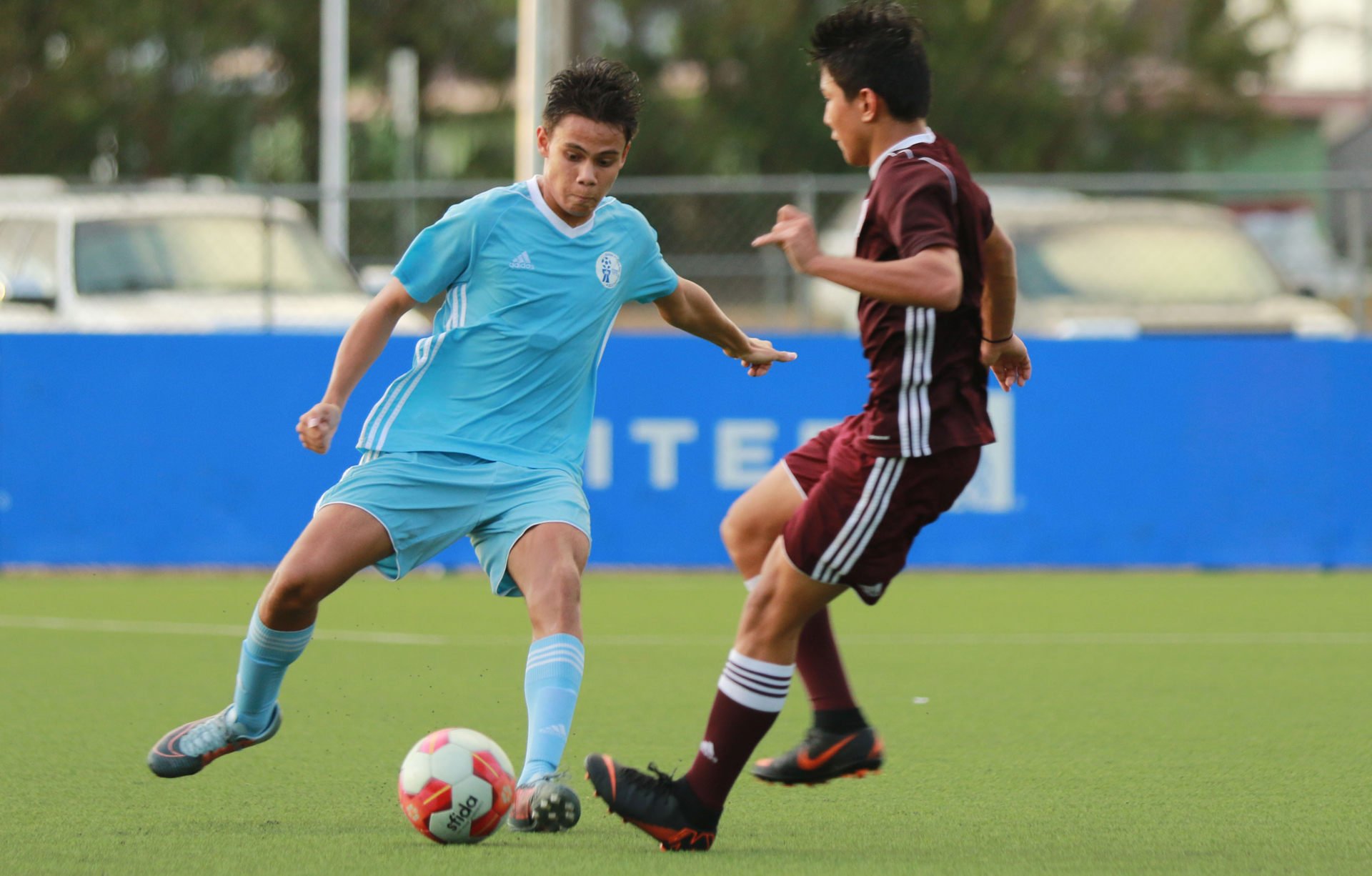 [July 22, 2018 – Harmon, Guam] A clear, elite pathway within the Guam national football program and a consistent structure through all levels continue to attract young players and their parents to the sport.

After months of transporting their sons to national team training at the Guam Football Association National Training Center, parents – proud supporters of the Guam U15 national football team, as well as the national program – sent off the traveling team to China early Friday morning to compete in the EAFF U15 Boys Tournament 2018 at the National Training Center in the country’s capital.

“When you see that your child is really passionate about something, in this case, soccer, you also have to be passionate about supporting them because it will encourage them to do even more,” said Miriam Capistrano, whose son Morgan McKenna traveled with the U15 team to China Friday morning. “This is a godsend – this is how I see Guam Football Association and the national program for my son.

“I’ve looked online for soccer camps in the US and you have to pay money – one in North Carolina was about $700 to register for one week. Here at GFA, if you are in the national program, there is no cost – my son is in a professional environment with professional coaches, again at no extra cost to me. In the program, I’ve seen him from when he started to where he is at now and it’s a big difference.

“I’ve noticed he increased his speed on the field and made other improvements, and the new level of discipline and respect he’s developed by being in the program also translates into the home and school. He’s also more goal-oriented now – he says he wants to go to college, get a soccer scholarship and eventually proceed to playing professionally, and that is so nice to hear coming from a 15-year-old. Soccer is not just a hobby sport anymore,” added Capristrano, who will travel to China to watch her son’s matches later this week.

“From the inception of the national program structure when my sons first started, there was a lot of great intentions, great goodwill and a structure that was put in place, but the challenge we had as parents was the inconsistency of the program at that time,” said Marvin “Ike” Iseke, who has three sons in the national program – twins Mark and Matthew now training with the Matao and his youngest son Martin, who traveled to China with Guam’s U15 National Team. “Now that the program has been restructured and I see what’s going on, I see that the pathway is designed in a way where you have to make a choice, and if you are not intimidated by the choice you need to make to stay committed to all aspects of the program, it’s a pathway that will have great benefits in the long run – both athletic and personal development benefits.

“Off the pitch, discipline, responsibility, and respect are some values that I’ve instilled in my boys from the beginning and now, through the national program, it’s how they continue to mature and be examples for others. Instead of me telling them, ‘hey, you’ve got to be here now’ or ‘you have to get to practice now,’ I want them to be the ones to tell me, ‘Dad, I have practice at 5 p.m. and we need to leave now to get there early enough to prepare.’ This is part of the development – the boys are able to take responsibility at an early age and that makes you a better person overall and prepares you for the future. They take more initiative and are confident to take on more responsibility,” added Iseke, who also is President of Wings FC.

Information on the tournament is available on the EAFF Web site: https://eaff.com/competitions/eaff2018u15/index.html