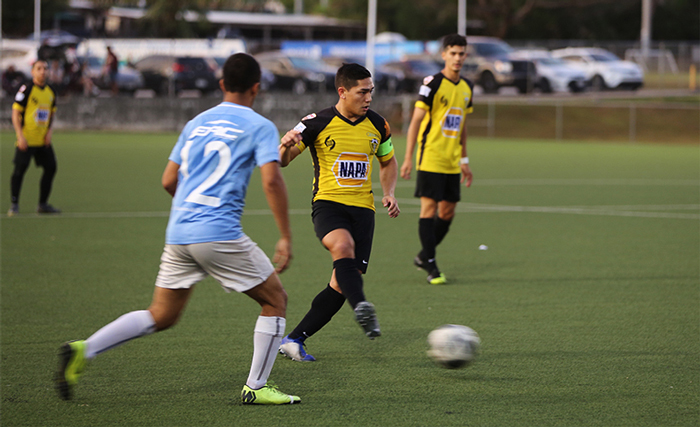 After settling for a draw with the Bank of Guam Strykers in Week 14, the NAPA Rovers are riding on a two-match win streak with its latest victory recorded against the Sidekicks – a 6-0 shutout – on Mar. 16. Mark Chargualaf led the Rovers with two goals against Sidekicks and teammates Min Sung Choi, Gustavo Pro, and Devan Mendiola also scored. The Rovers’ other goal came on a Sidekicks own goal.

The Islanders will next face Bank of Guam Strykers Saturday at 6:30 p.m. at GFA.

Bank of Guam Strykers’ Marcus Lopez jumps to third place in the race with 16 goals following his four-goal haul in Week 16. Lopez overtakes Quality’s Ernest Baah, who moves down for fourth place with 14 goals.

The league schedule and statistics are available online here 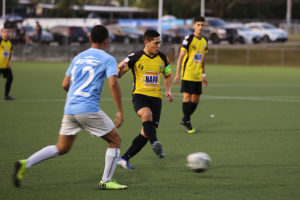 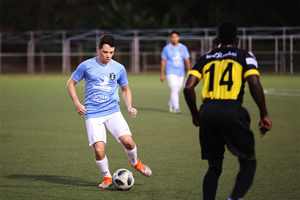 Sidekicks’ Sampson Sheppard opts to pass the ball to a teammate against the NAPA Rovers in a Week 16 match of the Budweiser Soccer League Premier Division Saturday at the Guam Football Association National Training Center. The Rovers defeated the Sidekicks 6-0. Photo courtesy of Gin Pobre / GFA 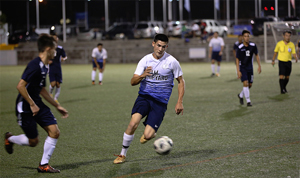 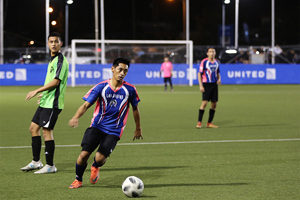 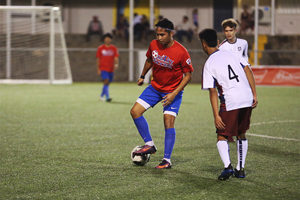