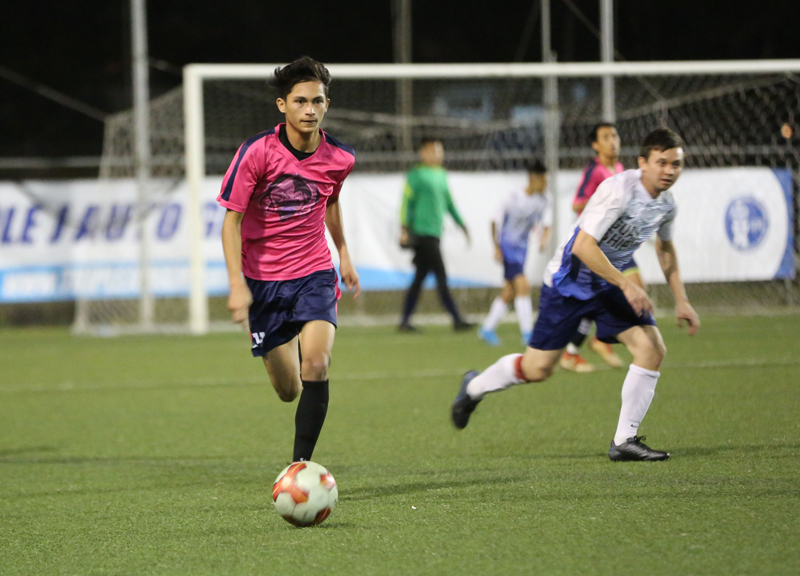 In the first of two matches played Feb. 15, Lots of Art Tattoo Heat moves up to the sixth spot in league standings after defeating Guam Shipyard 4-2 with one goal each from Seth Surber, Gideon Tyquiengco, Lance Chargualaf, and Blaise Alig. Donovan Reyes and Donald Weakley scored for Guam Shipyard.

In the late match, two second-half goals from Jherico Tiamzon catapulted UOG to a 2-1 win over the Sidekicks SC. Julian Ada scored the lone goal for the Sidekicks.

With the win, UOG leapfrogs Sidekicks SC to the eighth spot in Premier Division rankings.

The other five teams in the Premier Division took a break over Valentine’s Day weekend and return to action beginning Friday.

Quality Distributors will take on UOG at 7 p.m. Friday, followed by Manhoben Lalahi playing against Guam Shipyard at 9 p.m.

In Saturday’s doubleheader, the NAPA Rovers and the Islanders FC face off at 6:30 p.m. followed by Lots of Art Tattoo Heat taking on undefeated league leaders Bank of Guam Strykers FC at 8:30 p.m.

The University of Guam Lady Tritons forced a 3-3 draw with Guam Shipyard Women. Down 3-1 with about 15 minutes left on the clock, the Lady Tritons ignited their offense with a pair of goals from Colleen Naden – in the 85th and 87th minutes – for the eventual final score. Naden also scored in the first half to lead all scorers with a hat trick in the contest. Olivia Elliott scored twice for Guam Shipyard Women and Veronica Dydasco also scored. 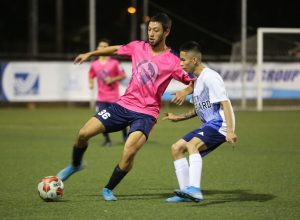 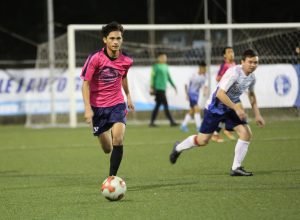 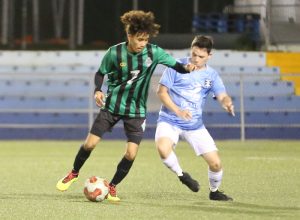 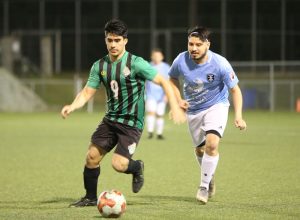 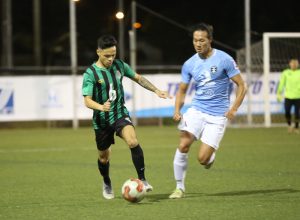 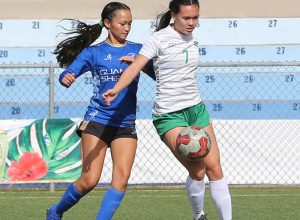 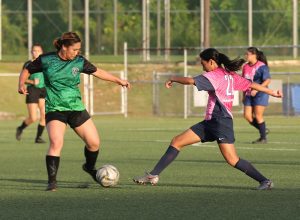 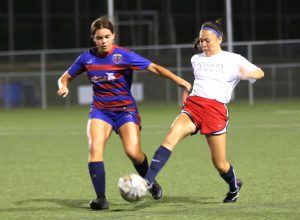