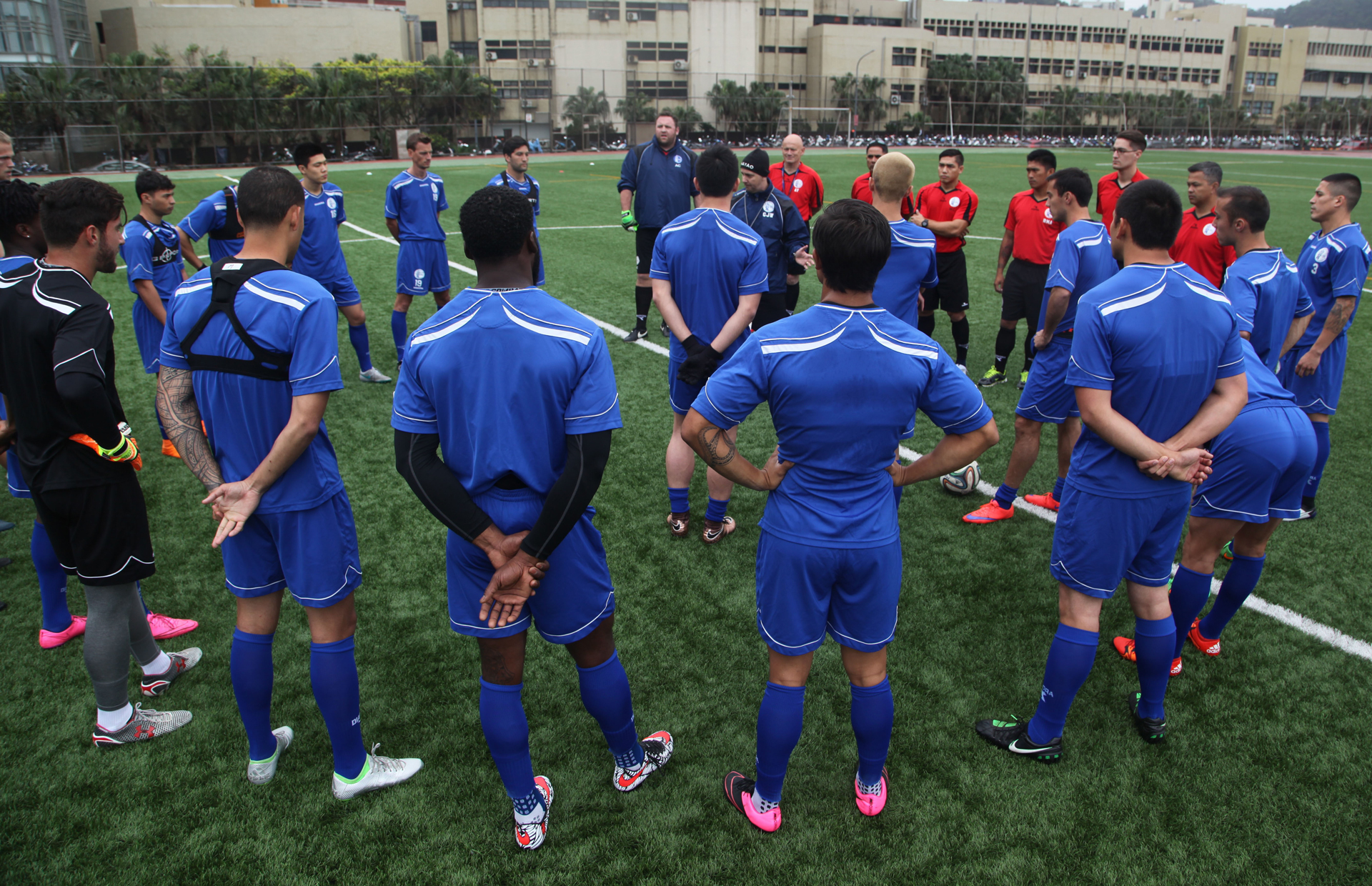 [March 18, 2016 – Taipei, Chinese Taipei] Team Matao have completed their pre-match formalities ahead of Saturday’s international match with Chinese Taipei but due to persistent rain neither side was actually able to train on the match venue.

The Taipei Municipal Stadium has been water-logged due to rain that’s lasted more than ten days in the north of the country but the hope is for dryer weather come kick-off on Saturday evening.

Fortunately, Guam had access to a university training facility where they underwent a rigorous tactical session in the morning with head coach Gary White declaring he was pleased with how the camp is progressing.

“There’s a real spirit and energy about the group and we’re excited about this match with Chinese Taipei where we can test just how our development has been moving along.

“Ryan Guy has now arrived into camp so all the squad is here for this match and the players are just itching to get back on the field after what’s been almost a four month break since we last played.”

Cunliffe, who has faced the hosts on numerous occasions, knows what to expect but stressed the most important thing is the unity of the team.

“This is a team of players that might play in different countries but it’s one family, we are all Matao and we’re going out to show that spirit on Saturday night.”

For Lee, it’s been a whirlwind journey since making his international debut last year but as with the rest of the group, he maintains the focus is on performing well in next week’s final FIFA World Cup qualifier in Oman.

“For me, personally this has been a wonderful experience going through everything that we have with Guam and both in this match against Chinese Taipei and then against Oman we want to continue building on our performances so far.”