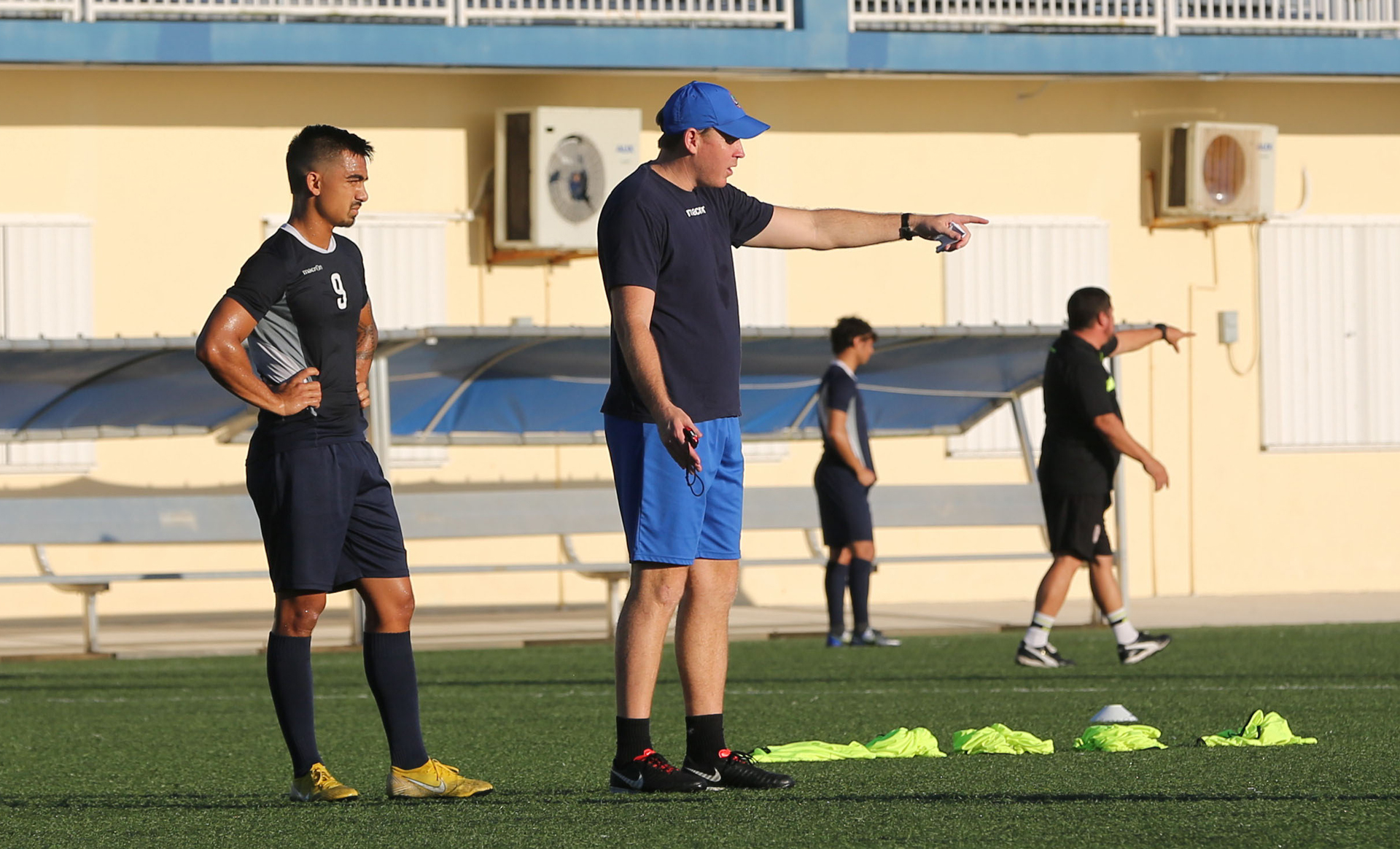 [June 10, 2019 – Harmon, Guam] Playing a sport at the highest level can take a toll on an elite athlete – both physically and mentally – with recovery in both areas key for top performance.

Guam’s national football teams have consistently included strength and conditioning coaches, physiotherapists, trainers, and team doctors; in the current Matao set up, the team now has added Sports Psychologist Marcel Noronha from Australia to its staff.

“Sports psychology focuses on how our mental state can impact athletic performance,” Noronha said. “Just like you would see a strength and conditioning coach to get stronger, fitter, and faster, you go and see a Sports Psychologist to train your mind. After all, it is your mind that regulates the body. Top teams and athletes understand the importance of the mental game and the benefits of mental health and wellbeing in relation to their performance.”

Noronha joined the team at the request of Guam Men’s National Team Head Coach Karl Dodd, who is familiar with his work in Australia. Noronha has been a Sports Psychologist for close to 10 years, working with the Australian swim team, Brisbane Broncos, Brisbane Roar, the Queensland Academy of Sport and with individual athletes. He already has worked with some players on the Matao squad for a few months ahead of the FIFA World Cup Qatar 2022 and AFC Asian Cup 2023 Preliminary Joint Qualification Round 1.

“Mental health is super important – not just for athletes, but for humans in general,” Noronha said. “Athletes that compete at an elite level are constantly under pressure and are evaluated by their results. Working with a Sports Psychologist can help reduce the amount of stress they experience and help to develop, enhance, and maintain consistent peak performance.”

For Guam striker Marcus Lopez, sessions with Noronha continue to develop him as a better athlete. Since Lopez was young, he always gravitated toward playing the striker position and he enjoyed scoring goals for his teams. At the highest level of the game representing Guam, the pressure to score goals compounds and a great deal of mental strength is required, which Noronha has helped Lopez in this regard.

“Karl Dodd is a tactical genius and him bringing in a Sports Psychologist allowed us to lift our game to another level,” Lopez said. “Marcel is a top guy and I’ve been working with him for a few months now. He fits great with the team and we’re all benefitting from his inclusion in our national program.”

Lopez played a key role in helping Guam advance to the semifinal round of the EAFF East Asian Cup Championship in 2012 when he made his debut at the senior level, scoring a goal against Macau and assisting a goal by teammate Zachary Deville in Guam’s first-ever win against its East Asian neighbor. Since then, he has featured in key tournaments for Guam, including the 2018 FIFA World Cup Russia and AFC Asian Cup 2019 qualifiers, and has been called up to the Matao for the next cycle of FIFA World Cup and AFC Asian Cup qualification.

Guam plays against Bhutan Tuesday afternoon at the Guam Football Association National Training Center in the second leg FIFA World Cup Qatar 2022 and AFC Asian Cup 2023 Preliminary Joint Qualification Round 1. Tickets are still available for sale at the GFA Main Office and also at the gate ahead of the 3:15 p.m. match. 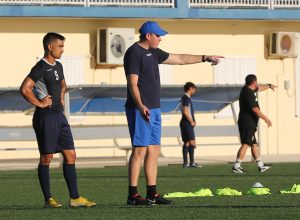 Marcus Lopez, called up the Matao, Guam Men’s National Team, for the FIFA World Cup Qatar 2022 and AFC Asian Cup 2023 Preliminary Joint Qualification Round 1, listens to instructions from Head Coach Karl Dodd during a recent training session at the Guam Football Association National Training Center. Marcus, and other players from the national training squad have benefited from sessions with Sports Psychologist Marcel Noronha. 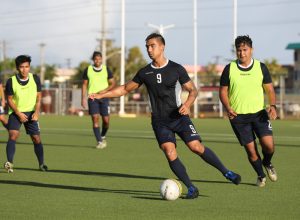 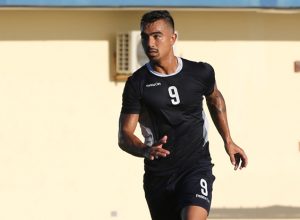 Marcus Lopez, called up the Matao, Guam Men’s National Team, for the FIFA World Cup Qatar 2022 and AFC Asian Cup 2023 Preliminary Joint Qualification Round 1, makes his way to the goal for a shot during a recent training session at the Guam Football Association National Training Center. Marcus, and other players from the national training squad have benefited from sessions with Sports Psychologist Marcel Noronha.