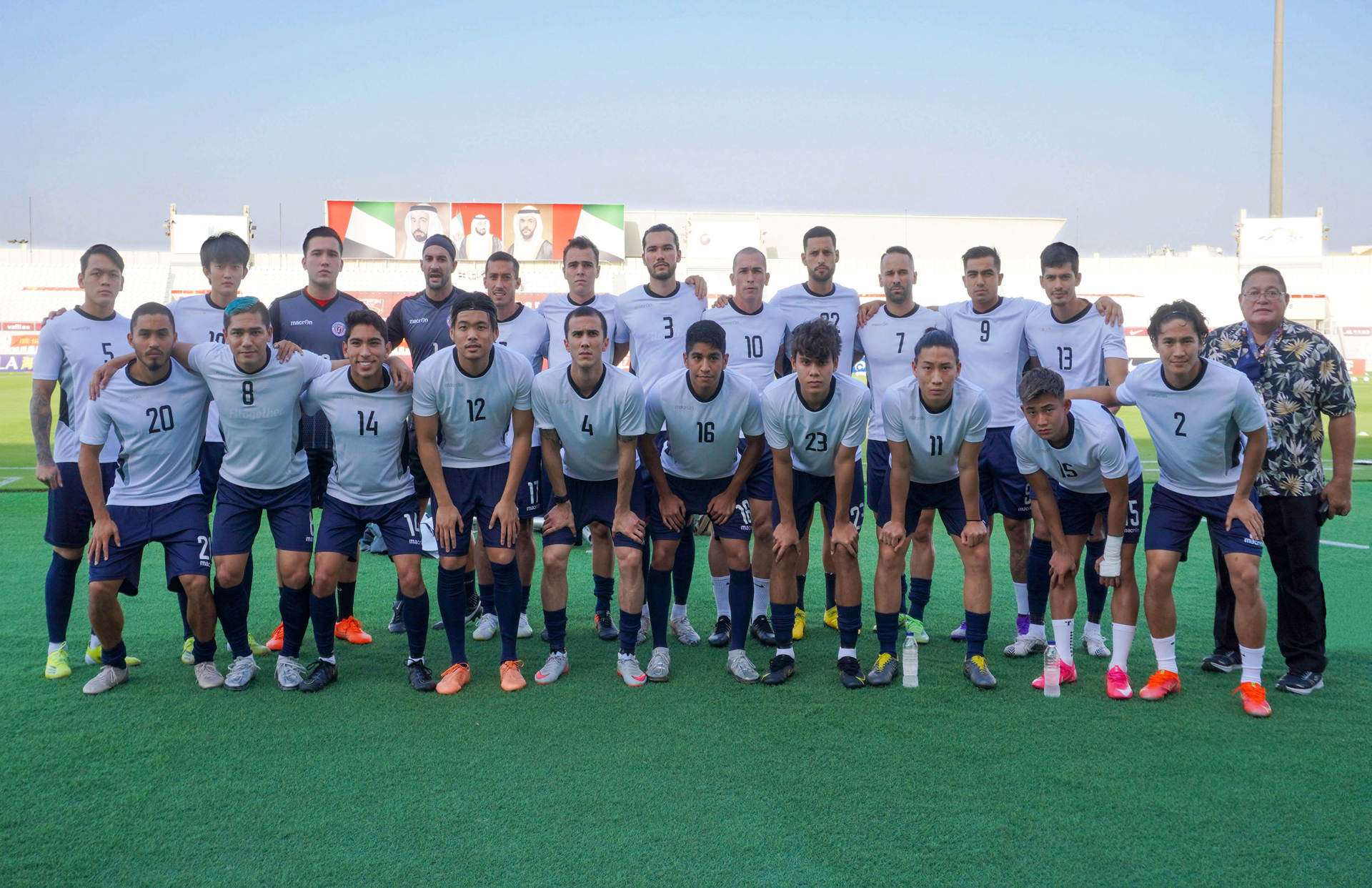 The next round of FIFA World Cup qualification will begin in 2023 in the first-ever triple-host tournament in Canada, Mexico, and the United States in 2026.

“This past FIFA World Cup qualification round was an opportunity to re-evaluate the Matao team and its potential for success in future tournaments,” said Sang Hoon Kim, GFA Technical Director. “In the most recent three matches, we had seen the potential of many of the new, younger players and their contributions to the team. We need to invest more into the development of young Guam-based players currently in our national program and make more efforts toward a generational change if we want to stay competitive at the highest level, especially for the next FIFA World Cup qualification rounds. Every national team goes through this transitional phase and we need to truly strengthen the Matao team by prioritizing sustainability in the program.”

In Guam’s return to the pitch after 18 months without matches, Guam played three matches against the top teams in Group A – two of which are still alive for qualification for the FIFA World Cup Qatar 2022™. Syria finished at the top of the group to automatically advance to the next round of FIFA qualifiers and China PR was one of the top four best second-place teams that also advanced.

In Guam’s opening match, China PR defeated the team 7-0 in front of close to 30,000 spectators at Suzhou Olympic Center Stadium. Noticeably absent from the team were long-time Captain Jason Cunliffe, who sat out the first match due to accumulation of yellow cards in previous matches and veteran players John Matkin, Travis Nicklaw, Alexander and Justin Lee, and Kyle Halehale, leaving only 16 players available. Nicklaw, the Lee brothers, and Halehale were among five players from Guam re-routed to Dubai who missed the first match waiting for a chartered flight originally scheduled for other teams in the group and match officials to arrive in China.

Mark Chargualaf donned the captain armband for the first time and a handful of players made their debut for Guam: Anthony Moon, Clayton Sato, Leon Morimoto, Shane Healy, and Eduardo Pedemonte, Jr. 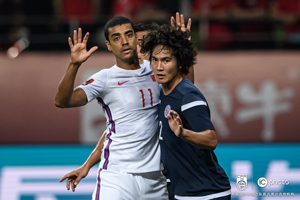 Guam’s Isiah Lagutang and China PR’s Alan Borges de Carvalho battle for the ball ahead of a corner kick during a FIFA World Cup Qatar 2022™ and AFC Asian Cup China 2023™ Asian Qualifiers Group A match at the Suzhou Olympic Center Stadium in this May 30 file photo. Photo by IC Photo with permission from the Chinese Football Association for use by Guam Football Association

“Having a good amount of guys who earned their first call-up or international cap – this was a huge experience for them to see the level we play at and what it takes to be a part of the Matao, on and off the pitch,” said Isiah Lagutang, one of a few players who started and played all of Guam’s three matches. “I’d say we’ve solidified how we want to be playing football and I’m lucky I got to see it really work for us first-hand.”

The same day of the Guam-China match, due to issues with entry into China by teams from Syria and Maldives, FIFA and AFC urged CFA to instead organize a neutral venue for the remaining Round 2 matches. The Matao later traveled by charter plane from Shanghai, China PR over several time zones to Dubai, UAE to play its remaining matches at Sharjah Stadium.

The remaining four teams in Group A played their final matches Tuesday. China PR defeated Syria 3-1 and the Philippines and Maldives settled for a 1-1 draw. 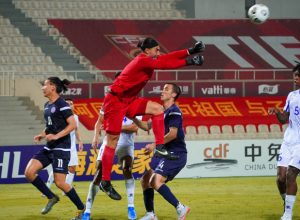 Guam’s Dallas Jaye punches the ball out of the box during a FIFA World Cup Qatar 2022™ and AFC Asian Cup China 2023™ Asian Qualifiers Group A match against the Philippines at Sharjah Stadium in the United Arab Emirates. Photo courtesy of the Philippines Football Federation (PFF) 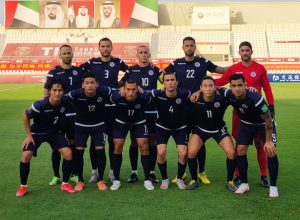 Guam’s starting 11 players selected against Philippines pose for a group photo ahead of its Round 2 match of the FIFA World Cup Qatar 2022™ and AFC Asian Cup China 2023™ Asian Qualifiers at Sharjah Stadium in the United Arab Emirates in this Jun. 11 file photo. In the photo are, front row left to right: Isiah Lagutang, Clayton Sato, Alexander Lee, Nate Lee, Kyle Halehale, and Marcus Lopez. In the back row from left to right are: John Matkin, Marlon Evans, Jason Cunliffe (captain), Travis Nicklaw, and Dallas Jaye. Photo by Guam NT Manager Julius “JR” Campos 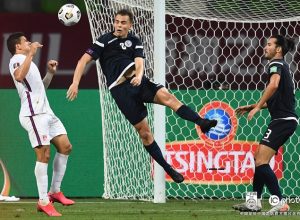 Guam’s Shane Healy clears the ball away from China PR’s Ai Kesen during a FIFA World Cup Qatar 2022™ and AFC Asian Cup China 2023™ Asian Qualifiers Group A match at the Suzhou Olympic Center Stadium in this May 30 file photo. Photo by IC Photo with permission from the Chinese Football Association for use by Guam Football Association