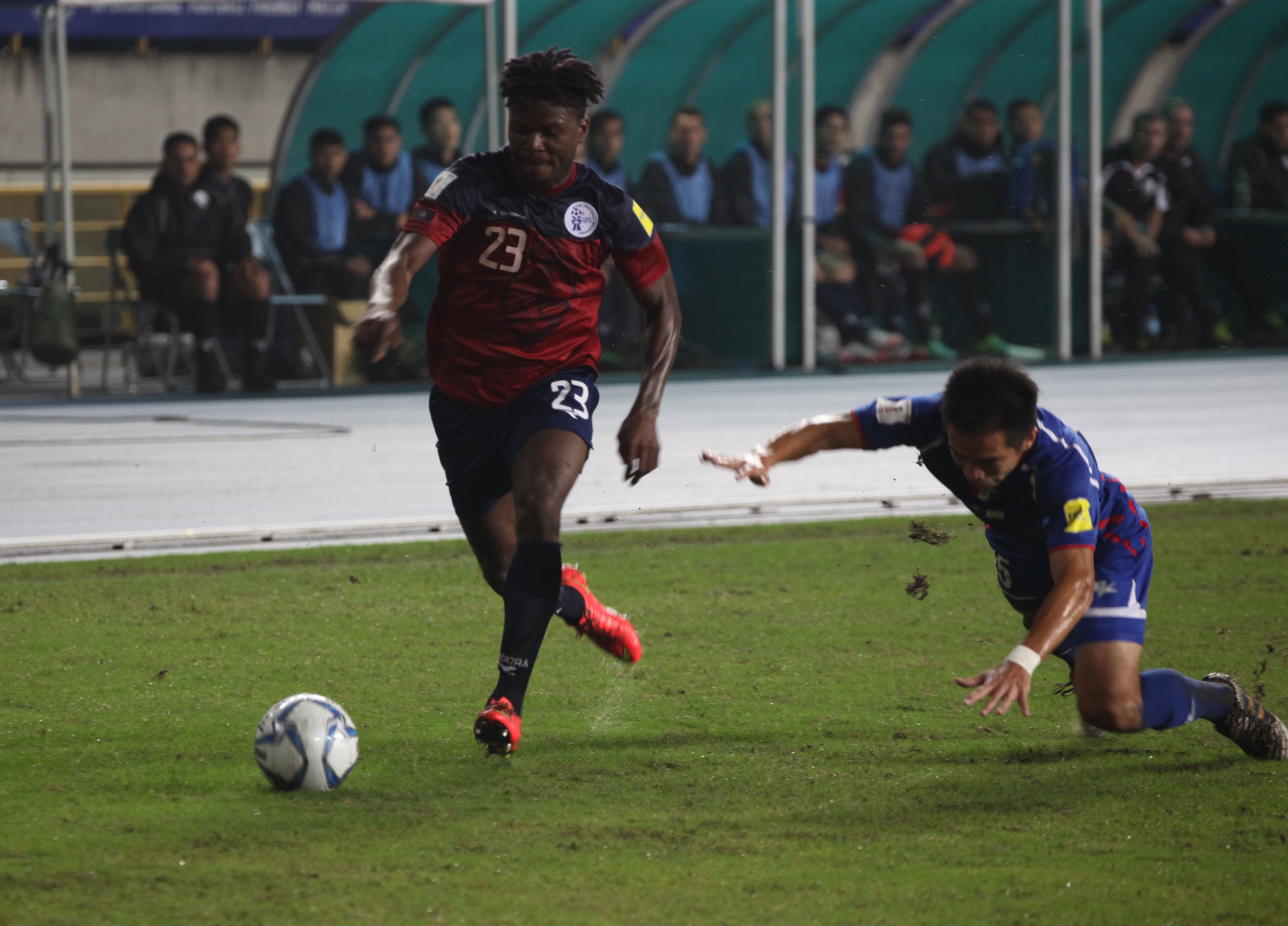 [March 20, 2016 – Taipei, Chinese Taipei] In a closely fought affair Guam has narrowly lost 3-2 to Chinese Taipei on Saturday evening in a match they dominated until a raft of second half changes handed momentum to the hosts.

In front of almost 5,000 people at the Taipei Municipal Stadium, the home side took the lead in the 5th minute but Guam responded 29 minutes later as Justin Lee grabbed his maiden goal for the Matao.

In a move begun by debutant Eddie Na, Shane Malcolm’s effort fell to Lee who was on hand to prod past the home side’s goalkeeper and level the scores.

Missing a host of first-team regulars, including AJ DeLaGarza and Shawn Nicklaw, Guam then stunned the hosts by adding a second on the 44th minute.

Travis Nicklaw, starting as the lone striker, saw his effort flash across the face of goal and after rebounding off a defender, Malcolm was on hand to stroke home the follow-up to send Guam to the break with a well-deserved lead.

Dallas Jaye replaced Doug Herrick in goal at the break and a whole host of substitutions followed as the second half wore on, including another debutant in the form of Hawaii-based striker Tye Perdido.

With so many changes in personnel, which were planned in advance to ensure players were rested ahead of the 2018 FIFA World Cup Russia and AFC Asian Cup UAE 2019 Preliminary Joint Qualification Round 2 match against Oman Mar. 24, Guam struggled to find a consistent rhythm and Chinese Taipei scored twice to ultimately win the match.

According to head coach Gary White though, there were still plenty of positives to take from the match.

“I felt that we were comfortably in control of things up until the break and then we wanted to give everyone a run and that led to the expected and inevitable broken rhythm but the positives were that we used all 21 players, including three goalkeepers as agreed with Taiwan prior to the game,” White said.

“Whilst we would have liked to have won, the most important thing was testing our strategy for the FIFA World Cup qualifier against Oman on Thursday and after being fairly comfortable at the break, we sacrificed the result for the bigger picture, the Oman game and as much we wanted the win sometimes you have to think of the bigger picture as the head coach”

“I want to thank all the organisers and the Chinese Taipei Football Association for what was a wonderfully well-organized event and the standard of the match as a whole shows just how far both nations have come in recent years.”

Guam will continue their preparations in Taipei before departing for the Omani capital, Muscat, on Monday