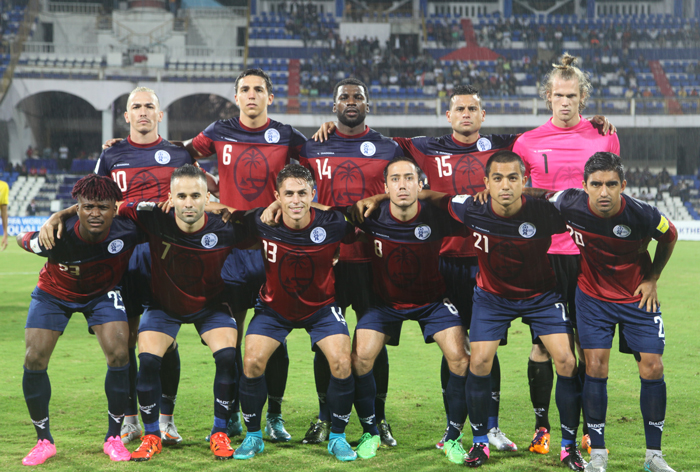 [November 15, 2015 – Yona, Guam] After a mammoth 24-hour flight from India, the Matao have arrived back in Guam ready to face their biggest test yet against Asian powerhouse Iran.

Following Thursday’s 1-0 loss to India in atrocious conditions in Bangalore the team is determined to get their 2018 FIFA World Cup campaign back on track at their home fortress.

The 1-0 scoreline against India was not at all indicative of a match that Guam dominated in terms of possession and chances with only a lack of finishing at times letting the team down.

“We watched the match again since we arrived back in Guam and the feeling was unanimous; it was a match where we were the better side throughout,” said Guam’s head coach, Gary White.

“That’s behind us now though and we are genuinely excited about the challenge of facing Iran and showing just what this team is all about.”

Both teams arrived back into Guam on the same flight via South Korea an it was apparent that the heat of humidity of the island was something that made the visiting Iranians uncomfortable.

That’s just one advantage the Matao have back at home, where they’ve never lost a competitive match and they plan on making things as uncomfortable as possible for Asia’s top-ranked nation.

“We know they won’t like playing here and I’m not sure just how seriously some of their players are treating this match so we’re going to go out and show Iran that we’re no pushovers,” said White.

After the taxing flight the team was given the afternoon off on Saturday to spend some time with their families and recover before hitting the training ground at the Leo Palace fields with renewed intensity on Sunday.

The side will complete their official FIFA training session this afternoon which will be followed by a ‘Meet the Matao’ gathering, presented by Bank of Guam.

Tickets for the Guam vs I.R. Iran match are on sale at the GFA Main Office daily, with VIP tickets at $25 each, Category 1 and 2 tickets at $20 each, and General Admission tickets at $10 each.

Story and photos by Scott McIntyre 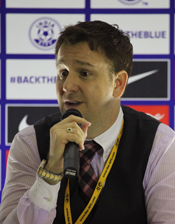 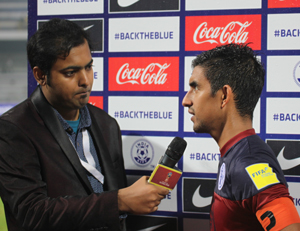